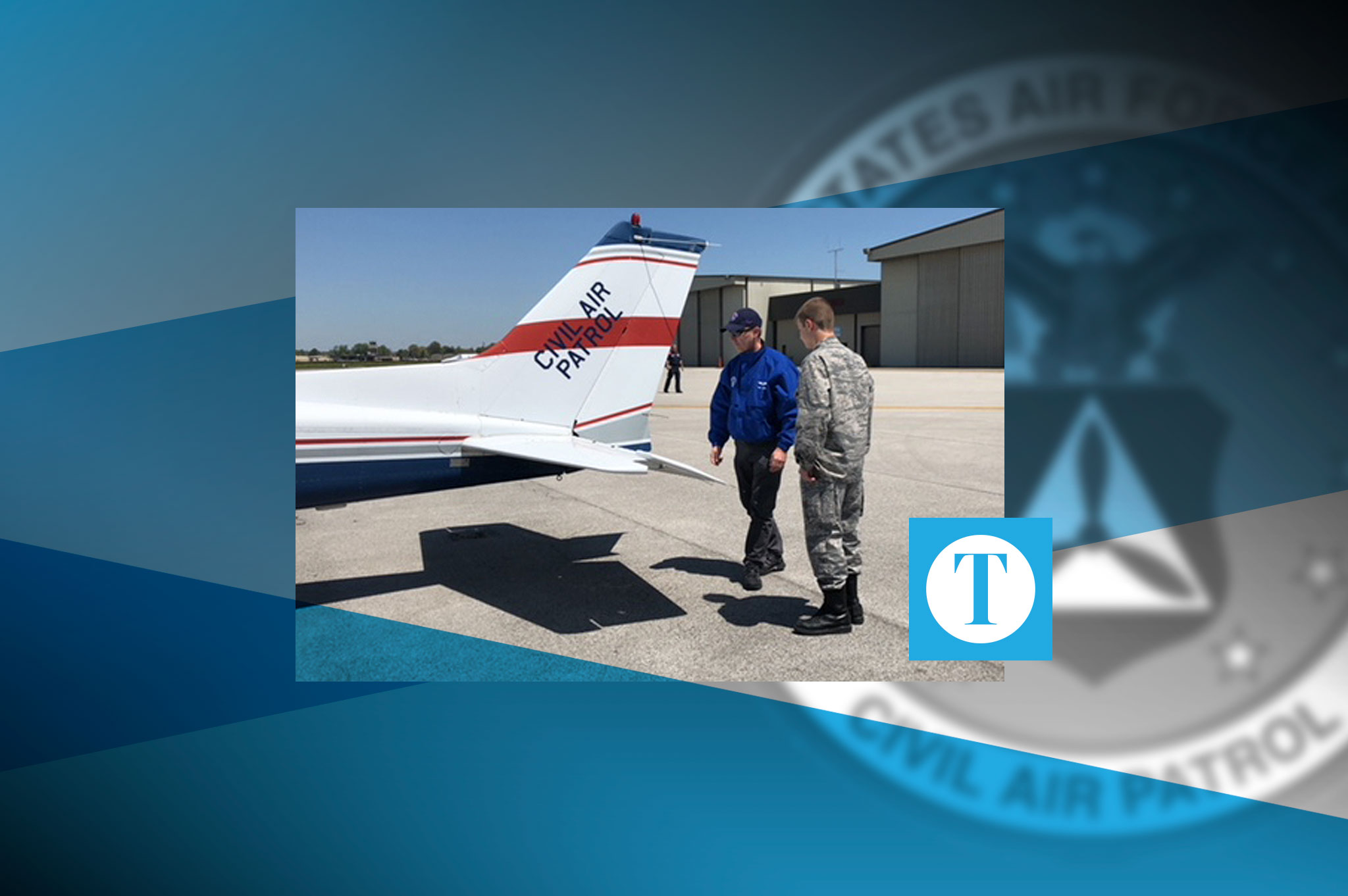 Mason Rowe is 13-years-old and already knows his career path — he wants to be a fighter pilot in U.S. Air Force.

Last year, after doing research with his dad, 1st Lieutenant Mark Rowe, Mason decided to join the Owensboro Civil Air Patrol where he is currently Master Sergeant and Flight Sergeant.

“I love flying,” Rowe said. “I would fly all day, every day if I could, but I have school.”

The CAP is the official U.S. Air Force auxiliary. They perform 90 percent of the U.S. inland search and rescue missions and volunteers also provide homeland security. The group consists of cadets, ages 12-18, and senior members who are older than 18.

Rowe said he joined the CAP last summer and loved it.

“I get to see what it’s like to be in command and learn drills that I will have to use later in the Air Force,” he said.

On Tuesday night, the Owensboro CAP held an open house at the Owensboro National Guard Armory encouraging community members to come learn more about their organization.

Rowe said whether someone wants to be in the military or not, he would encourage them to join the CAP.

“It’s not about recruiting,” he said. “But the program does teach a lot about leadership and aerospace education. So if they are fascinated with aviation like I am, then they should definitely join.”

Currently, there are nine cadets and 13 senior members in the Owensboro CAP.

Captain Patrick Deem is the Squadron Commander and said the CAP it is one of the Air Force’s best-kept secrets.

“We’ve had people in the Air Force not know about the CAP,” he said. “It is a great youth organization where you can get a lifetime of friends, but also the opportunity to learn some cool stuff.”

Deem said the organization helps keep kids from going to the streets and doing things they shouldn’t.

Interested participants must be 12-years-old and attend about three meetings before they can sign up and officially become a cadet. Once they turn 18, cadets can choose to become senior members.

“The cadets can help with disaster relief, provide support to the Air Force and it helps them develop into responsible citizens and leaders,” Deem said. “These cadets are our future.”

Second Lieutenant, Tyler Brubaker, public affairs officer for the CAP, said the organization does a lot with teaching the youth about flying, aerodynamics and rocketry.

“We can spark their imagination to possibly go into aviation or look into NASA,” he said. “It’s a neat thing everything they get to exposed to in CAP.”

CAP also has a senior program is for anyone older than 18 and a science, technology, engineering and math (STEM) program called Aerospace Education Member Program where for $35, educators or those in a field similar are able to receive free STEM kits.

Annual dues range from $25 – $60 and assistance is available with uniform costs and overnight activity fees; a fully-active cadet could incur $300 to $600 in costs during the first year.

For information on the Civil Air Patrol or to learn more about joining the Owensboro CAP, contact Deem at [email protected] or visit www.gocivilpatrol.com.