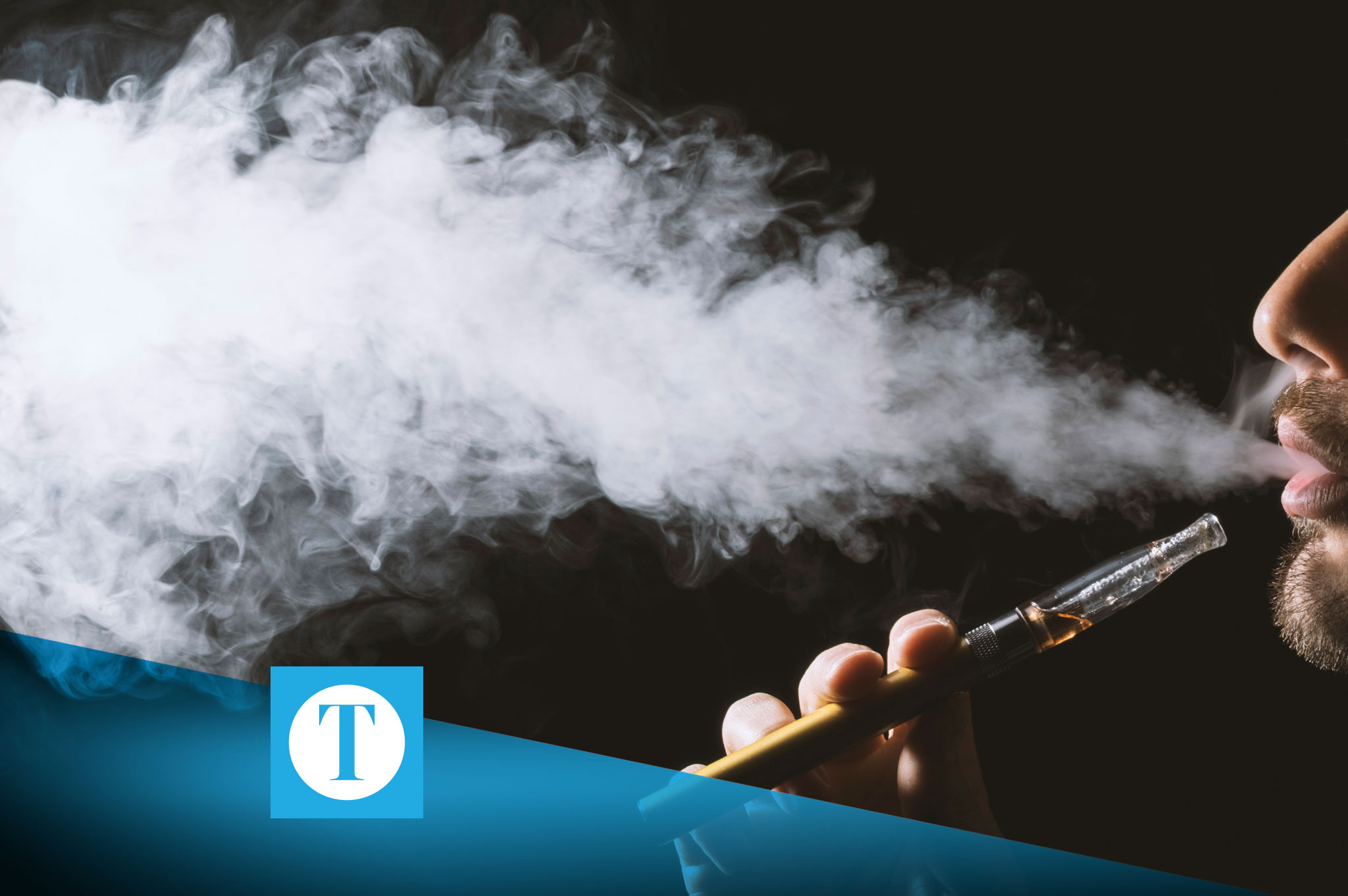 “JUULing” is the newest e-cig trend, and it’s causing problems across the board.

E-cigarettes are increasingly popular as both an alternative to smoking tobacco cigarettes and as a means of quitting cigarettes.

The e-liquid inside e-cigs normally contains a combination of flavor, Propylene Glycol (PG) and nicotine. With a variety of ‘mods’ (modifications), styles, nicotine levels, and flavors, the vaping lifestyle gives customers a variety of options. Whatever the reason for use, and regardless of debates surrounding the health risks associated with vaping, e-cigs use is on the rise.

One of the concerns in the vaping community is the use of JUUL–a vaping tool notorious for being sold to underage kids.

Jenn Johnson, general manager at eCig Source, located at 426 Salem Dr., says “JUULing” holds a negative connotation because of the nicotine levels and the methods by which the flash-drive-like e-cig is often sold.

“We don’t carry that type of e-cig at our stores,” she says. “Kids are going to find a way to get something. Parents buy it for their kids, sometimes, or friends who are over 18 will buy it for somebody. We get asked a lot if we carry the JUUL. We don’t like the product because of the higher nic (nicotine) content.”

The JUUL’s overtly high nicotine level sits at a maximum of 5.5 percent, the equivalent of a pack of cigarettes. Assistant general manager at eCig Source, Noah Epley, agrees that it’s too high of a nicotine level for most, and especially so for younger kids.

“The JUUL has a high strength of nicotine nobody needs,” he says. “Kids are getting sick from it.”

Epley and Johnson added that the JUUL gained popularity for younger-aged kids because of the design, which is small and sleek, and because of the “party mode” it comes with, which features colored lights on the product. Moreover, gas stations are known for selling the JUUL and don’t always check for underage smokers.

Deputy Tom Whitford is employed as School Resource Officer at Daviess County High School, and he says “JUULing” has gained popularity for high school students because it fits in the palm of their hand.

“It’s easy to conceal,” said Whitford. “Some people can be fooled — they’re charging it as a flash drive.”

Around seven months ago, a friend sent information to Whitford, warning him about the JUULling trend that hadn’t yet been picked up by local high school students in Daviess County. Whitford, realizing it would only be a matter of time before the trend started in the Owensboro area, contacted the National Organization of Resource Officers to prepare them.

“I haven’t confiscated any this year,” said Whitford. “Administration and the school board are handling this because it’s easier for them to spot.”

Whitford said that, when he approaches students, they often hide whatever they’re holding out of nervousness, and they hide it quickly. Teachers and staff who aren’t wearing an officer badge seem to have more opportunities to catch students vaping JUULs on campus.

“In past years, I’d gotten forty to fifty a year,” Whitford said of e-cigarettes. “This is a new thing. They’ll try it until they get caught.”

Latanzio agreed with Whitford that the size of the JUUL was part of the problem with confiscating them from underage students. Both high schools are tobacco-free campuses, so even with the exclusion of tobacco in the products, underage students possessing nicotine is its own issue. The nicotine in JUULs is considered a drug and doesn’t corroborate with either school’s drug-free regulations.

Latanzio said he doesn’t like to punish high schoolers by issuing formal citations–at least, not for a first offense.

“We handle it here for a first-time offender,” said Latanzio. “As far as discipline, punishment for a first-timer is in-house suspension. We hope kids see it as a lesson learned.”

The vaping trend has allowed for discretion in terms of smuggling illegal substances into schools. E-cigs don’t normally produce the same level of potency, as far as scent, and the THC liquid can be vaped from an e-cig the same way normal e-cig juice can be vaped, without much smell emitting from the e-cig.

DCHS Principal, Matt Mason, says Deputy Whitford has served as an incredibly valued member of the school’s staff. Mason and Whitford work together to keep their school safe, regardless of nicotine trends. While Mason agrees the JUUL is easily concealed, making it harder to confiscate, his focus remains on students’ safety.

“We do our very best,” said Mason. “We know teenagers are going to make mistakes. It’s [JUULing] across the country. They’re teens — they’re going to try these things. We want to stay ahead of it and address it. We knew about ‘JUULing’ before it got here.”

Latanzio said he hadn’t witnessed students becoming sick from vaping with a JUUL, but he’s been told it happens. As for trends, Latanzio says “JUULing” is another sign of changing times.

“This is the modern day cigarette,” he said.