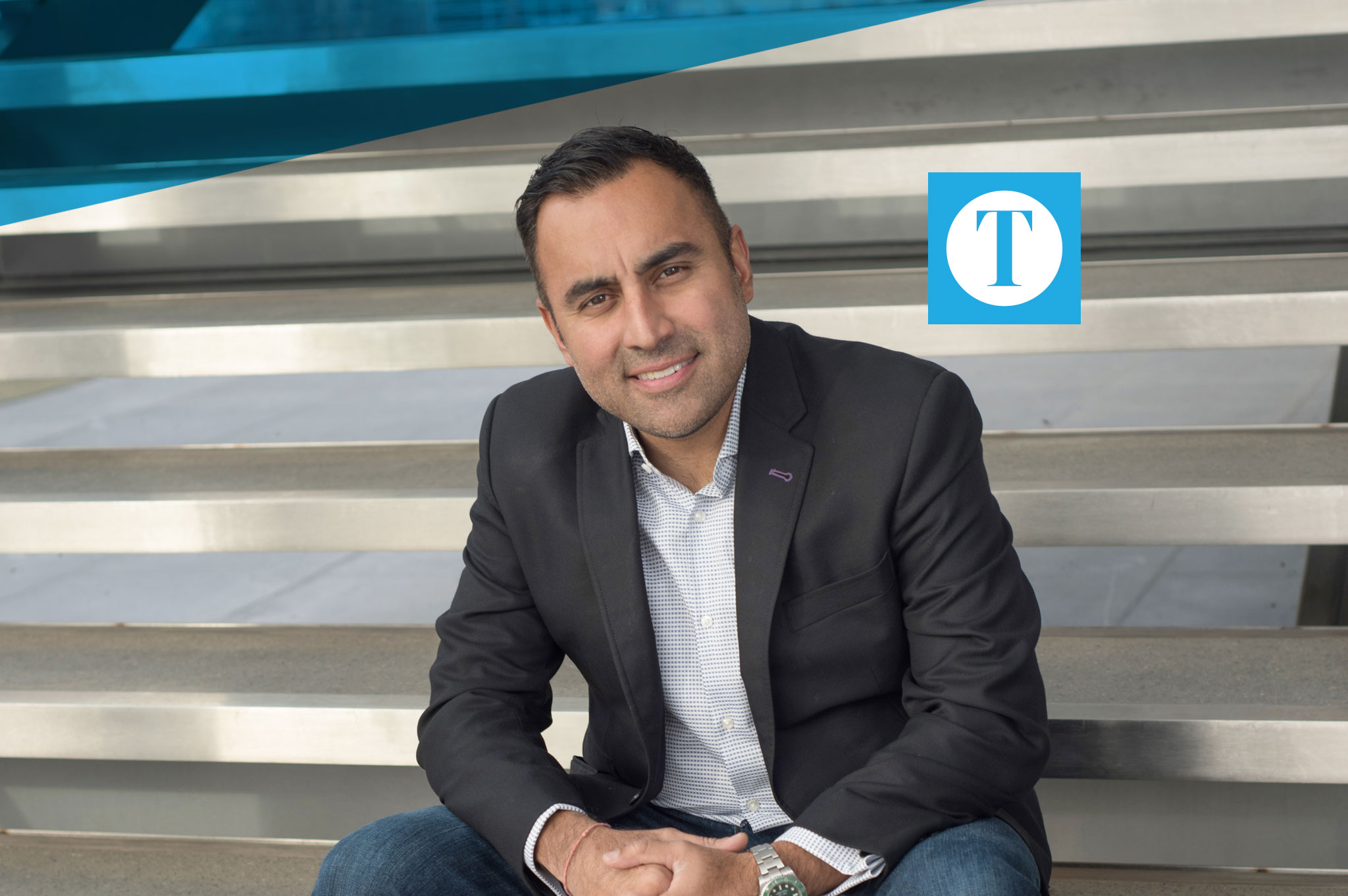 Ankur Gopal is not your typical southern gentleman. Even though he grew up in Owensboro and lives in Louisville and his family is originally from India, he refers to himself a midwesterner. He went to college in Illinois and Ohio, majoring in economics and history and now works in the coding and technology field on a global level.

Those qualities combine to make Gopal an anomaly in his career choice — an entrepreneur who is interested in bringing technology jobs that are typically outsourced to other countries back to the United States, starting with Eastern Kentucky.

Gopal hopes his company will change the narrative of Kentucky. Interapt Skills is a registered apprenticeship training program in partnership with the Department of Labor. The goal is to help the unemployed, underemployed, transitioning soldiers (and their spouses) and high schoolers jumpstart technology careers in their communities.

Attending undergraduate college in Illinois, Gopal says he grew socially, meeting people from all over the world. His first job was as a travel consultant, working to solve business problems.

“While I didn’t know what I wanted to do, I was good at solving problems,” Gopal said.

Gopal continued his education at the University of Chicago where he heard catch phrases about entrepreneurship — “take the leap,” “just do it” and “don’t take no for an answer” — but he heard one more clearly than those — “Have you made an impact?”

Gopal says there has been tremendous change in America that he compares to the 1900s or 1950s in terms of demand.

“The demand has swelled,” Gopal said. “Every company needs tech presences and tools for employees. I realized there was a business problem and a community problem and said ‘Let’s do something about it.’”

Interapt was established as a mobile and web application development firm by Gopal in 2011.

“I knew I had created a good company, and I was proud, but when I talked to David Jones, the founder of Humana, he said ‘You’re not thinking big enough,’” Gopal said.

Gopal said it was mostly his mindset holding him back, and decided “OK, let’s build a great company.”

In 2016, Governor Matt Bevin came to Gopal’s office and met the development team. Impressed, Bevin asked where they had come from and Gopal explained his apprenticeship model. Representative Hal Rogers became interested and asked Gopal if this could work on a larger scale.

“I didn’t know [the answer],” Gopal said. “I thought about it the way I think about anything — with my white board, problem to solve and some bourbon. I found 42 risks initially, but then I began removing them saying, ‘If we do this, this goes away’ until I was down to two risks: will people understand and be able to pass the class and will companies be willing to hire non-college graduates.”

Given the approval to get the training program off the ground, Gopal knew it would solve a big problem in rural Kentucky — to create the supply to meet the demand.

In the first class of 50 students, 35 passed the program. Of those, 33 are still employed in technology jobs with 16 to 20 working at Interapt.

Interapt now also fills the technology gap by training a new generation of talented software developers. It is successfully providing training and employment opportunities for people Gopal says are traditionally excluded from the technology economy.

“If there is aptitude, drive, and commitment in a person, in six months they can do it,” Gopal said. “Especially when we pay people to learn. We take that off the table — the worry about food, child care and money. And the value in that kicks back quickly when they are employed. People aren’t looking for a handout, they are looking for hope.”

While altruistic, Gopal’s venture is also capitalistic at the same time. Interapt has won several awards, including being one of 10 Google partners in a global program exploring Google Glass and wearable technology; and the Gartner Cool Vendor award, received by companies like Nest, Instagram and Airbnb.

Interapt now has credibility in the technology world and CIOs and CEOs now look to the company for non-traditional hires. Most companies use typical methods for hiring employees — college recruiting, referrals and online models like CareerBuilder. Most of the Gopal’s students would not get a first interview.

Beyond their training, Gopal’s students travel to client sites, getting life and work experiences while building confidence.

Gopal says that because Inerapt is hiring the students, the company has credibility. But students are finding successful careers outside of Interapt.

“We even have one developer who is teaching college kids and another making $80,000 through our registered apprenticeship model,” Gopal said.

Interapt has expanded its model, working with companies like Elavon, Accenture, Chick-fil-A and Ernst & Young. It is also expanding into Ft. Knox and Elizabethtown and is currently in negotiations with companies in Detroit.

“There is a tremendous need for skilled people and people left behind in technology,” Gopal said. “It takes a creative company, and not always government intervention, to solve an American problem. We’ve gotten a lot of support and formed partnerships from around the country from companies, philanthropic groups, educators and political leaders.”

Gopal says none of this was in the script, but his growth as a human being has been shaped by his service.

“I came from a good family, a good community, a good university and a good company,” Gopal said. “I had a great job. But just like someone on food stamps, I had one opportunity, one shot — and I chose to pay it forward.”

Gopal often speaks at technology conferences and events for one reason  — he wants to show it can be done. He says growing up in Owensboro made him appreciate the people that helped his family build roots in the community. Gopal says he takes those roots around the globe.

“When you truly give opportunity as a service … what you are doing is telling your fellow human beings that ‘you belong, you are worthy, you are relevant, you have potential, you have hope, you are enough,”’ Gopal said.

Watch these videos of Gopal on The Daily Show with Trevor Noah and speaking at TedX.