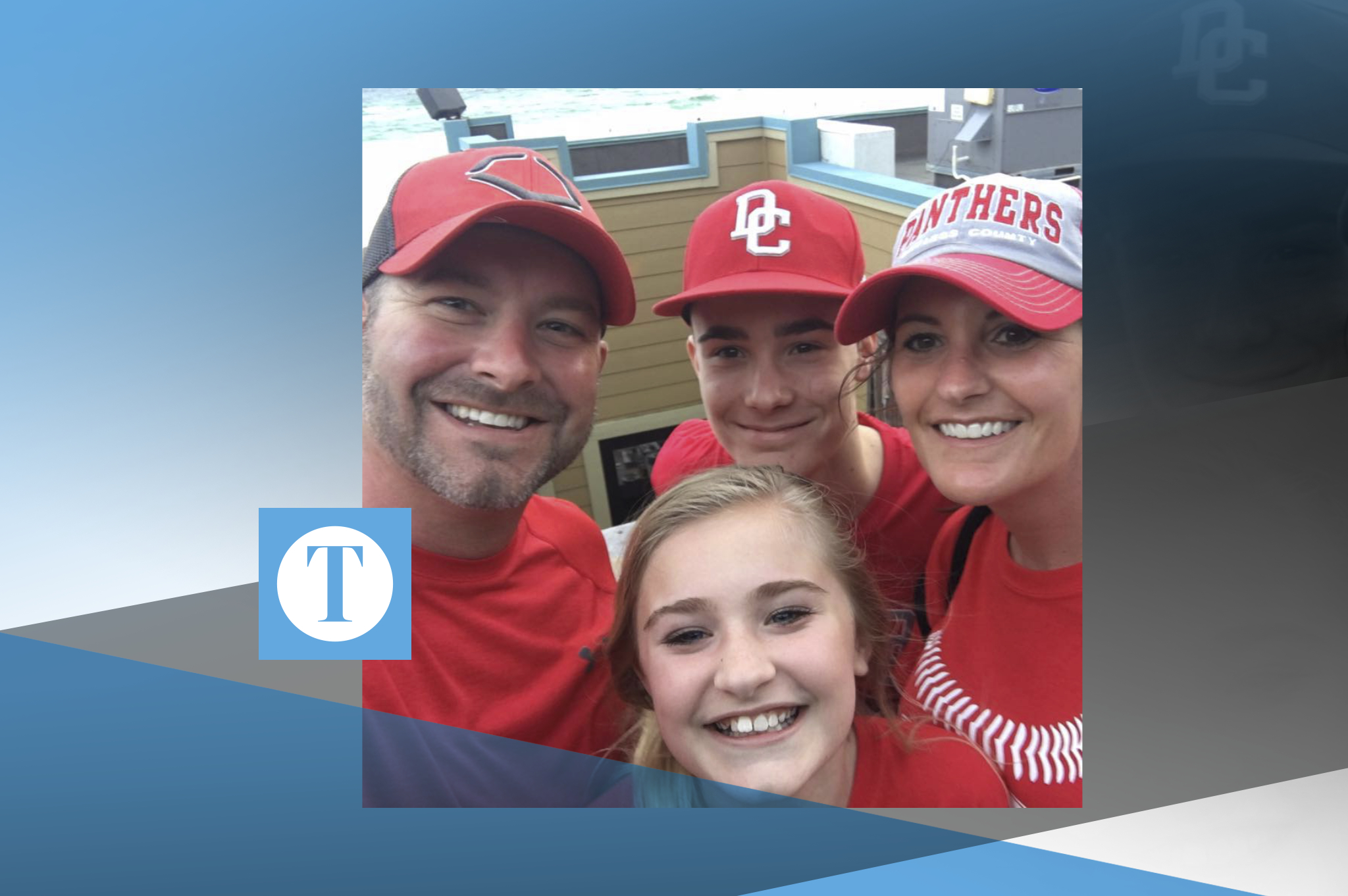 Grant Oller, a 16-year-old junior at Daviess County High School, woke last Saturday, Sept. 22, with a cough. He commented to his parents that he “didn’t feel like himself,” and laid around for the day. Though this behavior may be typical in most teenager’s routines, this was unlike Grant.

Sunday, after working at Beef O’Brady’s, Grant returned home and went to bed with a fever, still coughing. His mother, Kelly, was worried and contacted a nurse at his pediatrician’s office to see if a trip to urgent care was necessary or if they should just want until Monday for office hours.

Monday at the pediatrician’s office, Grant’s oxygen saturation levels were lower than normal, indicating his lungs were stressed, so he was referred to Owensboro Health Regional Hospital’s Emergency Department. The ED evaluated Grant and, after a diagnosis of bilateral pneumonia, he was admitted.

By Wednesday, Grant’s condition was not improving; in fact, he was coughing more, so his parents  Nick and Kelly, insisted on a referral to Norton’s Children’s Hospital in Louisville.

“Norton’s brought a helicopter and picked him up,” Nick said. “They intubated him in Owensboro and then flew him to Norton’s in about 40-45 minutes. Since then, Grant has been on a ventilator and antibiotics and also had several chest x-rays.”

Grant’s condition has not seen the improvement expected by physicians and his family even though all lab tests and bloodwork have come back “picture perfect.”

“Everyone keeps asking ‘How does a 16 year old have these unhealthy lungs?’” said Nick.

Even though he was on a ventilator, Grant was communicating by white board asking for his girlfriend and grandmother.

“He has developed his own kind of sign language that took some time to understand,” said Nick.

On Saturday, while Grant’s girlfriend Avery was visiting him, he began coughing, “just a little but nothing unusual.” However, his oxygen saturation levels kept dropping — from 90 percent, to 70 percent and then down to 50 percent.

“All of the respiratory therapists and physicians and nurses on his team were able to get him stabilized. He had just exhausted himself — and his lungs — so much,” Nick said.

Grant’s team of doctors made the decision to place him on extracorporeal membrane oxygenation, or ECMO. This machine is used to add oxygen to the blood for patients with life-threatening heart and/or lung problems.

“The ECMO machine is allowing his lungs not to work as this [machine] is how his lungs are working,” said Nick. “This gives the lungs time to heal and he isn’t fighting that.”

Grant’s oxygen levels on ECMO did not reach the levels the medical staff had hoped, so doctors rerouted the blood and are optimistic since the saturation levels increased to 85 percent and seem to be staying in the normal range. All involved are still unclear why his lungs are “so sick.” An infectious disease team is joining Grant’s current team to consider all possibilities for his weakened lungs.

Grant has been on the machine now for 15-20 hours, and everything is stable and all levels good,” said Oller. “They are hoping for recovery but keep going back to how sick his lungs are. He can stay on ECMO for weeks, but his doctors [and family] are hoping that it isn’t longer than a week or two weeks.”

Though fully sedated, if Grant does well tonight and tomorrow, he may be weaned off the sedation, and be awake but still on ECMO.

“It’s a nightmare you can’t wake up from,” said Nick.

Tonight, a prayer vigil is being held at 7 p.m. at the DCHS baseball field for Grant and his family. Although the Ollers and their daughter Kaden will be in Louisville with Grant, community members are encouraged to attend or keep the Ollers in their prayers.

“This event was organized by baseball parents as a way to show support. It goes to show how supportive the baseball community is for one of its players and family,” said Brandon Dennis, DCHS head baseball coach.