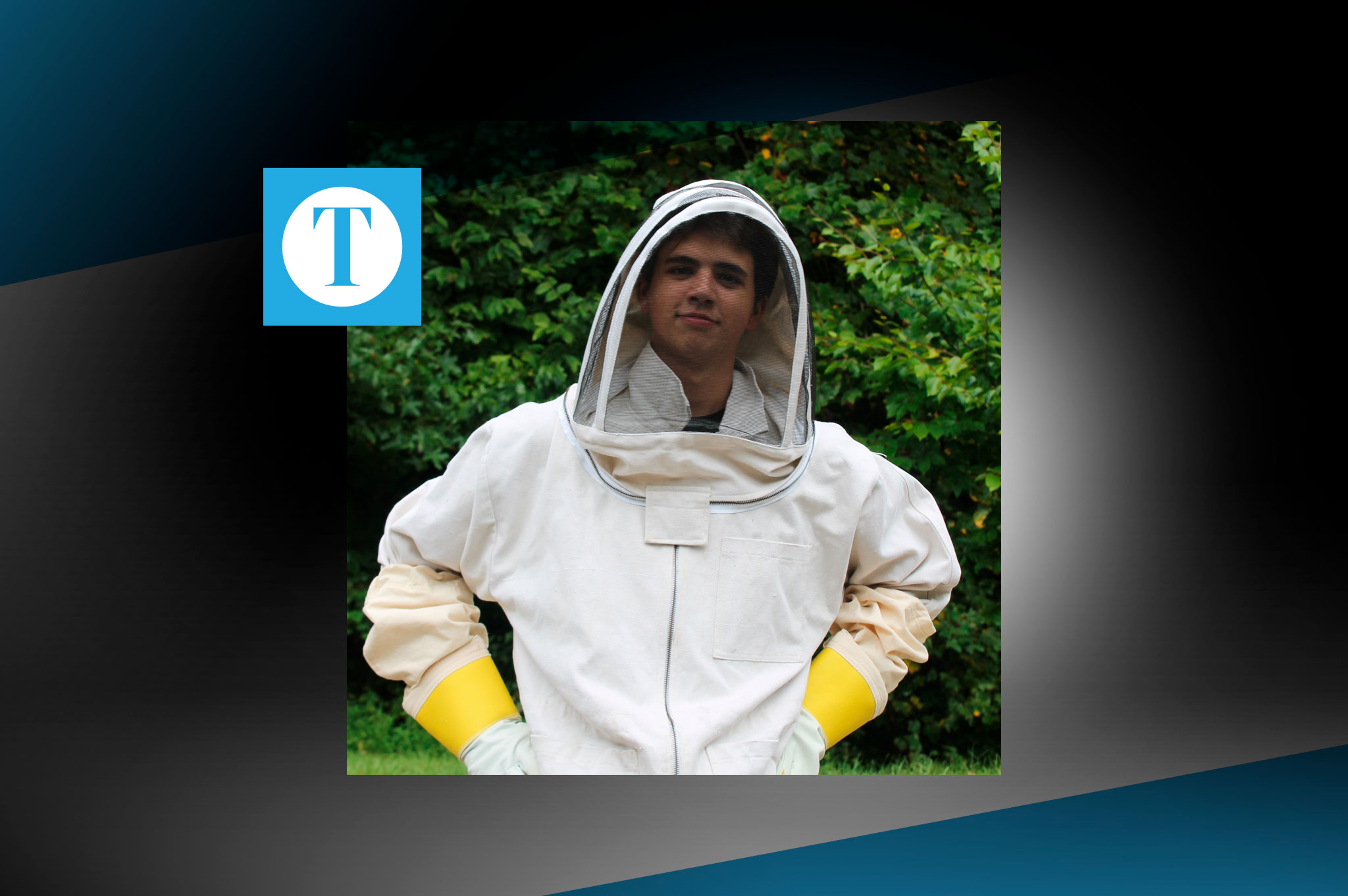 Jay Powers, a 17-year-old junior at Daviess County High School, has an interesting working relationship with a family friend. On weekends and during his free time, Powers has been joining Obbie Todd to learn the art of beekeeping.

Todd, a retired teacher, was taught beekeeping by a late friend, so he felt the tug to teach someone else about it. In December 2017, Todd reached out to Powers.

Powers was interested but not sure what would be involved. His initial investment was a $70 bee suit and Todd provided a hive and a swarm of bees to start Powers off.

For six years, Todd has kept the bees on his land by Ben Hawes State Park. Powers and Todd have checked on the bees every couple of weeks, but some stages require them to check more frequently.

“The hardest part was keeping the bees alive through the cold winter months,” Powers said. “We harvested early so the bees could replenish their honey before the winter — hopefully. They need the honey to survive.”

Powers bought some Mason jars for his first batch of honey since he got around two gallons from his hive.

“Extracting the honey was the most fun,” Powers said. “Using the rake to let the honey drip out was rewarding after months of anticipating actually having the honey.”

Powers sold his honey quickly and he hopes to continue beekeeping and to add more hives in the future as a side business.

“With more hives, I would get more honey to sell,” Powers said.

Though it hasn’t happened yet, Powers isn’t worried about being stung. He says he knows the bees aren’t coming after him — they are more worried about making honey and keeping the queen happy.

“It’s really easy from my end. The bees do all the work,” Powers said.