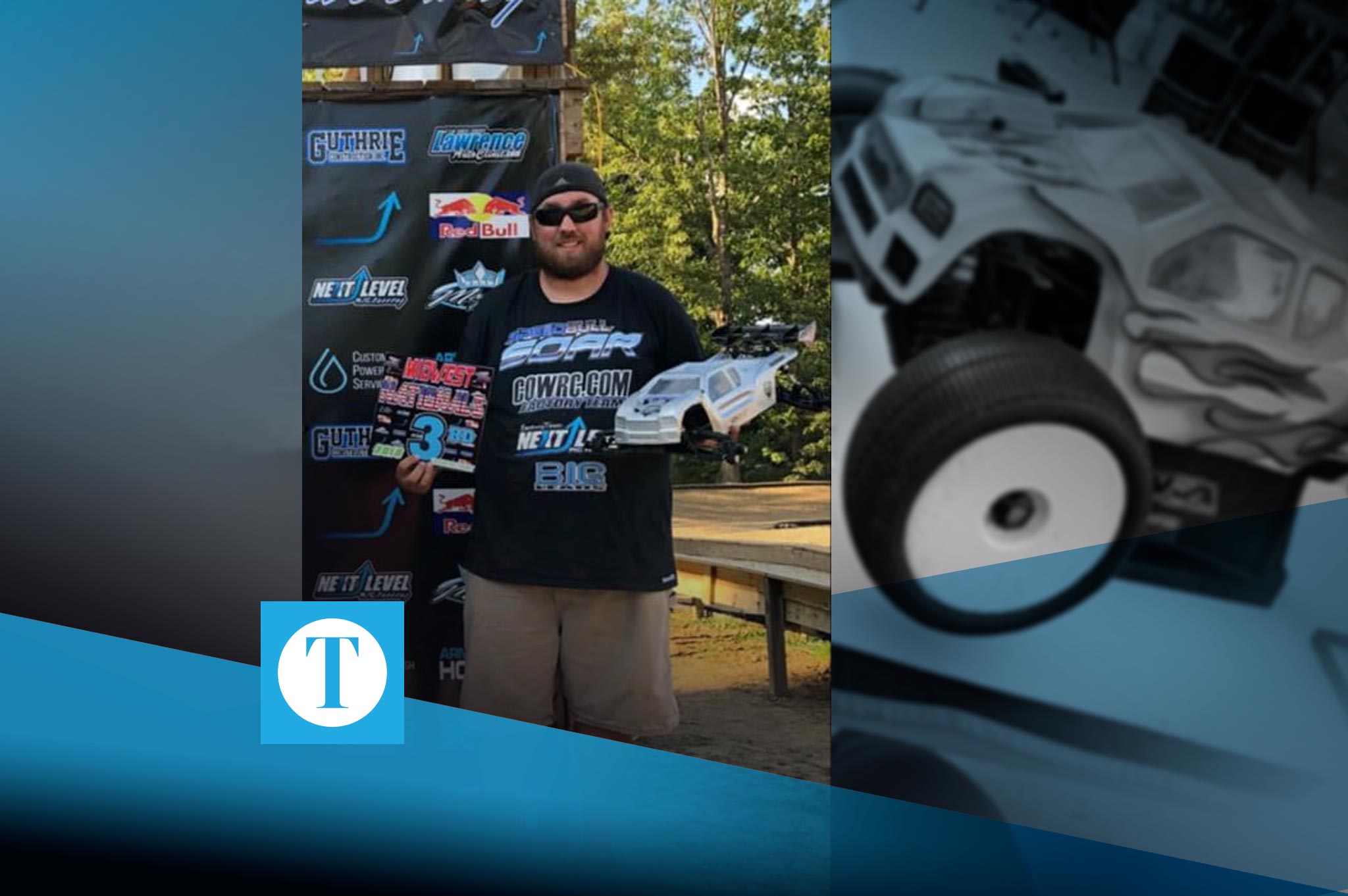 Matt Roth owns The Lawn Ranger mowing service company, but when he isn’t working, he is known for his hobby of remote control racing — R/C racing to the enthusiasts.

About nine years ago, Roth saw R/Cs racing at the now-vacant Golfland and thought, “Man, that is something cool to do.” The rest is history.

Roth began racing at Golfland and in Reo, Indiana, but both have since closed. Now Roth travels out of state to R/C speedways to race.

R/C racing is like any other racing in that it has different skill levels and classes; the only differences are the scale of the R/C vehicles and the cost.

Roth became serious about racing a few years ago but soon realized the cost of the vehicles — around $1,200 — and has since secured sponsorship for his racing. Soar Speedbull, Cow RC, Next Level RC and Big Leads are his main sponsors, which helps with expenses for the travel and spare parts Roth needs to race.

“Racing is as expensive as you want it to be,” Roth said. “Tires are always expensive and so are tools. You can get cheap ones to expensive.”

Roth works “one to two” hours a night throughout the week getting ready for races so he doesn’t have to do it the night before he leaves. Currently, he is in the summer point series races at Midwest Nationals in Cambria, Illinois, and will complete the final round Sept. 29, when trophies will be given.

Roth has also raced at the Alabama Manufacturer Shootout in Cullman, Alabama, which offers one of the southeast’s largest indoor offroad events of the year. It is four and a half hours from Owensboro.

“There used to be several R/C racers in Owensboro, but once Golfland closed, people went to different hobbies,” Roth said. “The downside is you now have to travel — at least two and a half hours — if you want to race.”

The format for the AMS races was two days of practice on Thursday and Friday, heat races of three qualifying rounds on Saturday and the main races started on Saturday night and ran through Sunday. The top 12 racers from the qualifiers were put into classes and then raced in those classes. At AMS, Roth came in 18th out of 47 R/C racers. He enjoyed the qualifiers most.

“It doesn’t matter where you start, it’s about the time,” Roth said.

The same could be said about the future of Roth’s racing close to home.