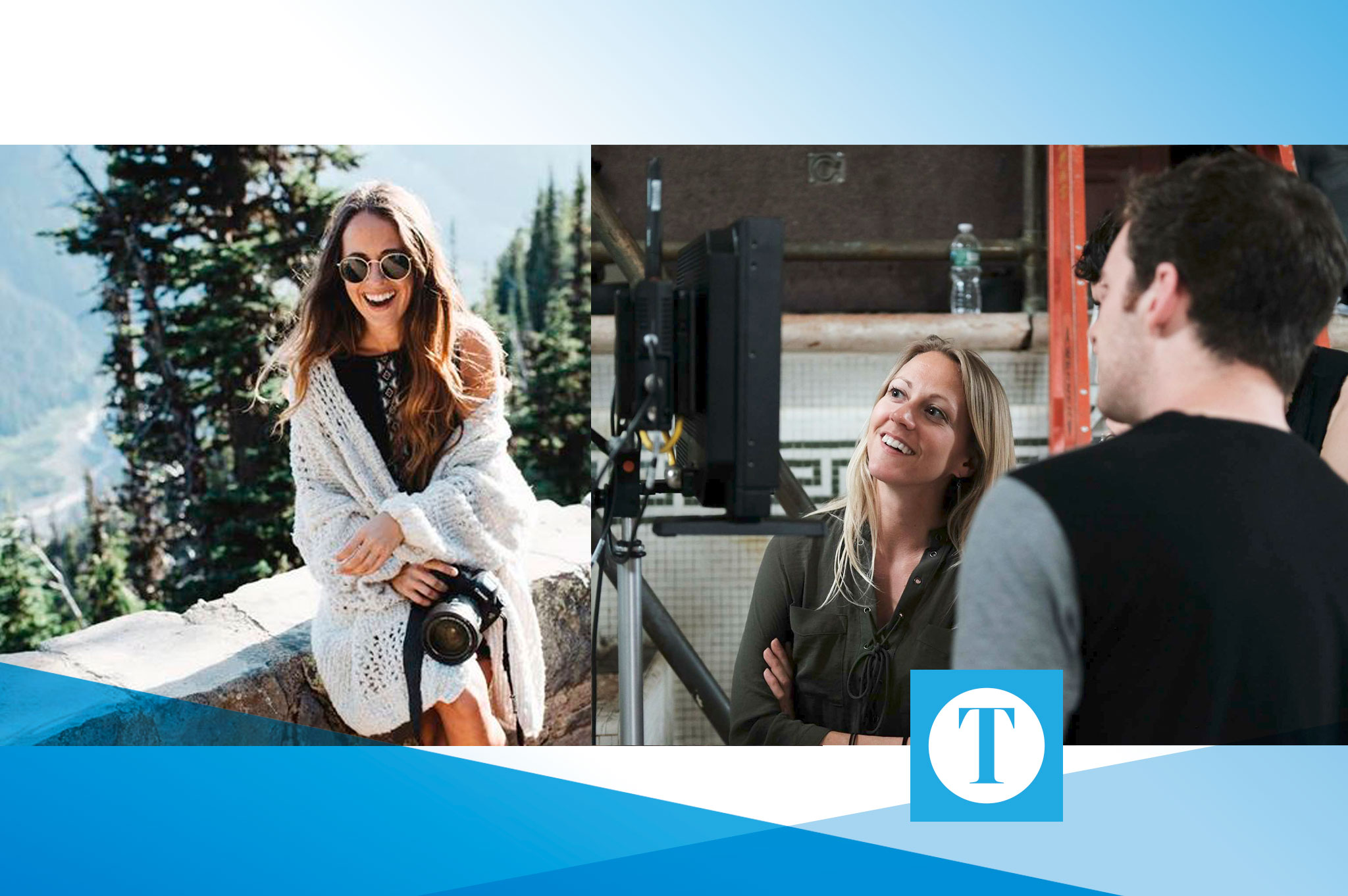 Owensboro may be a small city, but it grows some big dreamers. Two women with extraordinary careers show just how far someone with Owensboro roots can go.

Mandee Mallonee, 31, grew up in Owensboro but spends her days in the Los Angeles sunshine now as a music video commissioner for Atlantic Records. She oversees music videos from inception to completion.

“When an artist comes to me with a song, I help match them with a director who can bring their ideas to life,” she said. “I’ll attend video shoots and editing sessions to ensure that when a video is released, it’s representative of the artist and their vision.”

Mallonee basically has her dream job. After attending college at the Savannah College of Art and Design in Savannah, GA, she knew she wanted to work in video production.

“I always had an affinity for music videos so after I graduated, I reached out to my favorite production company in Los Angeles and started working with them,” Mallonee said. “On one music video, I met a commissioner — the job I do now — and learned the ropes from her.  From there, I eventually started commissioning on my own and began working at Atlantic Records in 2016.”

Most recently she’s worked on the video for Twenty One Pilots’ “My Blood,” which premiered last week.

She said one of the best parts of her job is being able to almost immediately gauge the public’s reception of a project.

“In this day and age, our work gets immediate and direct feedback,” Mallonee said. “From comments on YouTube to sharing on social media, we’re able to see from fans how our work affects them personally. Being able to read our audience’s own words on how much they love a video — or what can be improved upon — drives us to continue doing what we do.”

Mallonee was recently promoted to be head of video production for Elektra Music Group, part of Atlantic Records that’s branching off to be its own label, where she’ll keep pursuing her lifelong dreams.

“I love my job.  It’s what I’ve had a passion for since a young age,” she said. “I want to continue making music videos for today’s top artists and help develop visuals that push the envelope and become a talking point in the current music industry.”

Malonee isn’t the only Owensboro girl thinking internationally. Abbie Roden, 28, who grew up in Owensboro, recently made the move to London, where she works as a social media strategist and photographer.

Her goal is to get her own business up and running.

“Right now I am just working as a contractor for brands, but I eventually want to be known as a boutique creative agency that helps brands with all things social, photography, influencers,” Roden said.

It’s been quite the journey.

Roden studied marketing and photography at the University of Kentucky and interned with  Andrew Kung, a fashion photographer based out of Lousiville. She said he taught her everything she knows about photography.

The summer after her junior year of college, Roden applied to 65 internships and only got a reply from one. That one was life-changing. It was from the photo editor at Shape magazine, who hired her for a photo internship and would continue to hire her for freelance jobs after that, despite her initial sentiments.

“She told me in the elevator on my first day — 5 seconds after meeting her for the first time  — ‘99% of our interns are forgettable,'” Roden said.

After college Roden took a gap year and traveled through Europe, Asia, and Australia, working odd jobs to pay her way. In Australia, she started reaching out to people on LinkedIn and landed a coffee meeting with someone from Switched on Media. She was hired as a part-time Social Media Specialist.

“Instagram was starting to become big for businesses and I wanted to learn as much as possible from him,” she said.

She moved back to the states in 2013 to work for the same person who hired her at Shape magazine, but this time at Men’s Fitness magazine as Photo Researcher, researching and purchasing the imagery for all stories that were going on to MensFitness.com.

But she missed the business side of things that she’d been doing as a social media strategist and wanted to create her own content. She started reaching out to people on LinkedIn as she’d done in the past, and this time ended up with a coffee meeting with The Frye Company.

Through persistent communication and pitching her own ideas to them, she landed the role she was initially turned down for at the company. She now does all their social media strategy.

“I’ve built the FRYE influencer network from the ground up, working with everyone from @somethingnavy to @songofstyle to @juliahengel, and I shoot all of the photography, not only for social media but also for the website, emails and digital advertising,” she said.

Her client list is growing. With her new location in Great Britain, she’s picking up other British brands as clients, including Cefinn, Samantha Cameron’s brand.  She also just completed what she called her biggest accomplishment so far — a 12-page fashion photo spread in Cosmopolitan UK.

Roden stresses that while it may seem like her job is glamorous, she worked to get to the level she’s at — taking jobs here and there along the way to make connections and pay the bills.

“My first ever job was at Famous Bistro when I was 15. My second job in high school was at Niko’s. I am forever grateful for Niko,” she said. “His love for Greece really made me curious about the world and sparked my curiosity to get out there and see more of it; I also know how to properly set a table, slice bread, and clean plates for presentation because of him.”

Roden’s advice for anyone else wanting to chase their dreams comes in three parts: take risks, networking is key and experience as much as possible.

Both women said they missed lots of things about Owensboro and are proud of where they come from.

“Whether it’s Old Hickory mutton or running into friendly and familiar faces around town, Owensboro will always be home and I’m proud to represent the Bluegrass wherever work takes me,” said Mallonee.