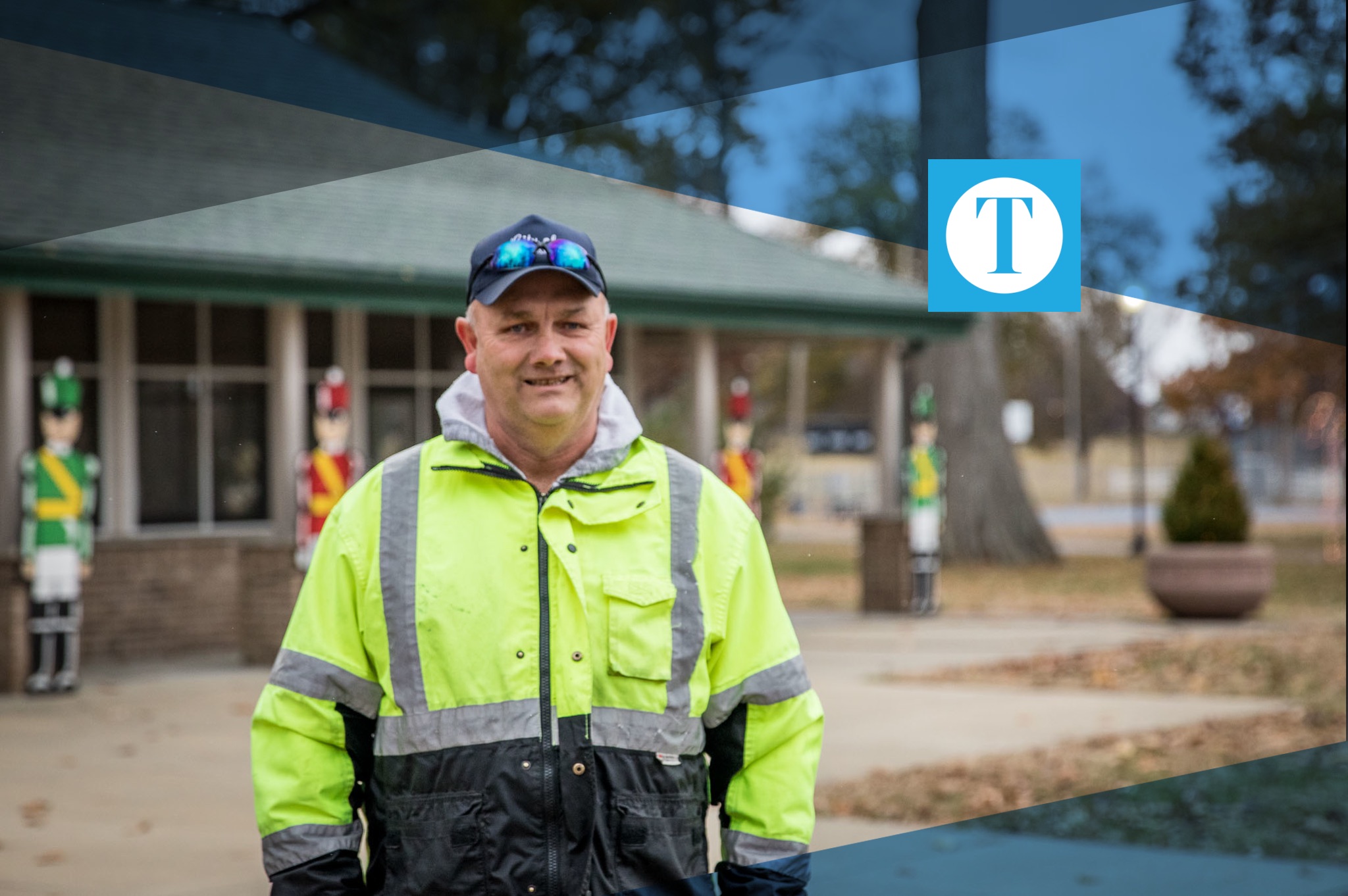 Jonathan Cook will retire at the end of November. He has been responsible for the Legion Park Christmas lights for 30 of its 32 years. | Photo by AP Imagery

Jonathan Cook, equipment operator for Owensboro Public Works, has been responsible for the Christmas lights at Legion Park for 30 years. This year’s 32nd annual Holiday in the Park display was the last for Cook, who is set to retire from the City of Owensboro on Friday.

“I will miss it, but I will still come out and enjoy the lights,” Cook said.

Cook has been bringing his daughters to Holiday in the Park since they were little. He laughed that they wanted to visit the park nightly when they were young. Now 24 and 19 years old, Cook’s daughters still walk through park to see the light displays with their dad.

Holiday in the Park boasts 200,000 individual lights in about 50 structures or 18 scenes scattered along the half-mile walking path.

“I take a lot of pride,” Cook said of his work. “I don’t want to just throw lights in the trees.”

Cook said his team will start loading Christmas decorations onto a trailer the week of Halloween. Between displays downtown, at Legion Park and Tapscott Corner at Parrish Avenue and Frederica Street, Cook said decorating will typically take three weeks.

In the 30 years that Cook has been lighting Legion Park, he has seen the evolution of the displays. In the early years of Holiday in the Park, the displays were painted, wooden structures sponsored by local businesses — an initiative of former Parks Director Cyndi Sturgeon and Facilities Manager Bill Jackson.

An F-3 tornado devastated parts of Owensboro on Jan. 3, 2000, including many of the displays at Legion Park. Since then, the parks department has replaced the wooden structures with the lighted displays enjoyed by the community today. According to Cook, three of the wooden scenes remain, including the toy soldiers that now line one of the Legion Park shelters.

Current Parks and Recreation Director Amanda Rogers has been working with Cook for 16 years. She said Cook, known to his co-workers as “Cookie,” always has a smile on his face and is the kind of guy you want on your team.

“Personally, I think he sees this as a way to share Christmas with the community,” Rogers said. “He gives Christmas to Owensboro.”

And while he is excited about his next chapter, Cook said he hopes Holiday in the Park will continue.

“I don’t want it to fade away after I leave,” Cook said.

Rogers says that won’t happen. She hopes that she can bring back the community sponsorship support for Holiday in the Park that was seen in its early days. With the 35th anniversary approaching soon, she hopes Holiday in the Park can be better than ever, with a possible lighting ceremony and even more light displays.