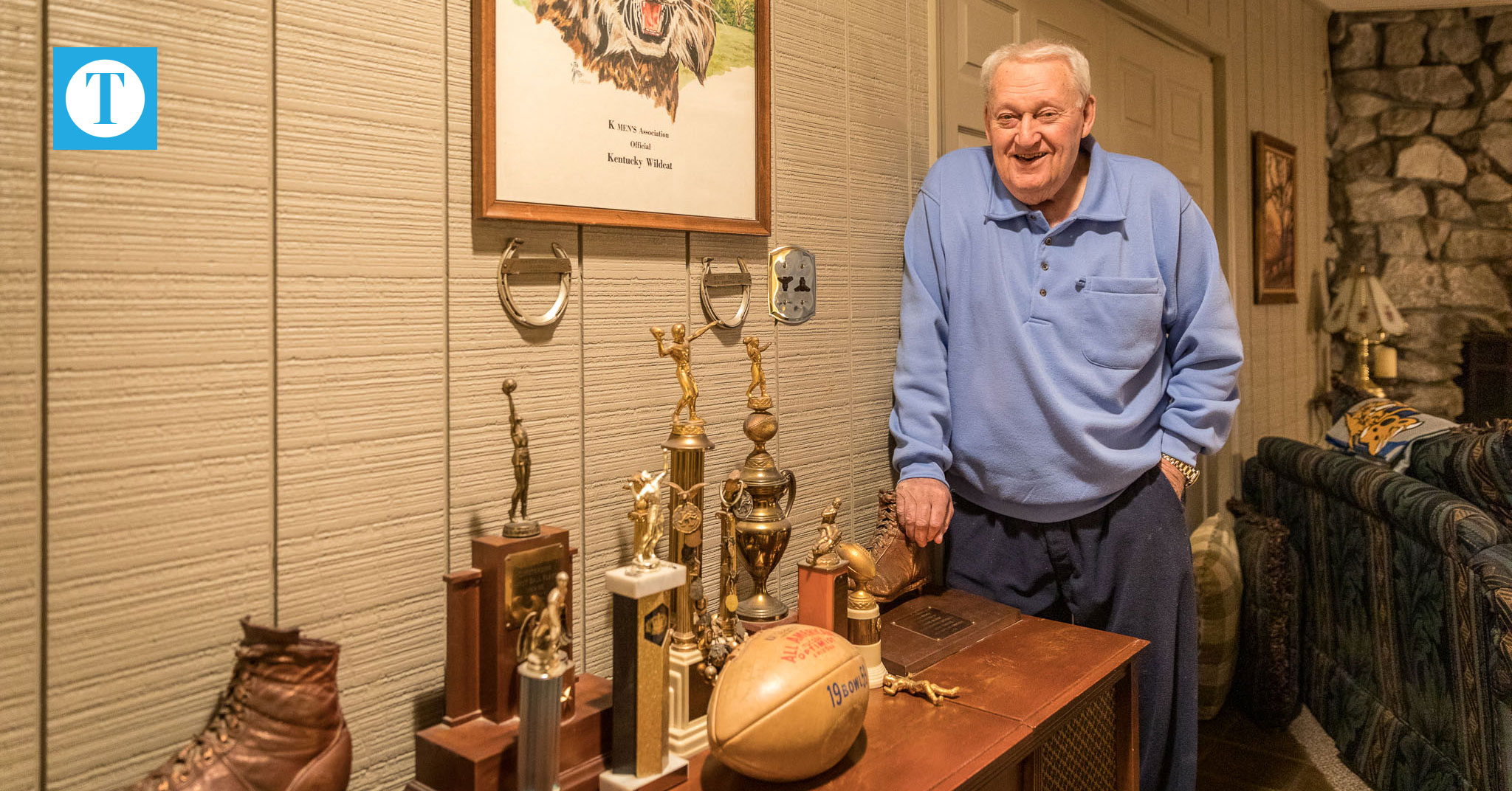 Bobby Cravens has achieved quite a bit in his life: all-state running back at Owensboro High School, second-leading rusher in the conference at the University of Kentucky and a 26-year veteran of the Owensboro Police Department. He and his wife Jane have been married for 63 years; they have five kids, 12 grandkids and 5 great-grandkids. By any measure, he has done well.

For three weeks in 1955, though, no one knew where he and Jane were.

Smack in the middle of football season during their freshman year at UK, the high school sweethearts decided to get married. He was 18 and “got tired of waiting.”

They stopped in Shawneetown, Illinois, the popular spot for quick weddings in the 1950s according to Cravens, where they got a license, found a justice of the peace and tied the knot before heading out to Tucson, Ariz., for a three-week honeymoon.

They just neglected to let anyone know their plans. The jig was finally up when they read a newspaper article saying their parents were looking for them. At that point, they figured they should come home.

“Our parents were quite surprised,” he said.

When they returned, UK gave Cravens a marriage scholarship and he resumed his football career. Although the team didn’t have a winning record, they beat rival Tennessee three out of Cravens’ four years.

“If I had to highlight anything, that would be it,” he said.

Cravens played running back and cornerback –athletes played both offense and defense back then — and made all-SEC twice. His junior year, he was the second-leading rusher in the conference. By graduation in 1959, he and Jane had two kids.

He received an offer to play for the Ottawa Rough Riders in the Canadian Football League, and played a year before moving back to Owensboro with Jane and the kids.

The couple had three more children. He worked a couple of years for the highway department and then began a career with the Owensboro Police Department that would last 26 years until he retired as a sergeant.

Cravens patrolled the streets where he grew up, attended high school and roamed the gridiron, helping OHS become the number one team in the state in 1954. He also ran track, played baseball and earned all-state status in basketball. In 1955, he played in a national all-star game in Memphis, earning MVP honors before heading to college.

Other members of that OHS football team included Waymond Morris (future mayor of Owensboro) and G. Ted Smith (future city manager of Owensboro). Cravens built lifelong friendships with them, and Morris played football at UK with him. In fact, one day on the football field, Morris gave Cravens the nickname that would stick with him for life: Moose.

“More people call me that than my real name,” he said.

Now 81, Moose stays in touch with UK and watches plenty of sports on television — he’s still sharp when it comes to talking Kentucky football.

“I’m at a loss for words” to describe this season, he said. “It was totally unexpected. They’ve got a great coach and Snell’s a great player. Josh Allen will be one of the top picks in the draft.”

All the Cravens kids, grandkids and great-grandkids will be home for Christmas. Hopefully none of them will reprise a stunt Moose pulled when he was 13 and in the middle of a snowball fight with his friends.

As a police car rolled by, Moose decided to try to jump over it. He almost made it, but landed with his rear end on the windshield, which promptly shattered, doing major damage to both the car and his rear. He somehow avoided getting in trouble, but it should be noted that the group of friends included a future mayor and a future city manager of Owensboro.

Not long ago, Kandi Gilbreath, the Cravens’ neighbor, found a 1959 Canadian Football League trading card on Ebay featuring Moose, although his name is misspelled “Bobby Gravens.” She bought the card and enjoys knowing the life story of the football star who lives right across the street.