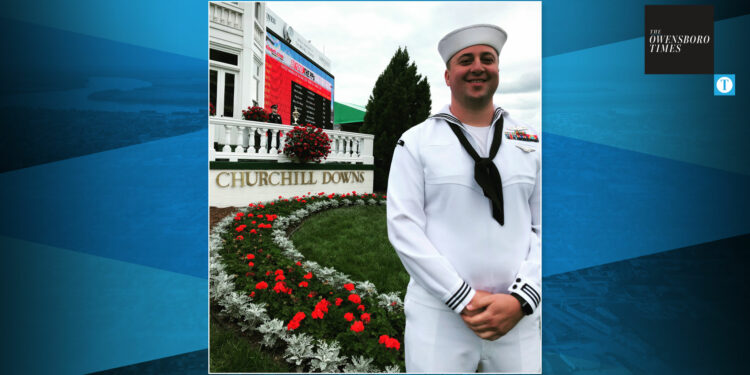 As the public affairs officer for the Naval Reserve Center of Louisville, Leslie Hamilton organized and orchestrated the delivery of the roses for the 148th running of the Kentucky Derby. The Owensboro native has served for more than a decade on active duty in the Navy and was elated to carry out the task.

The Army traditionally provides the trophy, while the Navy presents the lilies at the Oaks and the roses at the Derby. Hamilton said it’s difficult to describe the opportunity with words.

“It was definitely something I’ve never experienced,” Hamilton said. “To have that high of access at the Derby, carry out the lilies and roses, and be stationed at post — it was surreal.”

Hamilton is a hospital corpsman second class petty officer, or HM2 for short. He graduated from Owensboro High School in 2006 before enlisting in the Navy a few short years later.

After 11 years on active duty, Hamilton returned to Louisville as a member of the reserves but eventually returned to active duty in 2021 as an officer. His current position allows him to remain in Louisville.

Hamilton’s tenure in the service features stops all over the globe, but one thing is sure — Owensboro will always be home.

“I lived in Owensboro for most of my life,” he said. “I lived in Japan for three years, and even I was there, I told everyone I was from Owensboro, Kentucky. My family and friends are still there – it’s played a significant role in shaping my life.”

The task of organizing the presentation presented Hamilton with its fair share of challenges. He said it was undoubtedly stressful, with the ultimate goal was to represent Churchill and the Navy with honor.