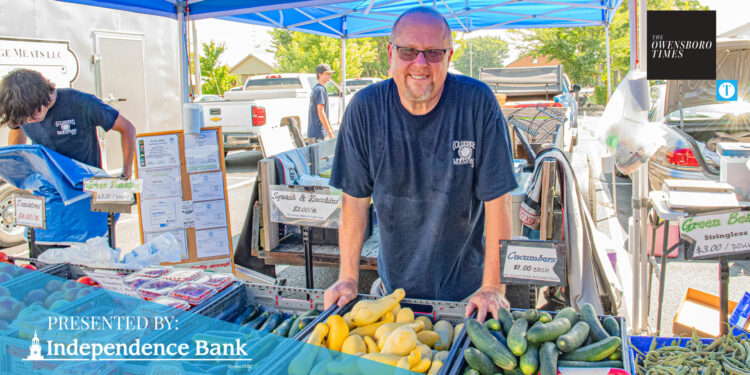 From a helper in his family garden as a kid to the owner of a farm today, Kenny Davis has always been familiar with the process of growing and selling fresh products. For him, it progressively grew from a chore into a successful passion that led to the creation of GoldenRed Sunflower Produce Farm.

“I bought some land next to me in 2012 that had some clear spots but not big enough for row crops. So we just started buying, coming to the Farmers’ Market and selling,” Davis said. “It’s just grown and grown from there.”

Now, Davis and his family grow almost everything they sell, but anything they buy comes from another local market vendor, meaning everything at their booth is fresh as can be.

“Almost everything here was picked (the day before), and if it’s something we processed then it’s processed from fresh stuff,” he said. “We don’t add anything to preserve it.”

Not only is everything fresh, but there are plenty of products to choose from at GoldenRed’s booth. According to Davis, they sell most any produce and fruits, baked goods, jams and jellies, sauces, pickles, and more.

One of Davis’ favorite parts about this business is that he gets to do it alongside his family, as his 92-year-old mother bakes many of their products and his teenage grandchildren help to run the booth.

“I did it for my grandkids, because it gives them a job and I can pay them without just giving them money,” Davis said. “And I do it because it keeps my mom going, because she really loves doing this stuff.”

Davis also said he enjoys conversing with and getting to know customers that stop by the booth.

“I like meeting and interacting with people. People will come back and say it was the best watermelon they’d ever tasted or the best corn they’d ever had. It makes me feel good to know I can do that for people,” he said. 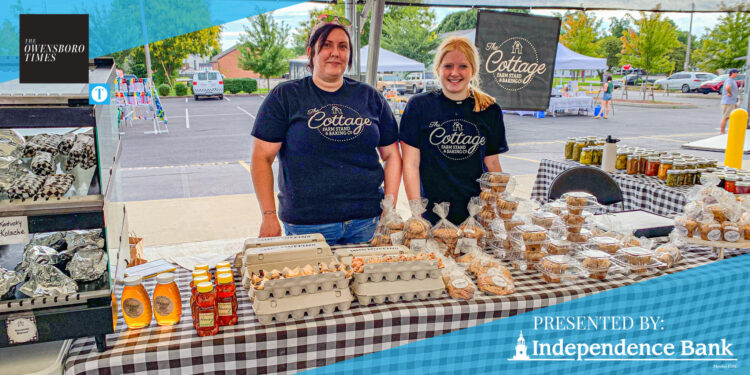 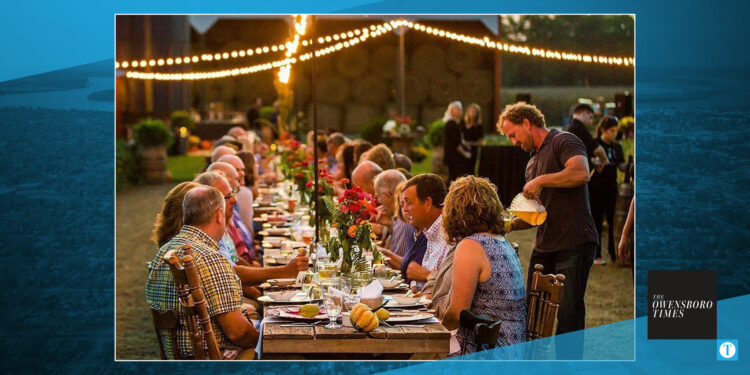