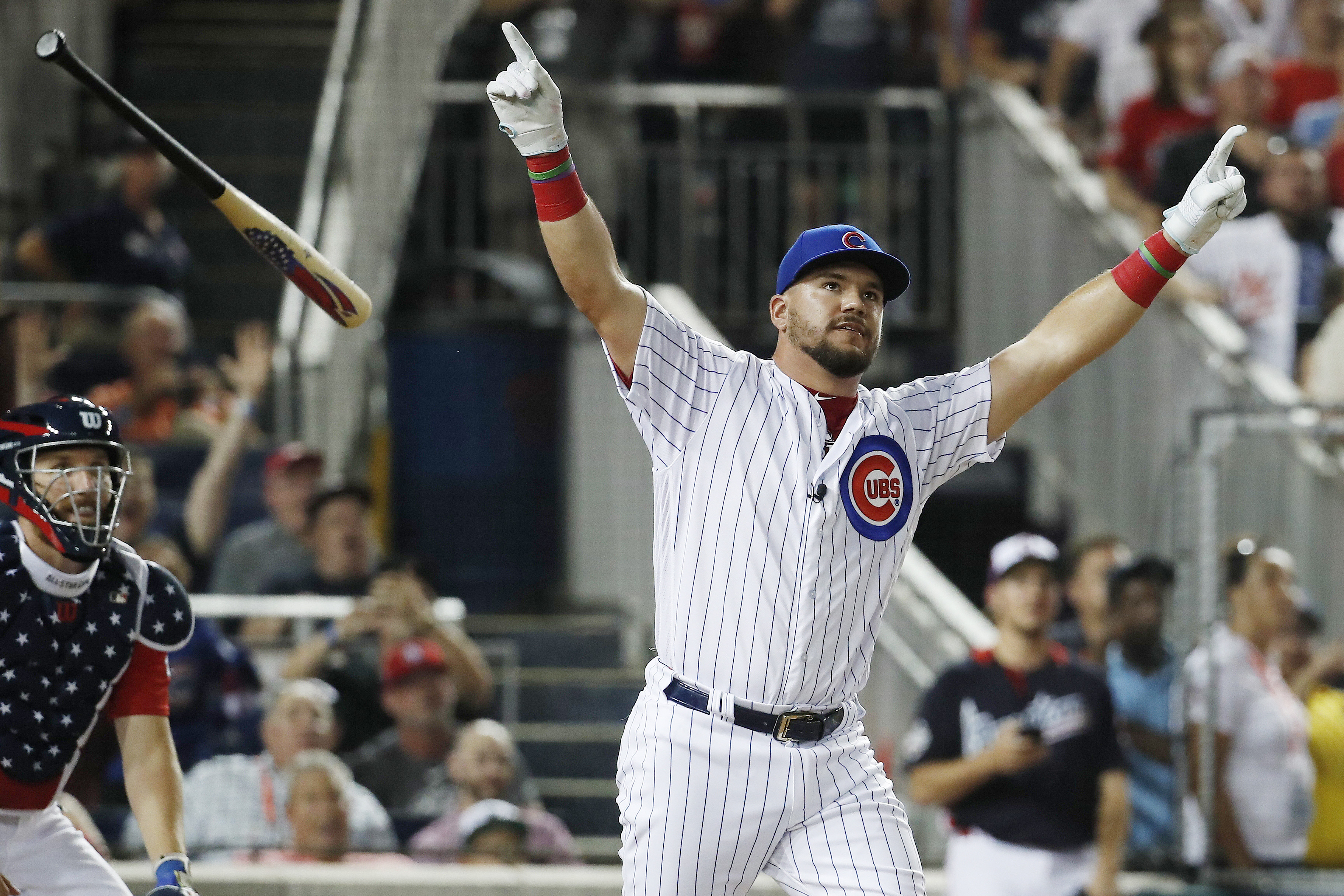 Kyle Schwarber, starting left fielder for the Chicago Cubs, used a customized bat when he performed at the MLB All Star Home Run Derby on July 16, 2018. That customized bat, one that assisted Schwarber in his runner-up performance at Nationals Park in Washington D.C., was designed by Owensboro resident Shane Shepherd, the Director of Sales and Business Development at Dinger Bats.

Dinger Bats has been making bats for 15 years, Shepherd said, but this year marked the first time a Dinger Bat had been used by, not only one, but two players in the Home Run Derby.

“Unfortunately, Kyle Schwarber and Rhys Hoskins were placed in the same bracket,” Shepherd said. Both players used Dinger Bats during the event, and they went to head-to-head during the semifinals. Schwarber outswung Hoskins and made it to the finals, where he placed runner-up to Bryce Harper. Nonetheless, the event put Dinger Bats on the map in a profound way.

The key to success for Dinger Bats lies in the quality of the wood the company uses, but it also lies in the personal connections that employees make with their clients. “It’s tough for smaller companies like us to compete with the bigger ones, like Louisville Slugger, for instance. It’s an expensive industry. But we do one thing differently than a lot of other companies—we have personal relationships with our players.” Shepherd said he talks to players like Kyle Schwarber on a weekly basis, and that Schwarber comes to Owensboro every year for DingerFest, a fund-raising event hosted by Dinger Bats.

Dinger Bats, already a name gaining popularity in the MLB batting market, has had at least 96 MLB players use their bats at different points in their careers. Shepherd hopes that trend will continue for the company, and he’s especially excited because of Schwarber’s performance in the Home Run Derby.

“We hope to see more players use Dinger Bats after Schwarber’s performance,” said Shepherd. “We take great pride in what we do here locally.”