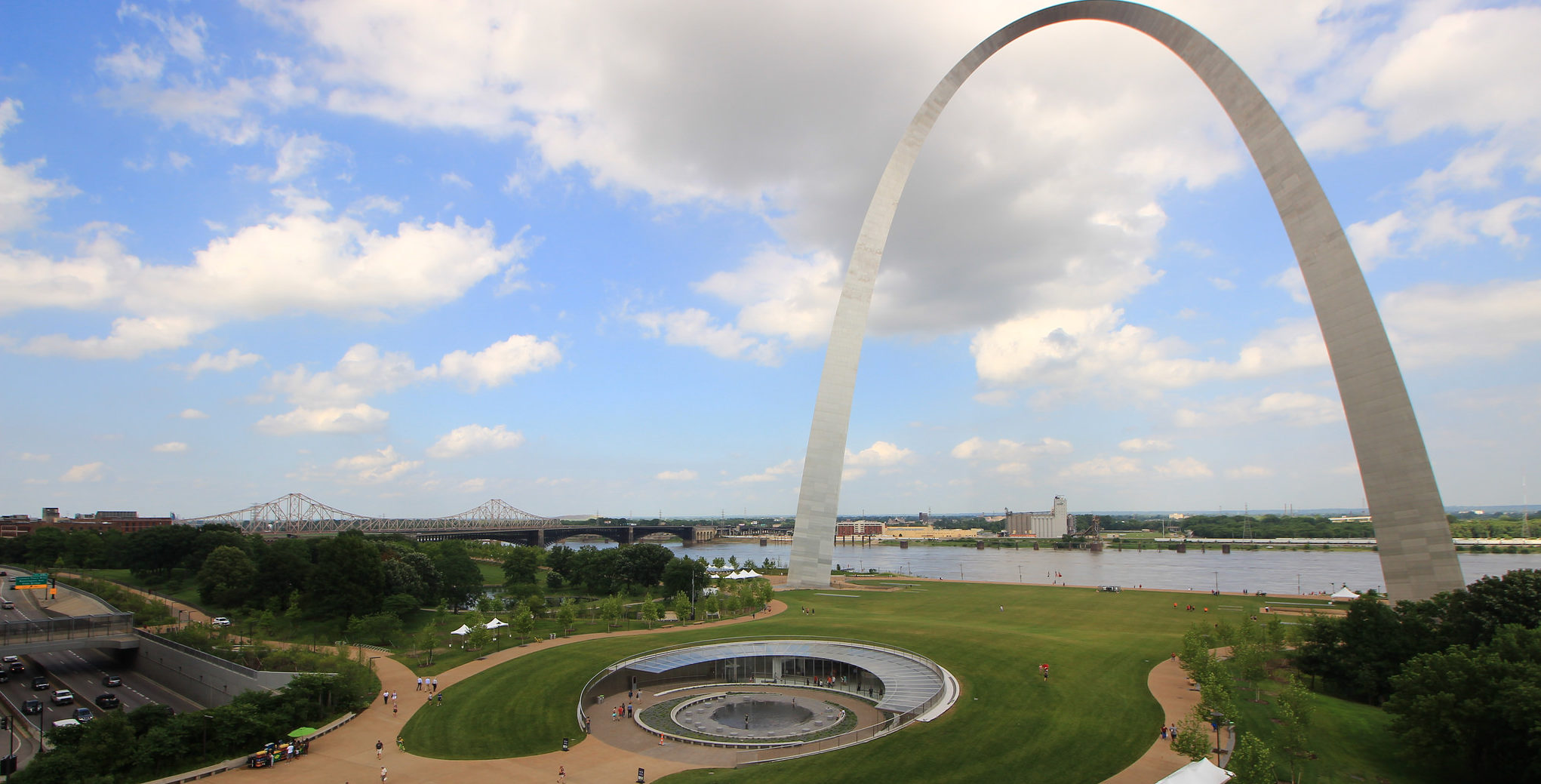 Up to 6,700 visitors per day take the 4-minute ride to the top of the The Gateway Arch in St. Louis. Now, after 53 years since opening, the Arch received a 5-year face lift to the tune of $380 million, transforming the riverfront park, the Museum at the Gateway Arch and its visitors center.

One local business, Hendrick Screen Company, helped with the renovations. Hendrick supplied many of the materials for the exterior of the Arch’s visitors center — their highest profile job to date.

Bob McDole, vice president and general manager of Hendrick Screen Company, said the process for this project started more than 3 years ago, and to see everything finished is amazing. While McDole was not at the arch for the grand re-opening, he said he did get to visit about two weeks prior to completion, saying it was a privilege to get to work on something that so many people will visit and use.

Hendrick is a subsidiary of Hendrick Manufacturing, one of the oldest metal fabrication companies in the U.S. Their role in the renovation of the museum included providing exterior wall cladding, guard rails, trench grating, entrance grilles and ventilation grilles.

“What makes Hendrick special is we manufacture screens, but what we have to offer is solutions,” he said. “We are a service-oriented company — that’s why we have been successful. I think that’s part of the reason we got the bid for this job.”

McDole said the architects chose Hendrick because of the style and quality of their metal and that it could be made custom specifically for the CityArchRiver project.

“Everything is custom-made,” McDole said. “We don’t stock screens, we custom build everything. Everything is made in Owensboro, but almost all of our products are shipped out of state.”

While Hendrick helped with many of the exterior changes, the museum and visitors center also received an inside overhaul. Six themed exhibit galleries were added to the museum — Colonial St. Louis, Jefferson’s Vision, The Riverfront Era, Manifest Destiny, New Frontiers and Building the Gateway Arch — and tell a more detailed story of St. Louis and American history.

Other new additions include:

A terrazzo floor map on the visitor center mezzanine level showing the United States and the historic trails the pioneers’ took to the west
A 100-foot wide video wall showing the building of the Gateway Arch and the scenes of American westward expansion
The keystone exhibit in the tram lobby allowing visitors to experience the top of the Arch through live webcam feeds from the observation deck.

The CityArchRiver project is being paid for by a combination of federal and state funds, private donations and $100 million in tax revenue approved by St. Louis voters in 2013.