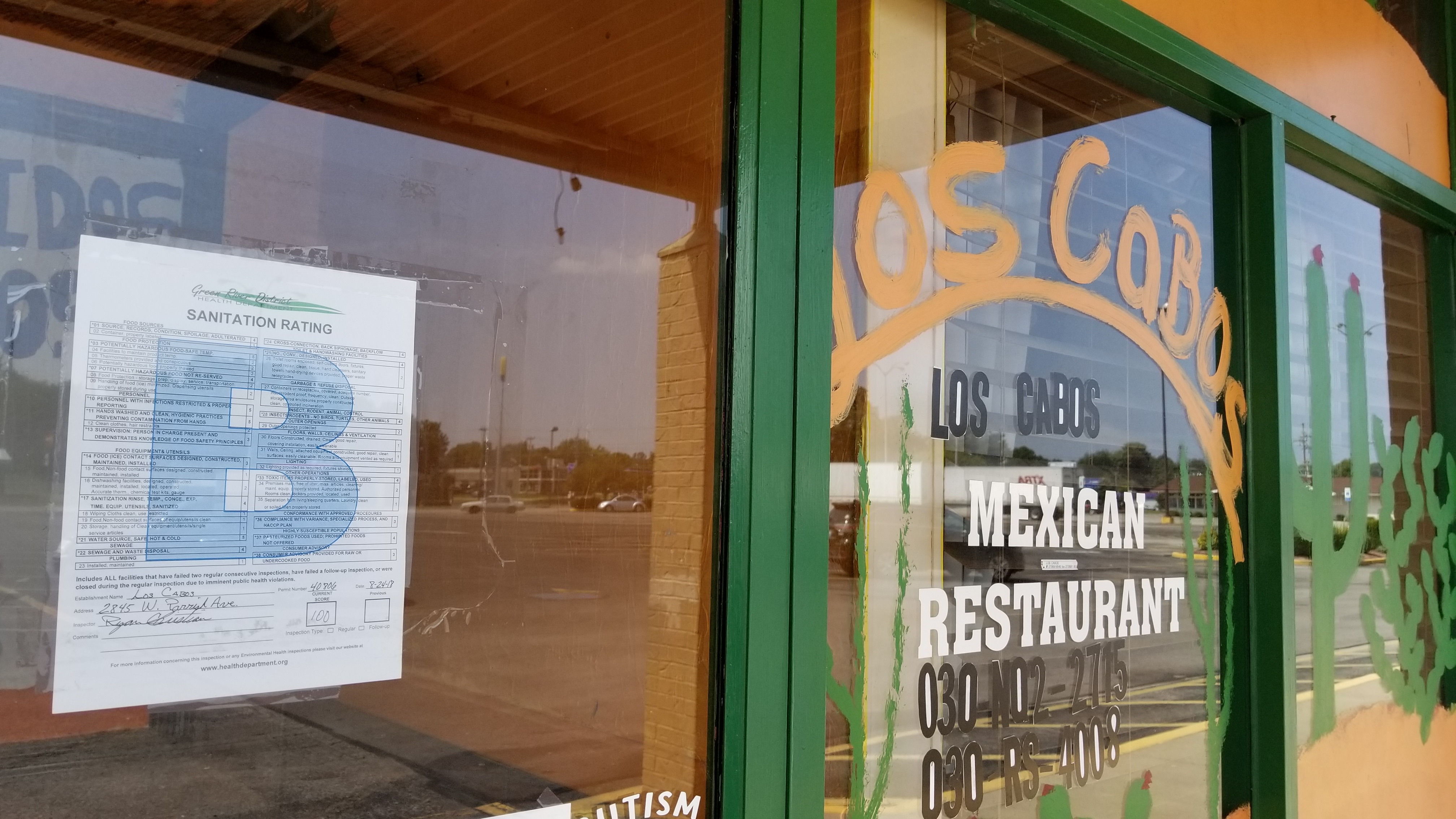 After a three-week closure required by the Green River District Health Department, Los Cabos re-opened its doors on Friday, August 24.

On August 2, the Los Cabos restaurant located at 2845 W. Parrish Ave. was served with a notice of closure by the the Green River District Health Department due to what they referred to as a “gross infestation of roaches.”

On August 24 the restaurant was re-inspected and given a score of 100 percent, although the current letter rating displays a “B.”

Despite the high score, the health department said it would be another month or two before the restaurant would have the opportunity to regain its “A” status because of the closure.

Los Cabos co-owner, Ember Martinez, understands why the news of the closure  would concern customers.

However, Martinez wants the public to realize that the problem was detected near the exterior door that leads to the outside parking lot that the restaurant  shares with another business.

“We found the problem outside the second door,” Martinez said. “Not inside of the kitchen.”

When the health department came to inspect, they noticed the concern near the exterior door, but Martinez said, “because they (the roaches) were inside (the building) we had to be shut down.”

Not only have the owners had the restaurant treated by two different companies each week for the last three weeks, the management and staff of Los Cabos have also spent that time painting, repairing minor issues and cleaning the kitchen to ensure it was in the best possible shape to serve customers.

During this time, all of the employees have remained faithful, but Martinez and the servers, say that it has been difficult.

Martinez’ brother, Miguel (Luber), who also works as a server at the restaurant, said that the guys “did not want to waste time” while they were off. He also said that Martinez compensated the workers for the small jobs they did to get the restaurant reopened so that they would not be without money for very long.

Martinez, who co-owns two other restaurants in Madisonville and Beaver Dam, said he hopes customers will understand that he has “never had a problem like that” and that they are happy to have the restaurant back open for business.