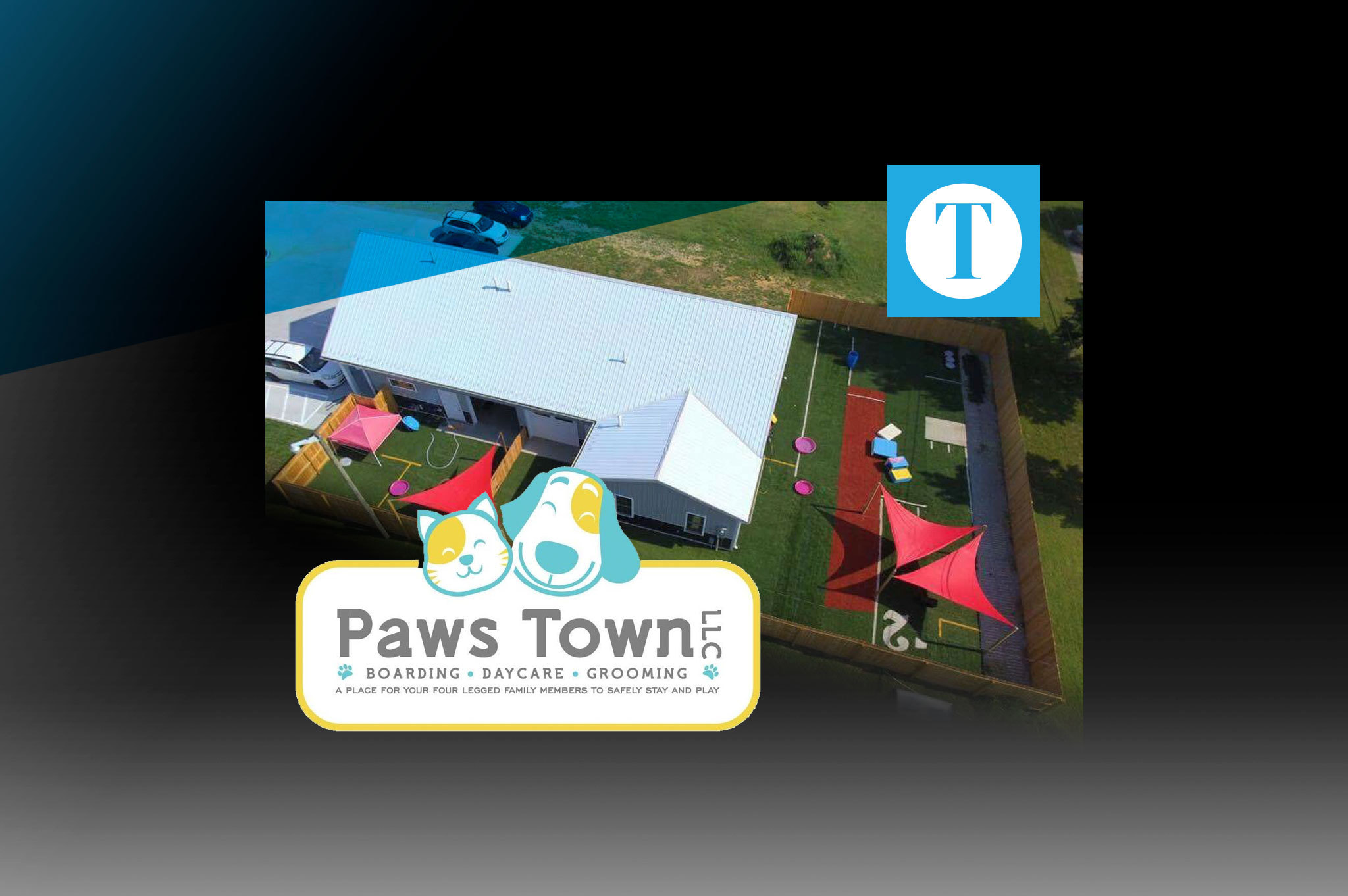 “We basically saw a need in the market for a different type of boarding and daycare option than is currently offered,” Goodlett said. “One that is catered toward the animal.”

Paws Town offers daycare in their Central Bark (outdoor) or The Pawll (indoor) areas, boarding in their Canine-Cul-De Sac, and grooming in their Spaw. Goodlett and Durham had not planned to add training for a few months but said they saw an opportunity to do so and took the leap of faith.

Goodlett says that animals have 24/7 boarding coverage and that daycare is included with any boarding reservation. Paws Town is a cage-free facility — instead of kennels, pets each stay in a villa. The facility’s 3,000 sq. ft. outdoor play area has artificial turf, which Goodlett says is easier to keep sanitary.

And Paws Town didn’t forget about the cats, offering a “Cat Alley” for feline borders, featuring a condo for cats to stay in.

On average, Paws Town hosts 11 dogs in daycare and boards 14 dogs each day/night. They will be maxed out on fall break with a total of 40-50 dogs.

“We love giving animals their own vacation while their parents are away,” Durham said.

Since opening in March, Goodlett and Durham say they have learned and tweaked several aspects of their business.

“We have learned that all dogs are truly different,” Durham said. “In learning so, we strive to create the customized experience we would want for our own pets.”

Mother and daughter also say they started out much busier than they expected, requiring them to hire more help. Paws Town currently has 12 employees, including Goodlett and Durham, but will be adding three or four more in the next month.

“We love serving our community by taking care of their pets,” Goodlett said. “Our goal while they are with us is to make them happy and their parents happy. It is tiring, but we absolutely love what we do.”