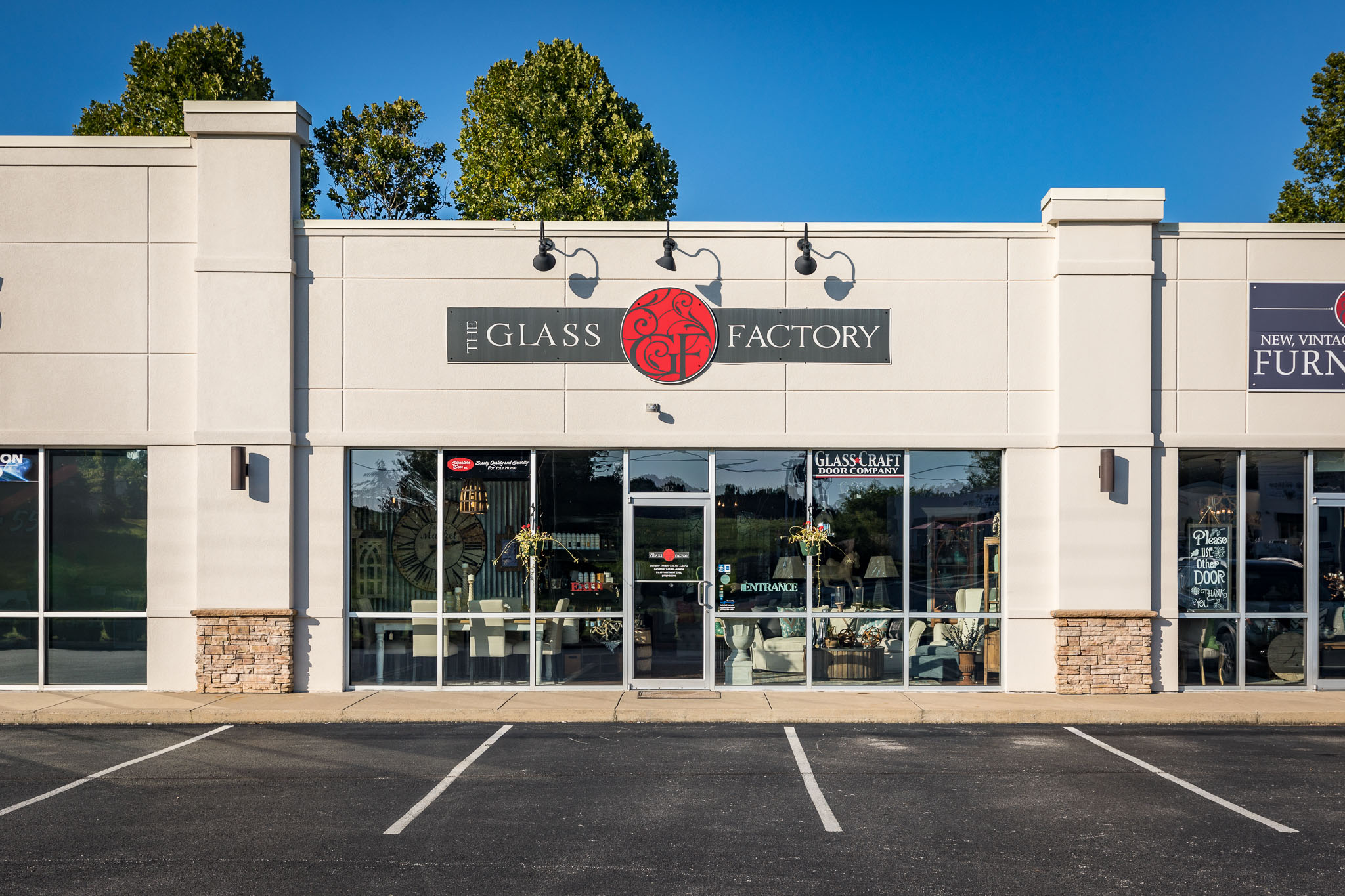 Wesleyan Park Plaza has announced The Glass Factory, owned by Scott Poynter, will be joining the shopping center and opening in the former location of The Bakers Rack. After a month of renovations, Poynter anticipates opening mid-October.

“I feel like a kid going home,” Poynter said about relocating to the center of Frederica Street.

Poynter grew up close to the Plaza and spent much of his youth riding his bike and skateboarding on the sidewalks outside the shops before cruising the plaza as a teenager.

The storefront renovation began Tuesday, and the only area of the store Poynter isn’t remodeling is the 2,000 sq. foot space he will use for his glass work and custom furniture.

Jack Poynter, Scott’s father, was an art teacher at Owensboro High School and began The Glass Factory in 1978, selling original stained glass as a part-time job. Scott became interested in the glass work, but it was “always just part-time.”

Before long, Scott was working more and in 1994, when Jack passed away, Scott became the owner.

Poynter has added custom furniture to his store, along with several lines of home goods and gift ideas, but the name of “The Glass Factory” remains.

“People have asked about a name change, but Dad started this and there is no reason to change,” Poynter said.

The bedroom suits and front entries Poynter sells are custom builds. Poynter doesn’t build them but works with the clients for what they specifically want and any modifications they want to make to something previously seen, and Poynter contracts the build locally, staining wood pieces himself.

Poynter’s glass work is most commonly seen in custom front entries, an area he and his father delved into in the mid-80s as a way to supplement stained glass income.

“The beveled glass entry was something everyone was wanting,” Poynter said.

Now, Poynter’s custom entry business is showcased in home shows and tours in Nashville, Tennessee, and Evansville, Indiana, as well as Owensboro. Some of these entries do not even have glass work.

Poynter’s training is like many artist’s training — he took many classes, but learned, literally, at the hands of a craftsman.

“I don’t do numbers unless it’s a church cathedral and then, they just make sense. It’s what I like,” Poynter said.

Over the past month, Poynter has been working nightly with product reps to get more lines in the new location.

“I shop for what nobody else has,” said Poynter, relating this to his mom always telling him he “marched to the beat of his own drum.”

Poynter studies what is hot on the east and west coast and brings it here. He likes staying ahead of trends and styles, which allows him to have a business known for uniqueness.

“I like to bring in people who don’t want what their neighbor has,” Poynter said.

Poynter will have some new employees to help customers navigate the expanded inventory and also to help with custom work. He plans to have all-new merchandise at the Plaza location, but one thing from his current location is sure to make the move: the framed picture of his father displayed by the counter.

“I guess I have proved him wrong,” Poynter said about his father’s advice on expanding. Yes, he has been nervous with each expansion, but this move, “just feels right.”