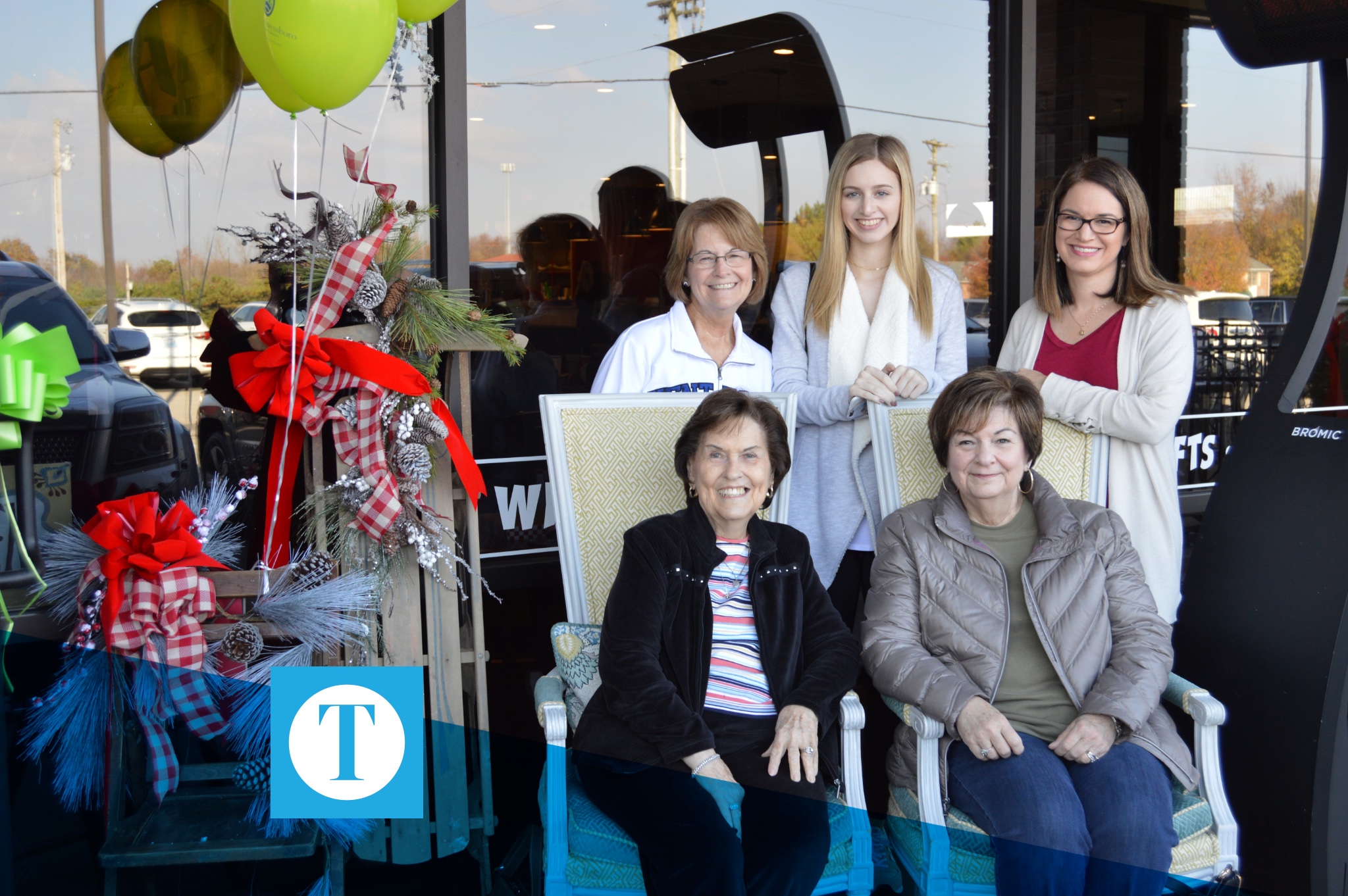 These four generations of women shop every year during Shop Owensboro. | Photo by Ashley Sorce

Black Friday brought crowds of people to all retail stores across Owensboro, with lines of shoppers waiting for doors to open as early as Thanksgiving night. Shop Owensboro, now in its fourth year as a major initiative of the Greater Owensboro Chamber of Commerce, is proving to be almost as successful for small businesses.

Deanna Johnson, owner of Peacocks & Pearls, says Black Friday has always been her biggest day of sales. But last year, the community-wide ‘shop local Saturday’ movement put her within $1,000 of her Black Friday sales.

“It is so rewarding that people get out and support local business,” Johnson said.

Last year Johnson said the line to get in her store wrapped around the Highway 54 shopping center and ended at her back door.

“If people are willing to stand in the cold that long,” Johnson said, “ that’s a success.”

Johnson opened her Owensboro flagship store in November 2013 and a second location in Lexington in September 2017. Johnson said that Lexington does very little for “shop small” on Small Business Saturday.

“It just doesn’t exist for our other location,” Johnson said. “They rely solely on the the American Express push.”

Shop Owensboro is a local take on the national American Express movement Small Business Saturday, an effort that encourages people to shop small and bring more holiday shopping to small businesses the Saturday after Thanksgiving.

Johnson attributes the success of Shop Owensboro sales to the Chamber, who she says does a tremendous job of promoting small business for Small Business Saturday and year round. Johnson also believes her customers are very different than those at her Lexington location.

“When you are born and raised here, you think it’s like this across the country, but it’s not. My customers here are loyal,” Johnson said, giving the example that her Peacocks & Pearls sweatshirts sell out twice as fast in Owensboro as they do in Lexington.

According to Johnson, people in Owensboro like the welcoming environment small businesses bring, a sentiment echoed by Stacy Castlen, who has made a tradition out of Shop Owensboro with her family.

“We always do a few stores on Black Friday, but that’s not usually our thing,” Castlen said. “‘Shop Local’ seems a little more fun than big stores.”

The four generations of women have a loose plan they follow. After grabbing their free bags at Independence Bank, they will stop at stores in Wesleyan Park Plaza and then head downtown. Next they swing by to pick up Castlen’s 88-year-old grandmother, who typically can’t do a full day of shopping, and then head to lunch at Great Harvest before ending their day with the stores along Highway 54.

Castlen said she enjoys supporting small business, especially when it means supporting friends. The owner of The Earle lives down the street from Castlen and the owner of Bella Ragazza Boutique has helped Castlen’s three daughters get ready for school dances.