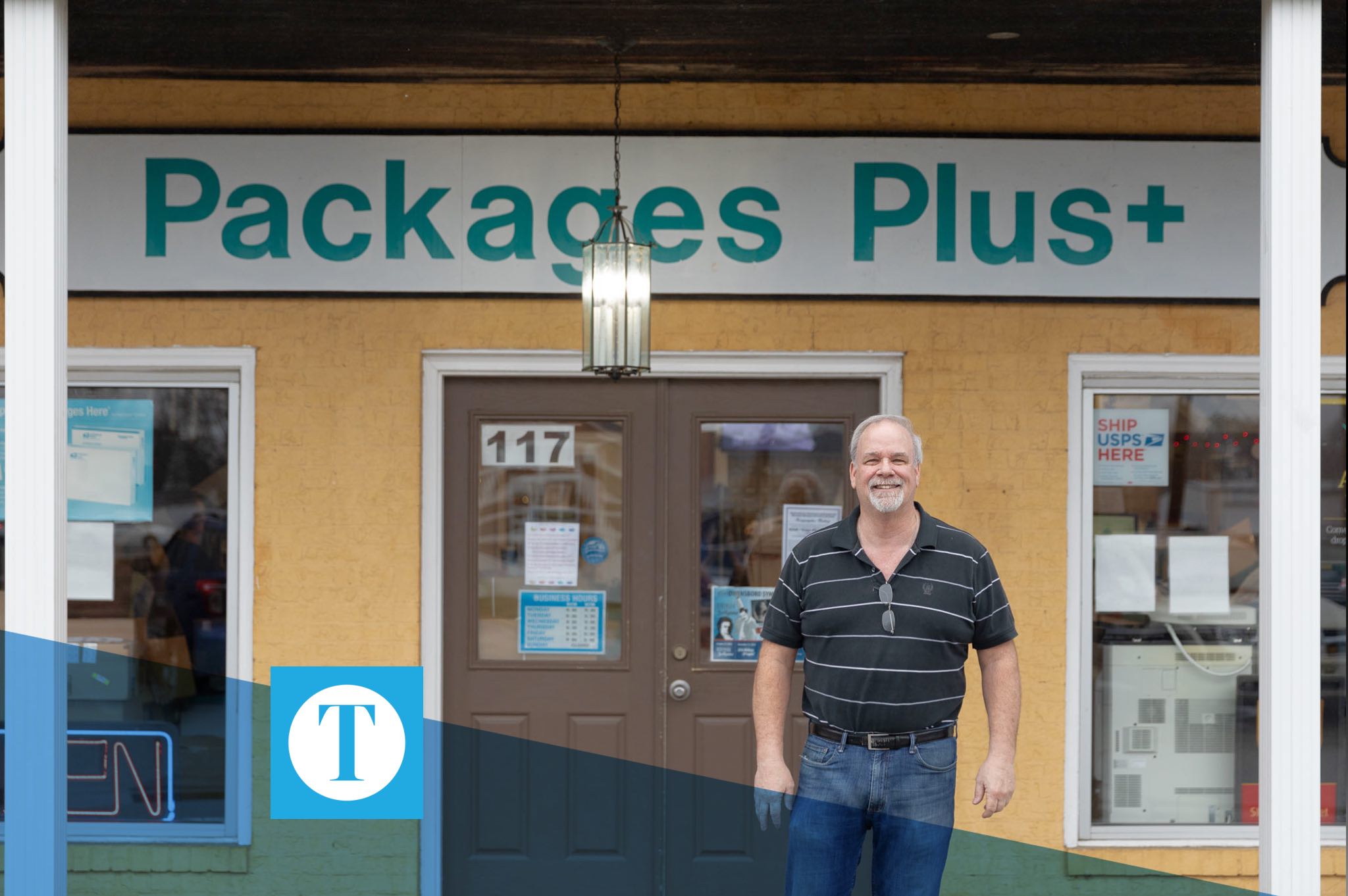 Twenty-five years ago, Pat Osborne had a two-year-old daughter and a corporate sales job with a nine-state territory. He wanted to be home to see his daughter grow up, so he began working at an existing Mailboxes, Etc. on West Parrish Avenue. Within three years, Osborne purchased the store, changed the name to Packages Plus, and flipped the business model.

Because Osborne owns his business independently, as opposed to owning a franchise, he says he is able to simultaneously make money and save his customers money. Being independent also allows him to offer all carriers: the United States Post Office, Federal Express and United Parcel Service.

“Most places have a high margin, low volume model. I have high volume with low margin and little markup,” Osborne said proudly. “I pass on savings to customers and they know that, which keeps them coming back.”

Osborne’s zest for his business is second only to his obvious pride in his daughter, now 27. Packages Plus was the first Chamber Small Business of the year in 2003, and for the last 18 years, his store has been top 100 in the nation for UPS merchants. Recently, it was rated 11th out of 4500 similarly sized stores. Pat Osborne has presented at national conferences and advised others owners on how to make their similar businesses thrive.

He is quick to say that living in Owensboro has played a part in his success.

”What I do won’t necessarily work for other stores, just as I can’t use someone else’s model. I go to church with the people who come in here, and everywhere I go, people look at me and say, ‘Now how do I know you?’” he said. “My goal, beyond making money, is I want people to feel like they came through the door to a family reunion. We know their name, we have their family members’ addresses stored in our computer.”

Having a consistent staff is another secret to Osborne’s success. He has four full-time employees, who he said have a combined 79 years of experience in the business.

Osborne consolidated his two locations about three years ago. On an average day, he says the Olde Town location ships about 300 packages. This past Monday, Dec. 10, the store shipped about 800.

“The holiday season has stretched out,” he said. “Just like the merchants don’t have as big a Black Friday, we don’t see it all in a couple days anymore.”

“We ship a ton of packages in January,” Osborne said, citing post-Christmas sales, back ordered items and “back porch pirates” as reasons people wait until after the holiday.

Of course, the biggest change Osborne has experienced while owning Packages Plus, has been e-commerce and the internet. He said Amazon hasn’t really affected his business, because the online giant uses prepaid labels, which Osborne is happy to ship. Many people who buy and sell things online for profit are happy to let Osborne and his crew package their merchandise while others handle it themselves.

Just as shipping is a two-way process, Osborne summarizes his business as a “two-way love affair.”

“I never missed a ball game or a dance recital, while working in a job I love, and that translates,” he said.