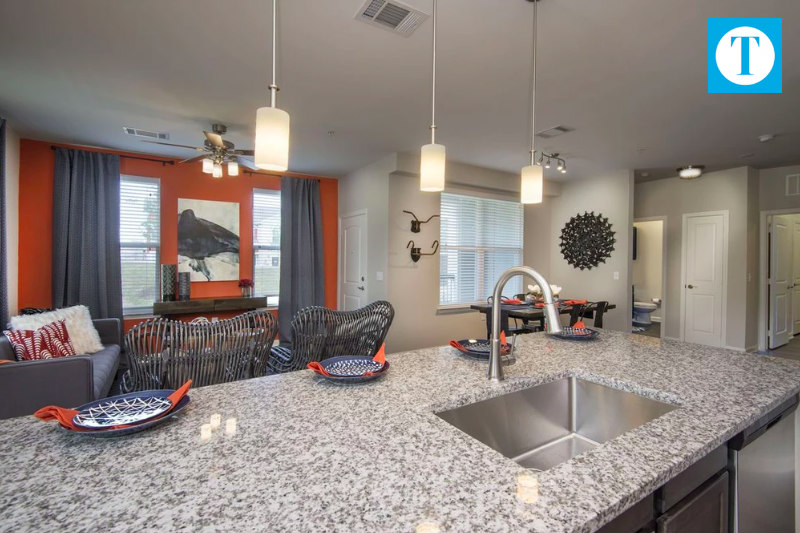 According to Blackbird Manufacturing CEO David Thomas, two national-level decisions in 2018 will contribute to the growth of the Owensboro-based company this year. President Donald Trump levied tariffs on a number of Chinese goods, including a 25 percent tariff on granite and quartz in early fall of 2018.

“This evened the playing field with China,” Thomas said. “It definitely made us more competitive.”

Prior to the tariffs, Thomas said the quality and faster lead times gave American stone companies like Blackbird the ability to bid some jobs, but only about 5 percent of the available contracts.

But Thomas said, it was after Cambria, a quartz producer out of Minnesota, filed an antidumping petition on quartz surface products from China with the U.S. International Trade Commission that his business was able to exponentially grow.

Prior to the regulations enforced by USITC in November 2018, American companies could import quartz from China with approximately a 3 percent duty at port. Now they are charged 350 percent.

“That decision eliminated China from the competition. We are finally able to compete financially and are turning the increase in business into quality manufacturing jobs right here in Owensboro,” Thomas said of the company, which has grown from four full-time employees handling three projects a year to 51 full-time employees completing nearly 30 projects annually.

“Blackbird has been a valuable corporate contributor to the Owensboro community in recent years, and it is great to see the company leverage their success into continued growth,” Gov. Bevin said in a press release Thursday. “We are grateful for their new job creation and remain steadfastly committed to fostering an environment where Kentucky manufacturers can thrive for generations to come.”

Thomas said Blackbird specializes in both cut-to-size prefabricated countertops and full installation jobs, but it’s the prefab business that has been able to take over the nationwide market previously dominated by Chinese product. Prior to the new duty regulations, Thomas said the average job for Blackbird was 240-unit apartment developments. He said they are now able to compete on projects many times that size.

To accommodate the rapid growth in 2019, Blackbird plans to upgrade their operating facility on West Seventh Street and purchase new equipment.

In the press release sent from the governor’s office, Sen. Matt Castlen said the company’s growth was a positive move forward for Owensboro.

“As a business owner, I know the value of expansion and improvement opportunities,” Castlen said. “I am encouraged by the rapid growth of Blackbird Manufacturing and their dedication to investing in the commercial construction industry here in Owensboro.”

According to the press release, the Kentucky Economic Development Finance Authority (KEDFA) preliminarily approved Blackbird for up to $300,000 of tax incentives through the Kentucky Business Investment program.

“The performance-based incentive allows a company to keep a portion of its investment over the agreement term through corporate income tax credits and wage assessments by meeting job and investment targets,” the release said. Blackbird can also receive resources like job training incentives and no-cost recruitment and job placement services from the Kentucky Skills Network.

“Owensboro-Daviess County is honored to be home of Blackbird Manufacturing,” said Judge-Executive Al Mattingly. “We look forward to continuing a strong partnership with this community leader. We are proud of their dedication to our region, in terms of job creation and community involvement.”