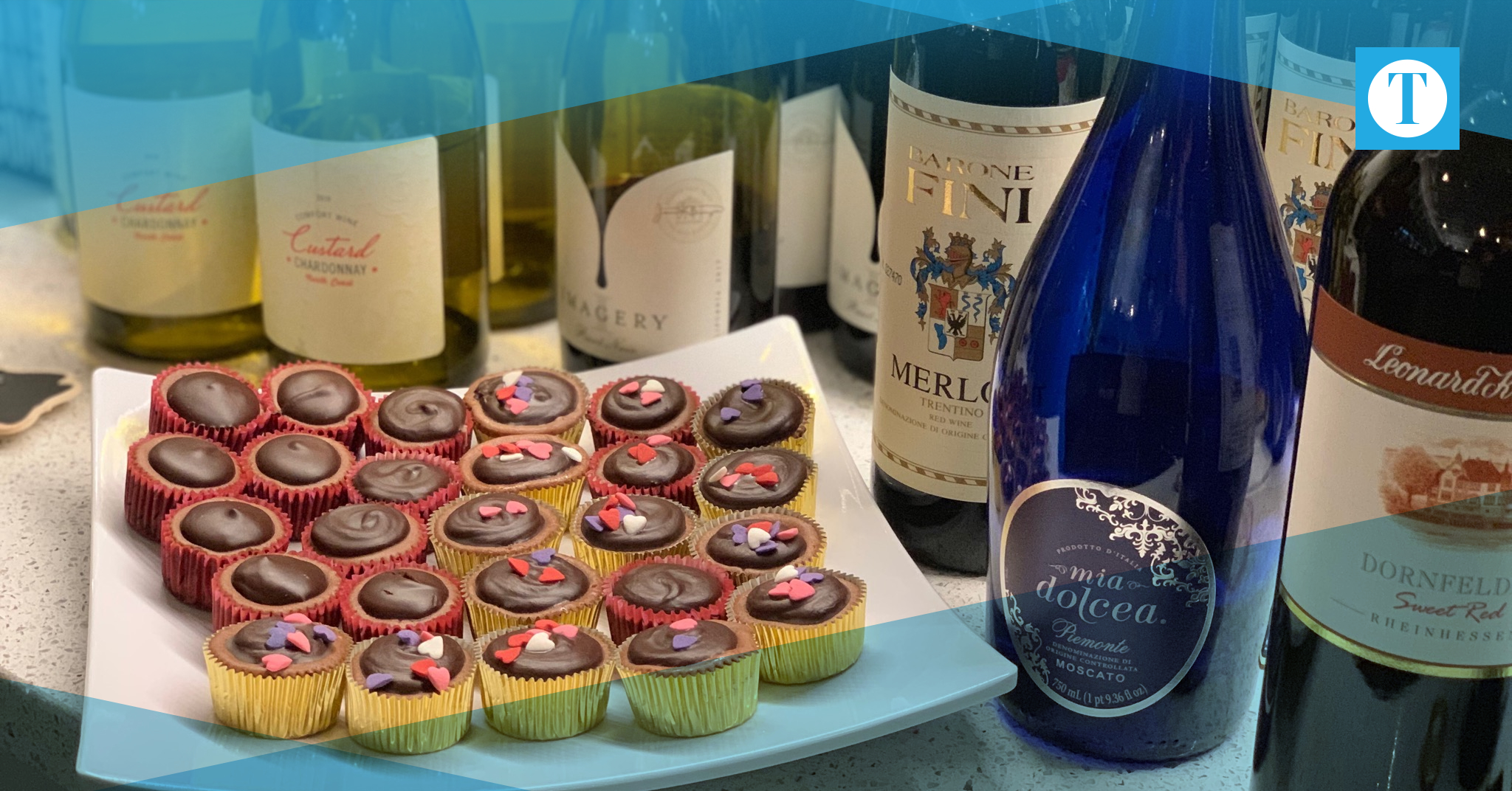 SIP Owensboro is the city’s only wine-focused bar, and they’ve hosted free wine tastings every Thursday night for several months. SIP owner Karen Hobelmann and She’sCake owner Sarah Fulcher have collaborated in the past for bridal expos and wine tastings, and the feedback they’ve gotten has been very positive.

For Fulcher, the opportunity to work on-and-off with the Hobelmanns has been a gratifying experience. Fulcher’s cheesecake business is only six months old, and Fulcher reaches more customers by working with Hobelmann.

“When I got the idea to start a business, I went to Karen and shared my ideas with her and asked her thoughts on it,” Fulcher said. “Karen has helped me grow my business. Anytime she’s seen an opportunity for me to grow my business, she’s offered to help me.”

While Fulcher has been a full-time nurse since 2008, her passion for dessert-making started when she worked in the emergency department in Ohio County.

“I was making people their favorite desserts for their birthdays. I’ve always loved to bake. But there were so many bakeries in Owensboro. I realized there was a market for a bakery that just made cheesecakes. Someone in my department had said, ‘I love cheesecake.’ I said, ‘Okay…,’” Fulcher said with a laugh. “I did a lot of research online and read some books. Cheesecake is a lot more technical and complicated than other cakes.”

“The bites are really addicting,” Fulcher said. “I’m known as ‘The Cheesecake Lady’ at a restaurant where we’d given the girl who waited on us and the bartenders some of the bites I’d made.”

Hobelmann said she was happy to help Fulcher get her business off the ground, and said they’ve had a successful reception from those who’ve tasted the wine and cheesecake bites at different events. Even on its own, SIP has earned a reputation for its one-of-a-kind business model, and Hobelmann said SIP will be relocating downtown so that they can continue to serve their customers in the best way.

“Business has been great recently. We have a loyal customer base. We’re going downtown to have more space,” Hobelmann said. “It’ll be close to doubling in size.”

Hobelmann said she and her husband chose to move SIP into The Enclave building, which is currently under construction at the corner of West Veterans Boulevard and Frederica Street and in close proximity to Smothers Park. The Enclave will be a four-story building featuring residential condos on the top floors, and SIP will relocate to the restaurant space on the ground floor of the building.

Hobelmann said patrons at SIP believe downtown Owensboro will be the perfect environment for their business to thrive.

“Just the foot traffic downtown [will be a plus]. There wasn’t any space that fit my vision before. It [The Enclave] has that modern look I was looking for,” Hobelmann said. “54 has been great, but I’ve had several customers say they don’t like coming out here because of the traffic. Downtown is a centrally located area. It has all of the hotels and the weddings. I think SIP fits into the downtown feel they’re going for.”

SIP currently features 28 wine tasting machines, 12 house wines behind the bar and over 200 bottles of wine that can be purchased for carry-out or opened and enjoyed inside the wine room. SIP also serves a variety of bourbon and craft beer. The downtown location will also serve a selection of draft beer.

Fulcher has been searching for commercial spaces where she could bake, and the idea to share a downtown kitchen space with SIP has crossed both owners’ minds. However, both owners said they aren’t sure what the future holds for this to work.