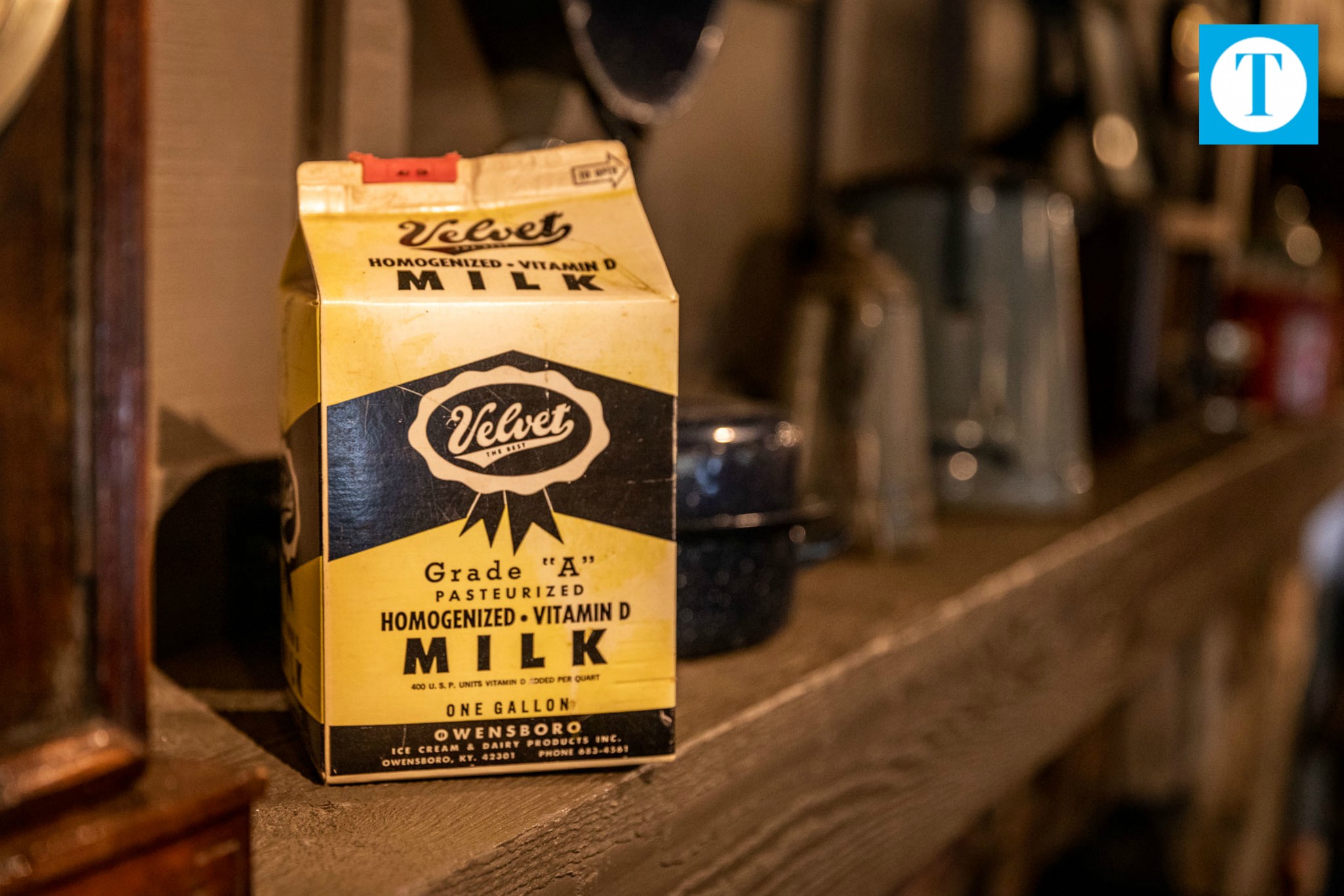 A Velvet Milk carton on display at the Cracker Barrel Old Country Store in Owensboro. | Photo by AP Imagery

Owensboro Ice Cream and Dairy Products was founded in Owensboro in 1927 by Martin and Elmyra Montgomery. Over the years the company became known as Velvet Milk because they produced the Velvet brand of ice cream, milk and other dairy products.

Velvet Milk started out at a small facility near the corner of 4th and St. Elizabeth Streets in downtown Owensboro.

This location was built as the Owensboro Armory and was the second home to Daviess County High School from 1919 to 1926.

The business moved to a larger facility at 3rd and Cedar Streets in the early 1930s – some accounts say it was 1932 and others say 1934 – and occupied that location for four decades.

Following Martin Montgomery’s death in 1934, his brother-in-law Frank Foor stepped up to help his sister by serving as president. His wife Marion Foor served as vice president of the company.

Frank and Marion Foor had a 650-acre dairy farm with 250 head of cattle near what is now the campus of Western Kentucky University-Owensboro.

When Velvet was founded, there were 38 other dairies in Daviess County. The Montgomery-Foor family must have been doing something right because by 1961, there were only two.

Velvet Milk was the first local dairy company to use homogenization, pasteurization, refrigerated trucks and the first to have unionized workers.

“Poppie helped start the union there and was their president until he retired,” she said. “I was on a first name basis with the custodian, Ollie, at the union hall, where I waited many nights. I thought all little girls went to union meetings [and] was surprised to find out that wasn’t so in later years.”

Howard also remembers visiting his grandfather at work and was impressed by the huge ice room at the plant.

“We grew up three blocks from there,” he said.

Prairie Farms acquired Velvet Milk in 1978, and the Velvet Milk building at 3rd and Cedar Streets was razed in 1991.

The legacy of Velvet Milk lives on through local collections of branded bottles and advertising materials.

Countless members of the Owensboro community have fond memories of working at Velvet Milk or enjoying their products.

Find photos and stories shared about Velvet Milk and other topics at www.facebook.com/groups/historyofowensboro.