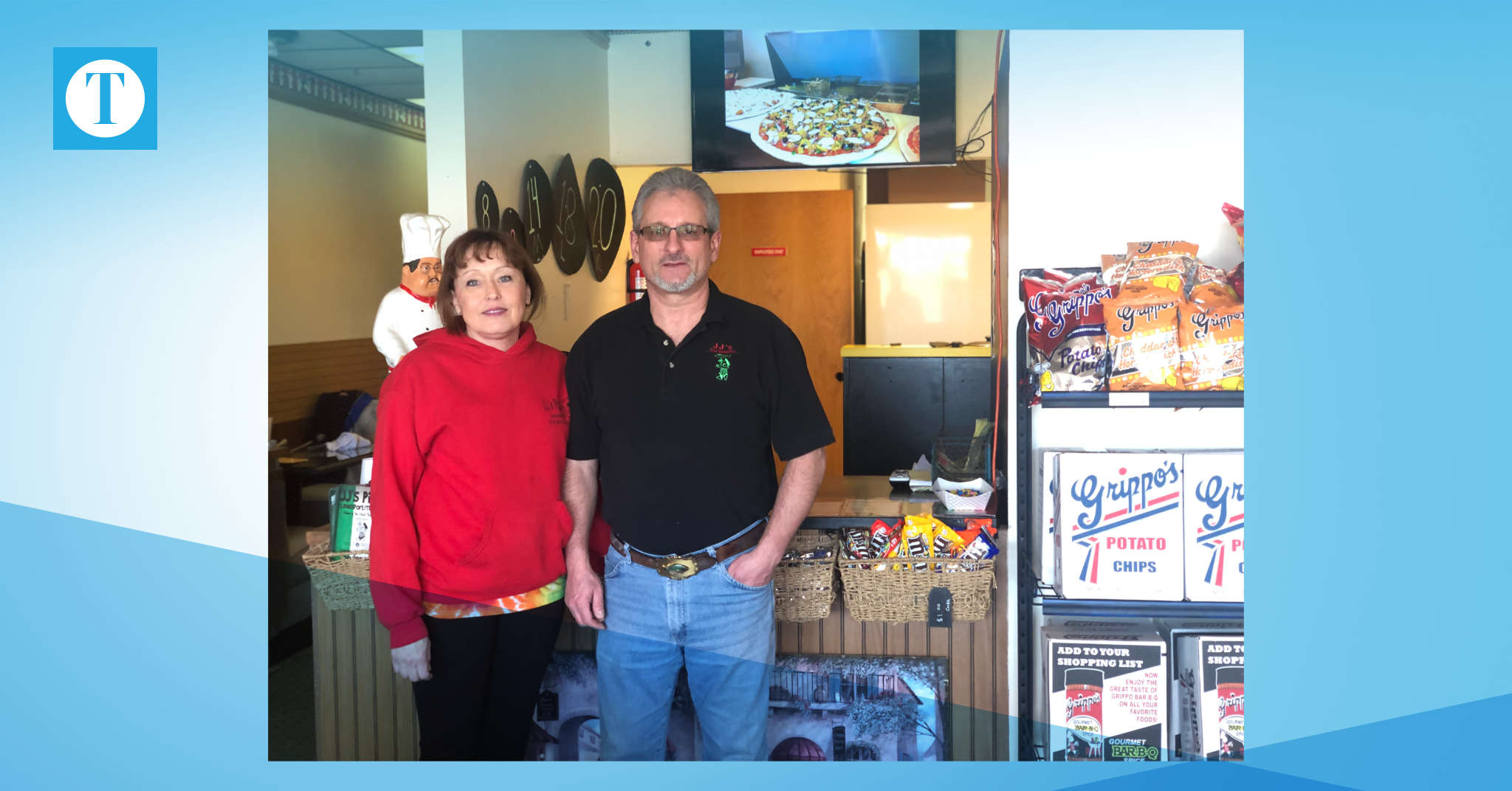 JoAnn and Robert Shyver, who purchased JJ's from JoAnn's parents back in 2011, are bringing classic Italian food to the area. | Photo by Jacqueline Jordan

Driving through Lewisport, you might miss the unassuming storefront of JJ’s Pizza, tucked neatly into the same shopping center as the IGA. But the mom and pop restaurant has been going strong since 1986.

JoAnn and Robert Shyver, who purchased the business from JoAnn’s parents back in 2011, are bringing classic Italian food to the area. In addition to the long-standing restaurant in Lewisport, they’ve been serving the east side of Owensboro at their second location for three years.

“My mom and dad started with just the two of them, and came up with some really good recipes,” said JoAnn, adding that the recipes are largely still the same, with scratch-made dough, fresh-cut veggies and homemade sauces.

Of course, they’ve added a few things to the menu to make it their own.

“We sell the heck out of wings,” she said, and with their own special sauces, it’s no wonder. Today’s menu includes not only pizza and wings but pasta, stromboli, wraps, salads and more.

JJ’s even has a pizza to feed the hungriest of hungry — a massive 30-inch pie, which they hand toss, just like the rest of their pizzas.

“You basically have to just get out of its way and kind of stand next to it,” said Robert Shyver, who has been called in just to toss the giant pizzas.

They’re the quintessential homegrown restaurant, with employees that have been there as long as the owners have, and others that grew up eating JJ’s to now work there part-time during school.

The restaurant has also maintained regulars who come in daily to place their order.

“We have one gentleman who orders a salad and garlic bread every day,” said Shyver. “When we see him pull in the parking lot we start making it.”

In addition to the regulars and the passers-through, the restaurant caters lunches for the local industrial plants as well.

“Sometimes I’ll get an order for a whole month,” Shyver said. “Every other day they might be having a meeting for their employees. We’re very fortunate in that area.”

The couple is a team in the restaurant, with Joann at the helm and Robert playing back up where he’s needed, in addition to working a 60-hour week at Alcoa.

“If something breaks or she needs help and I’m off, I’ll help out,” he said. “But she does most all of it.”

Three years ago they opened a location in Owensboro, just across from Yellow Creek Park.  The building is too small to be much more than a carry-out option, but the Shyvers say it’s doing well. And with their daughter now working there, three generations of their family have come to know a thing or two about pizza.