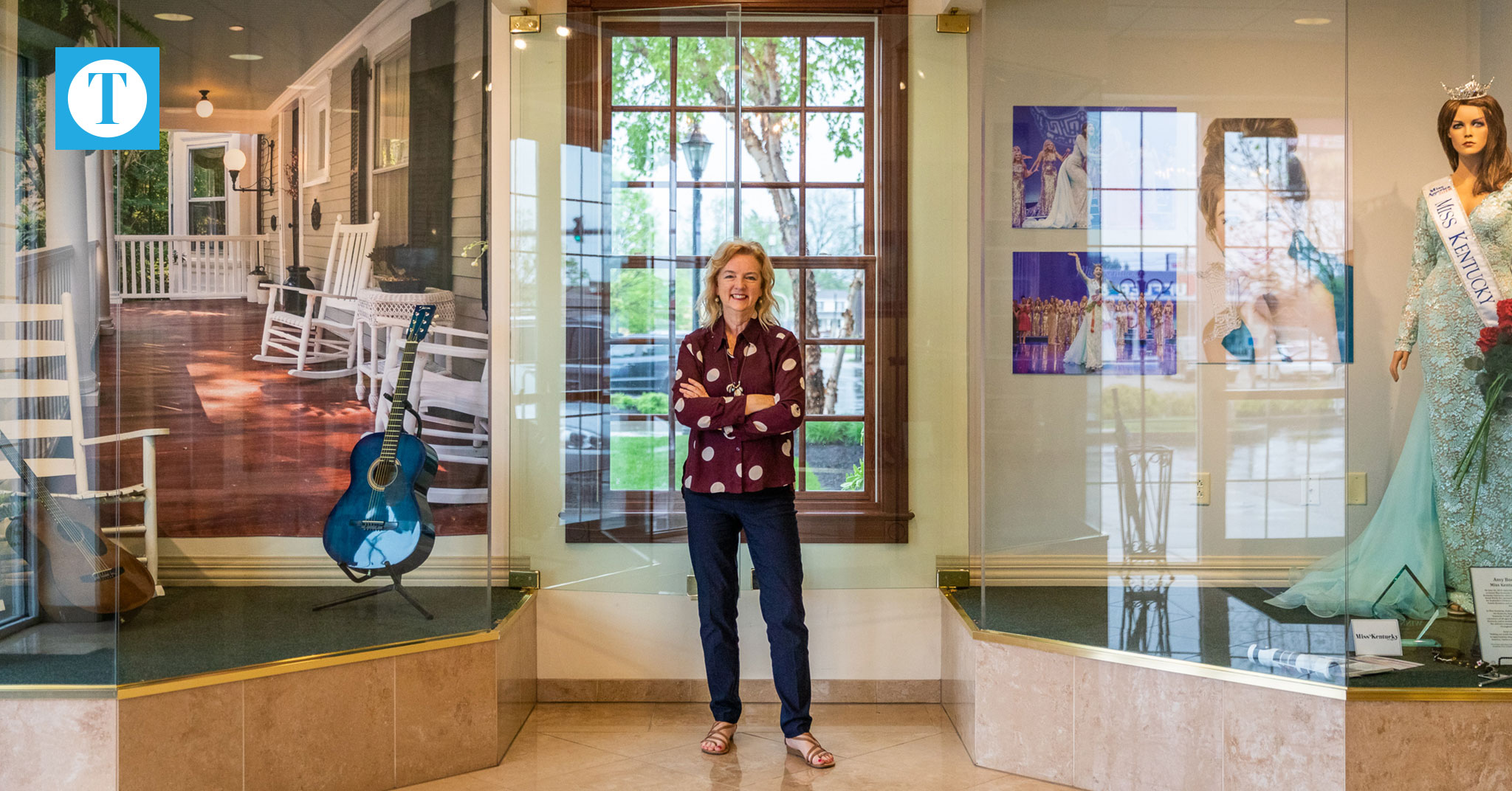 Dorothy Reid originally designed the Independence Bank window displays as an extra duty, but for the past six years, Reid has served full-time as the visual display designer. | Photo by AP Imagery

In the last year, Independence Bank in Owensboro has reinvested over $1 million through scholarships, school sponsorships, Habitat for Humanity homes, build-a-bed projects, park restorations, customer events and by feeding and meeting the basic needs of those less fortunate.

While it may seem typical for most banks to support the needs within the community, Independence Bank takes it a step farther by promoting community causes and events in a total of 22 display windows in their signature buildings around the region.

Dorothy Reid has been with Independence Bank for 18 years and has held several customer service positions. Originally, she designed the window displays as an extra duty, but for the past six years, Reid has served full-time as the visual display designer.

“The idea for display windows came from our CEO Chris Reid and Janet, his wife, after they visited Independence Hall in Philadelphia,” said Reid, adding that Independence Hall does window displays about historical events and community projects.

Large display windows were then worked into the design of signature Independence Bank buildings which are also modeled after Independence Hall.

“As signature buildings were added, it grew so big that I couldn’t do the windows and still be a customer service representative,” Dorothy said.

Reid said, when coming up with ideas for the displays, everything is determined locally.

“We like to do community-driven things wherever we are within the bank’s footprint,” she said.

Reid says she partners with local events and businesses to create her displays.

“The Kentucky Derby window has a stylish ensemble loaned from Adams and Sons that a man may wear to the Derby, a horse from David Taylor Antiques and a jockey painting from Studio 105,” she said.

When she needs specialized design work or printing for a display, Reid works with Austin Barr at Owensboro Concepts. Reid said she also depends on her husband, a retired history teacher, when she creates a historical display.

Todd Reynolds of Theatre Workshop of Owensboro said recently on Facebook, “Every so often our friends from Independence Bank will stop by and check things out from our costume closet. They then turn them over to Dorothy Reid, and that’s when the magic happens!”

Reynolds said the Independence Bank display windows are something special that the community should make an effort to see.

The window displays are on a cycle of roughly 6 to 8 weeks and the end of the year is all about Christmas, when Reid said, “the windows are just packed full of trees and lights and its very festive.”

Reid creates new holiday designs each year and rotates them from bank to bank, but never repeats a holiday window in any location.

Prior to working in customer service at Independence Bank, Reid earned an art degree from Brescia University and then worked in retail doing visual design.

“I guess you can say this was a good fit,” she said.

Reid has documented the more than 900 displays she has done so far in photographs.

“I take pictures of all the windows and I send out thank you cards to the people who loan me things,” she said.