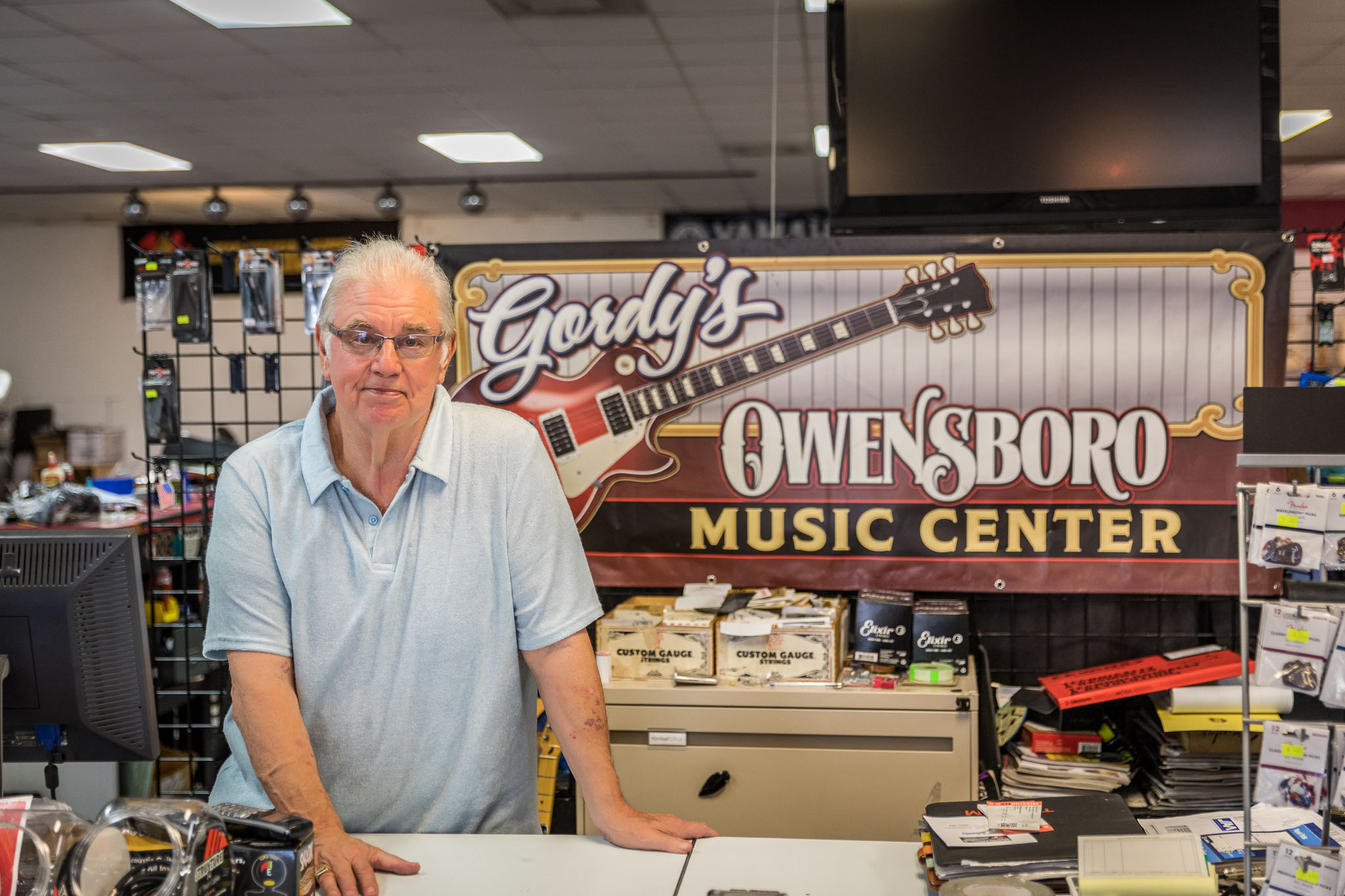 For the past seven years, Owensboro Music center has been recognized as a Top 100 Music Store by the North American Music Merchants (NAMM), an organization that assists independently owned music stores through trade shows and educational opportunities. | Photo by AP Imagery

When Gordy Wilcher, owner of Owensboro Music Center, was in college, he attended a sock hop. After noticing that, “everybody was paying attention to the band and not to anyone else,” Wilcher said he decided to drop out of college and pursue a music career.

While he was enamored with music, Wilcher said that after a few unsuccessful tours he saw that he was not going to be able to make a living as a musician.

He returned to Owensboro in 1970 and noticed that the community did not have a “combo” or “rock & roll” music store. He turned to his mentor at the time, the late Dallas Hughes, who Wilcher was able to convince that Owensboro needed a music store. Hughes eventually opened Dallas Music on Second Street.

The store was so successful, Hughes offered ownership of the business to Wilcher. In 1973, the first Owensboro Music Center opened in what is now Gordon’s Fireplace Shop before finding its current home on Breckenridge Street.

Owensboro Music Center employs three full-time workers and offers six independent teachers who lease rooms for lessons in all stringed instruments, piano and voice. In addition to being a retail store, they also offer guitar repair and restoration as well as sound and video installation for houses of worship, schools and football fields.

For the past seven years, Owensboro Music center has been recognized as a Top 100 Music Store by the North American Music Merchants (NAMM), an organization that assists independently owned music stores through trade shows and educational opportunities.

Candidates for this honor are judged on several different criteria like special events such as the store’s Thursday night concerts and recitals, store design, and their online presence.
According to Wilcher, what earned the store such an honor is the impact they have had on their clients and students with physical, intellectual or social challenges.

Through music, “we have seen an unbelievable transformation in their personalities and their lives,” Wilcher said. “Parents have come up to me and said, ‘It’s amazing what these music lessons are doing for my son/daughter.’”

Now, Wilcher is branching out into a new business venture as the National and International Sales Coordinator of MJC Ironworks. He has partnered with Michael Connally to offer “premium instrument strings at an affordable price.” Wilcher describes the strings as a “unique product with a proprietary treatment to make them last longer and an innovative custom tin package.”

So far, the company has had the most success selling to professional musicians like Vail Johnson who was recognized as Jazz Bassist of the Year for several years in a row and played for Kenny G and Kev Mo. Rocco Prestia, one of the most recognized bassists in the world, and Chuck Rainey, the most recorded bassist in the world are also big customers. They have played with Tower of Power and Aretha Franklin respectively. Many regional artists use the strings too.

With the goal of being a worldwide distributor, Wilcher and MJC Ironworks are working diligently to get in the door with established companies that have sold in music stores for decades.

“We believe in our product and we know that it is superior. So we’ve just got to keep pushing, keep going,” Wilcher said.