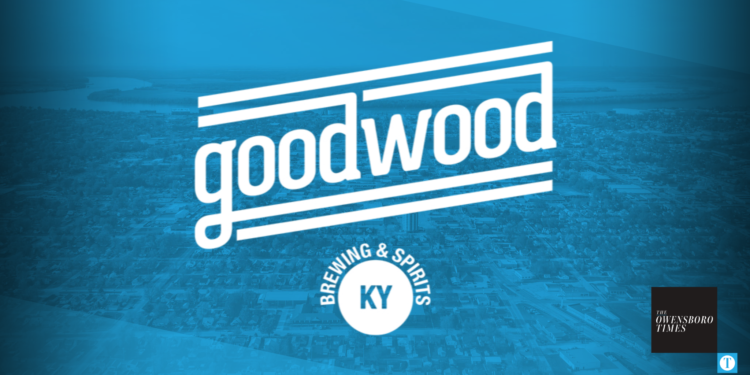 Goodwood Brewing and Spirit’s newest brewpub will be opening in early 2022 near Smothers Park.

Goodwood Owensboro will feature a full kitchen and brewery on site, with “award-winning beers, craft spirits and seasonal brews” along with a diverse food menu featuring southern classics with a twist, such as chicken and waffles, brisket totchos, buffalo cauliflower, bourbon brined pork chop and a weekend brunch.

“We are excited to be opening another location in our home state and bringing our unique mix of craft beer along with culinary-inspired food to Owensboro,” said Chris Sparks, Chief Operating Officer. “We were drawn to Owensboro with the continued growth of the community and we have always had a great response from the craft beer community in Western Kentucky. When we saw the location in Owensboro, we fell in love with the view of the river. We look forward to being part of the community and giving back when we have the opportunity.”

The brewpub will be located at 101 Frederica Street and features a patio for outdoor dining with an outdoor fireplace overlooking the river, a private rental space, an R&D brewery system and a fully stocked bar.

Rebecca Redding, VP of Marketing for Goodwood, said they are excited to partner with Visit Owensboro in a project being announced later this month that highlights the craft beer industry of Western Kentucky.

Redding said they are also working on a collaboration with Ole’ South BBQ to bring some local flare to the menu.

You can find more information about their opening on social media channels by following @goodwoodowensboro.

“We are continuing to explore opportunities for growth both within and outside the state of Kentucky,” said Ted Mitzlaff, Owner and CEO of Goodwood Brewing and Spirits. “I was raised on bluegrass music, so having a location across the street from the Bluegrass Hall of Fame is extremely special. Owensboro is one of the fastest-growing cities in Kentucky, and we are excited to be part of this vibrant community.”