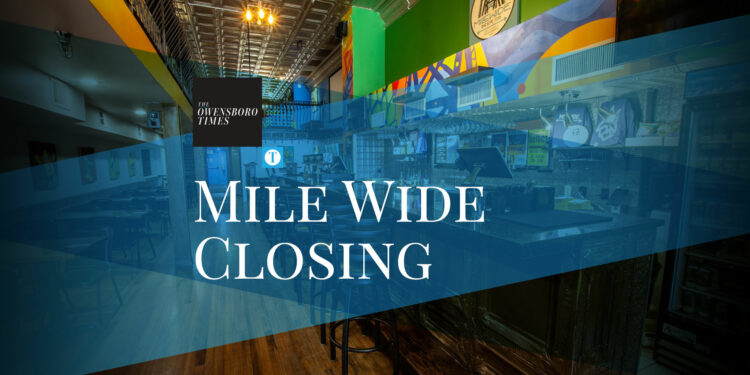 Mile Wide Beer Co. is permanently closing their Owensboro taproom later this month, according to a Facebook post by the brewery. Mile Wide’s downtown Owensboro location opened in mid-November 2020. Officials cited financial setbacks during the pandemic were too much to overcome, but thanked the community for their support over the last year.

Being a small business is exhausting work on a good day, and soul-crushing on the bad days. This is one of the bad ones. It’s with a heavy heart that we announce the closing of Mile Wide’s Owensboro taproom. Our last day of service will be Sunday, November 28th.

We signed the lease on the space in late February 2020, mere weeks before the world shut down. We had our Grand Opening on November 13th, 2020, only to be met with another Covid-induced shutdown some 10 days later. When things started to open in early Summer, we had a glimmer of hope that the corner had been turned. But unfortunately, we were just never able to financially recover from the setbacks that Covid dealt us in those first 6+ months.

First and foremost, we need to acknowledge our amazing staff. Led by our Taproom Manager, Palmer Dempsey, and Kitchen Manager/Assistant Manager, Will Sippel, our crew showed up every day and gave us 110%. They made sure that Owensboro had the best brewery taproom experience possible. We can’t thank them enough for their tireless work and dedication.

We’d like to thank the city of Owensboro for its help. From day one, literally, everyone we met, from city officials to local business owners, was invested in helping us succeed. It breaks our hearts that we couldn’t make it work.

And finally, thank you to everyone ever who came to the Taproom to support us. Whether it was a random Tuesday meet-up with friends or one of our epic Silent Disco parties, we created a lot of great memories that we’ll hold dear forever.

Y’all can’t get rid of us that easily, though. We’ll still be in town from time to time for events at some of your favorite bars & restaurants. Until then, take care Owensboro. Cheers! 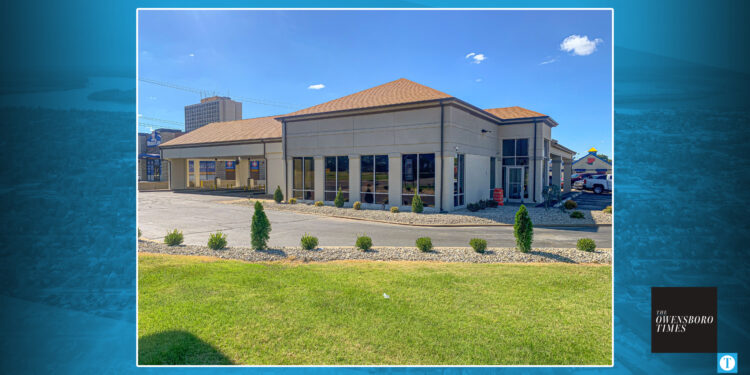