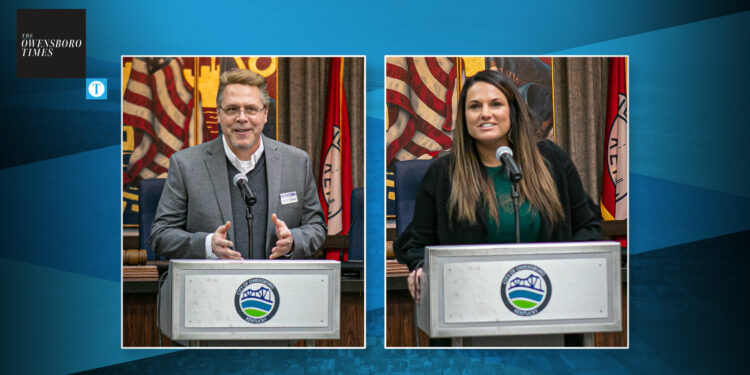 Bell Bank is still hiring for their mortgage servicing center that they plan to bring to Owensboro, though the search is back on for where it will be located. A senior official with the bank said Monday that despite knowing there are limited options, he’s hopeful to move in somewhere by this fall, even if it’s a short-term solution.

The bank’s mortgage servicing center was originally expected to move into a portion of the building at 234 Frederica Street. Complications between the landlord (OWB Downtown) and the tenant (Alorica) eventually led to Bell Bank’s initial lease agreement for the spact to be terminated.

“We’re pretty disappointed, but things happen,” said Bell Bank’s Senior Vice President/Mortgage Servicing Director. “We’ve actually begun the process again to look at pretty much as many options as we can. There’s not a whole lot to choose from for that size right.”

Bell Bank was planning to utilize about 38,000 square feet of the building at 234 Frederica Street. An added benefit of the space was there was much need for remodel. Finding a building that size and that is nearly read to move in could be difficult, so Smiley said they are weighing all options.

“We’ve reengaged with Gulfstream and had discussions with the City to see what options we might have short-term or temporary, as well as any other long-term,” he said. “We’re not quite sure what that’s gonna look like at this point, but we do want to try to get back on track. We kind of opened up all options. The search is on.”

The bank won’t necessarily need a large space when they commence operations in Owensboro.

Once a new location is finalized and opened, Bell projects it will hire 37 employees during the first year of operation of its mortgage servicing center, growing its local workforce to 178 employees by 2026.

The company is already listing several job openings in Owensboro on its website. Those can be found here.

“[Having to find a new location] doesn’t directly impact our hiring decisions,” Smiley said. “It just might be a little bit later for some of the staff-level positions. We’re still moving ahead because we had a plan initially to have people work remotely anyway for a period of time.”

Brittaney Johnson, President/CEO of the Economic Development Corporation, said in January that the bank will have an estimated $50 million impact on the community annually.

“We appreciate Bell Bank’s commitment to the Greater Owensboro market,” Johnson said Monday. “We have been continuously working with the company providing additional resources and are excited to welcome them to Owensboro-Daviess County. The immediate positive economic impact on the Greater Owensboro region is the creation of new job opportunities for our community’s residents, along with strategic plans for future growth over the next several years.”

Johnson added, “We anticipate that Bell Bank will be another great corporate citizen that participates in the philanthropic, cultural, and civic life of Daviess County in addition to their economic impact. One of the goals of Greater Owensboro Economic Development Corporation is to create a diverse economy with opportunities for all our citizens, and we believe Bell Bank will add to the flourishing business community of the region.”

Smiley said as the bank expands its workforce, most of those positions will be growing current departments.

“Generally, it’s expanding within the current functions that we’re hiring for,” he said. “So it’s growing out departments over time as we need the people.”

Bell is a privately owned bank headquartered in Fargo, North Dakota. It is the largest family-and employee-owned bank in the upper Midwest, and one of the largest privately-owned banks in the nation.

Smiley said that Bell never wavered in the commitment to bring the mortgage servicing center to Owensboro. Their team looked into several markets — including those Bell already had facilities in — but Owensboro was, and remains, the top choice.