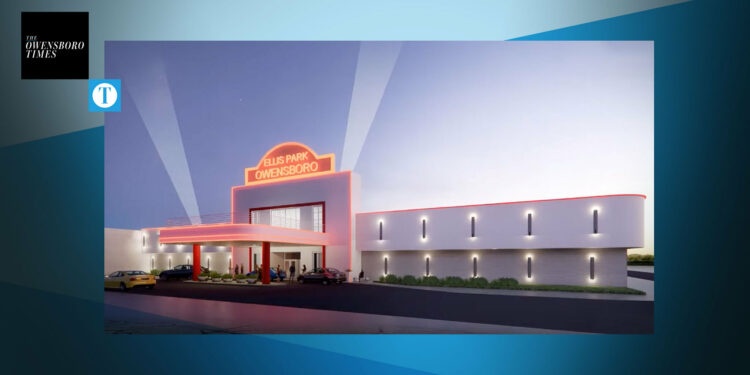 Ellis Entertainment will be opening a new entertainment venue in Owensboro’s Towne Square Mall. The company has reached a definitive lease agreement with TSM Holdings LLC to lease 62,000 square feet in the former JCPenney’s location. The venue plans to initially open with a wide selection of historical racing machines (HRMs), a simulcast betting and viewing area, and a new race- and sports-themed bar and grill.

The project is estimated to cost $20 million. Construction on the new facility is slated to start this summer, with an anticipated opening date in early 2023. Ellis Entertainment first announced the planned expansion in October 2021.

“After a productive negotiation process, Ellis Entertainment is excited to move on to the construction phase of our extension into the Owensboro community,” said Jeffery Inman, General Manager of Ellis Entertainment. “This project will be a win for the entire community and the tri-state. It will provide 200 new, good-paying jobs to the area and generate an estimated 6 to 8 million dollars in purse money to improve the racing at Ellis Park.”

The location selected is one of the former anchor store locations within the Town Square Mall and has been vacant since 2020.

“We are excited to welcome Ellis Entertainment to the Towne Square Mall Development Site,” said Ed Ray, COO of TSM Holdings LLC and Gulfstream Commercial Services LLC. “The ownership group of Town Square Mall invested in South Frederica believing in its potential to once again be a draw for visitors from both near and far. The Ellis Entertainment announcement is just the beginning of the site becoming a true destination and economic engine for the entire area. The site offers tremendous opportunities for additional retail, restaurant and entertainment venues.”