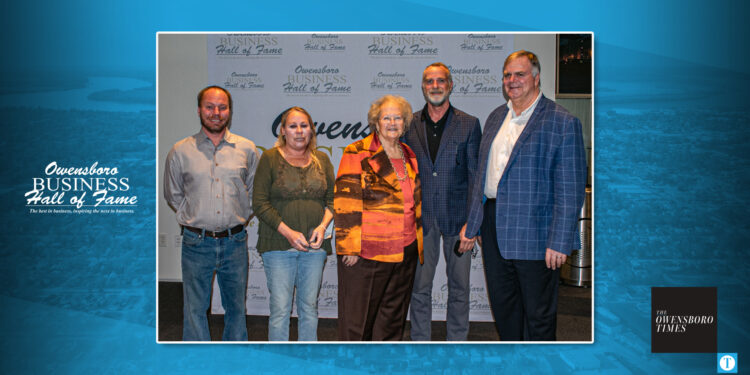 Martha Clark was the first woman inducted into the Owensboro Business Hall of Fame during a celebration luncheon Tuesday, while Bill and Scott Jagoe will be the first brothers inducted. The late George Greenwell rounds out the 2022 class.

Junior Achievement of West Kentucky previously announced the 2022 Owensboro Business Hall of Fame inductees during an event at the Owensboro Convention Center. Laureates were inducted at the luncheon Tuesday in the German American Bank ballroom at the Convention Center.

The previous announcement of laureates was made by Nick Thompson, President of Thompson Homes, and Dr. Scott Williams, President of Owensboro Community and Technical College. The duo served as co-chairs of this year’s Laureate Selection Committee.

“These are inspiring people who serve our community with distinction and unparalleled leadership,” Thompson said at the time. “As our city and business community continue to grow, we can look to these role models as a foundation on which we can build for the future.”

Individuals are nominated for their outstanding civic and business contributions to the Owensboro area and recognized for their business excellence, entrepreneurial spirit, courageous thinking and action, inspiring leadership, community impact, and service as a role model.

According to the announcement, “Clark is a pioneer for women in business, and her incredible civic contributions and commitment to changing lives are an example to everyone. She is the co-founder of Impact 100, an organization of women contributing to local nonprofits chosen by members. As of 2021, a total of $3,620,500 has been given to Owensboro nonprofits.”

According to the announcement, “As early as their preteen years, brothers Bill and Scott Jagoe already were involved in a hands-on fashion in the homebuilding industry. They helped their father, Williams R. Jagoe III, with work at job sites of his Owensboro-based Jagoe Homes and Construction, Inc. Around 5,000 homes have been built in some 60 subdivisions by Jagoe Homes Inc., the company these two brothers started in 1985. They were named National Homebuilders of the Year by Professional Builder Magazine in 2010, topping more than 119,000 U.S. homebuilders.”

According to the announcement, “Greenwell was a true pioneer in the development of wholesale mortgage banking in the U.S. The company developed regional wholesale offices to support sales representatives throughout the U.S. All retail and wholesale loan production were ultimately serviced in Owensboro, providing jobs and growth for the community and people he loved. Upon his retirement as President/CEO of Lincoln Service Corporation in 1987, the company had reached $4.3 billion in mortgage servicing.”

Junior Achievement of West Kentucky strives to empower young people to own their economic success.  The volunteer-based K-12 programs foster work and career readiness, entrepreneurship, and financial literacy skills, and use experiential learning to inspire kids to dream big and reach their potential. JA serves 15 counties and over 20,000 students annually. For more information, visit westky.ja.org. 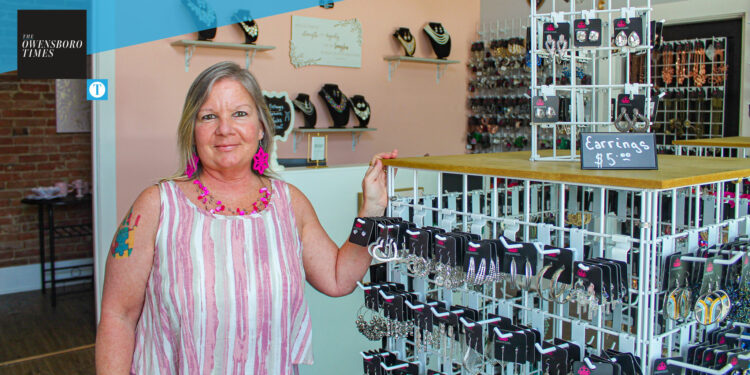 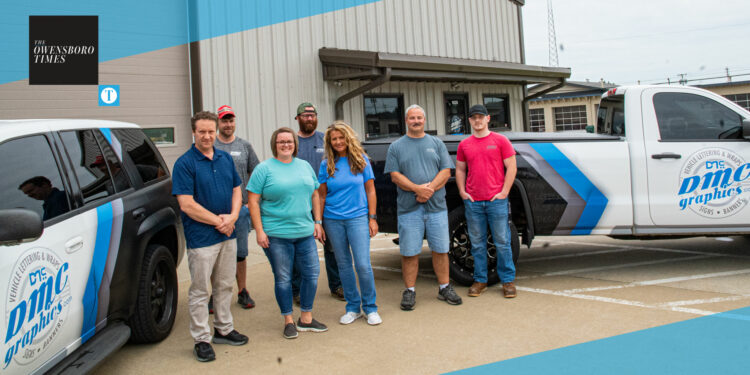