Union president Brent Clary said the new 5-year agreement between Swedish Match and the union was a pivotal contract. He said the exponential rise in union members working at the company led to different priorities that needed to be addressed, but said there was “never any doubt that we would come to common ground with the company.”

Clary said there were roughly 180-200 union member employees at the company for several years. Then from late 2017 to now, it grew to 470+ union members.

“That growth has just been bananas,” Clary said. “We’re now trying to cover age groups from 21 to 75, so everybody’s priorities are a little different. It used to be that everybody was kind of close in age, so everybody had common goals and common interests. When you throw that big of a difference in there, it’s hard to navigate.”

But he said the relationship between the union and company has always been strong.

“We’ve had a wonderful relationship with a company for so long. We’ve got a common goal, and we always work to achieve it,” Clary said. “Negotiations are never easy, because the company has a job to do which is to make money and to do it as cheaply as possible, and it’s our goal to be paid a wage that compensates us for what we feel our value is. That was helped out greatly by the relationship we had, too.”

Shane Dukes, Director of Operations for the Owensboro factory, said “This new agreement is very important for our employees, our customers, our shareholders and for the community. Swedish Match’s commitment to innovation, and its market-leading nicotine pouch brand, ZYN, has significantly expanded Swedish Match’s investment in its employees and the Owensboro community.  Swedish Match is also committed to producing high quality products, and this new five-year agreement demonstrates the Company and the Union’s commitment to working together to keep these jobs, with attractive wages, benefits and working conditions in Owensboro.”

Clary echoed the importance that nicotine pouches played in the expansion of the company.

“We put out a quality product that is unmatched,” he said. “We hold the majority market share in the nicotine pouches, and that’s all from the quality of people that Owensboro has that makes this end product. It’s a good place to work and always has been.”

In early May, it was announced that Philip Morris International (PMI) made a reported $16 billion offer to buy Swedish Match, whose board of directors recommended the company accept the offer. A PMI spokesperson said at the time their current plan does not include material changes — such as any that would affect the operation of the Swedish Match factory in Owensboro or its employees.

Clary said they’ve been assured that no changes are coming.

“They recognize that here in Owensboro, what we put out and the value that we have here, that we’re doing something right,” he said. “They do not plan on touching it. The talk right now is that they are very happy with what it looks like. Their due diligence indicates that we are in great shape, so they would not want to play with that formula.”

The Swedish Match factory in Owensboro has long been a big contributor to the economic landscape, including a pair of major developments over the last few years.

In 2017, Swedish Match announced a $40.9 million investment for the Owensboro facility that was expected to create 36 jobs. That initial projection was more than doubled over the following two years to exceed $100 million in total investments.

Then in 2019, the Owensboro factory unveiled a $115 million expansion that was expected to add 120 jobs. The expansion focuses on Swedish Match’s ZYN nicotine pouches, which are only produced in Owensboro.

Swedish Match has been working toward their vision of “A world without cigarettes,” and more than 65 percent of its sales are derived from smoke-free products. Their smoke-free portfolio includes snus, moist snuff, chewing tobacco and nicotine pouches. The company has no cigarettes in its portfolio. 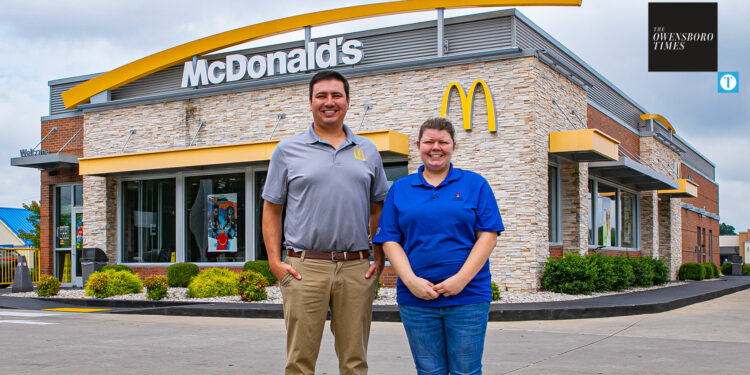