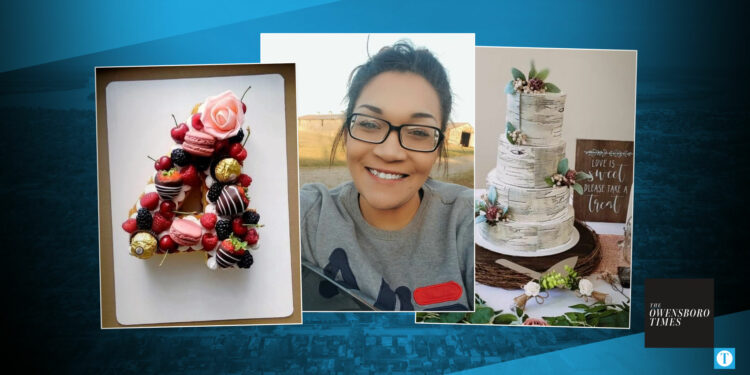 Etienne Bouie began her culinary career watching her mother and grandmother bake. She enjoyed the process and realized the kitchen was where she wanted to be, baking special-occasion cakes and desserts.

Bouie — the owner and pastry chef behind Ebaktiques, LLC — moved to Kentucky from New York, where pastry shops are more frequent in brick-and-mortar locations, something she hopes to eventually have.

“I’d love to provide our community with a dessert shop where they can walk in and get a grab-and-go or even the choice of having a sweet, dine-in experience with me,” Bouie said.

Though she began her culinary career 10 years ago, she has only operated her own business for 3 years after encouragement from her fiance Nicholas Hamby, her children, and her peer and mentor chef Katie Wimsatt.

“I have a lot of strength and am a very driven person but without the push from [Hamby], I can’t necessarily say I’d be this far into it without his encouragement,” she said. “[Wimsatt] guided me into taking those first steps in getting my LLC.”

Bouie also creates keto-friendly and gluten-free desserts, which are often featured and asked about on her Facebook Page.

Ebaktiques has begun catering as well and creating desserts for private events. One of her specialty items allows brides and grooms to sample various wedding cake flavors – from three to seven – and can be delivered.

Bouie said that creativity is what drives her to keep shifting the idea of traditional desserts.

“What I absolutely love about baking most is incorporating my aesthetic [and] articulate designs,” she said, adding those speak for her brand and become the face of her business.

Ebaktiques desserts have recently been featured at the Country Club of Owensboro, offering triple ganache chocolate cakes and key lime pies for the members. Over the Fourth of July weekend, individual red, white, and blue shortcakes were the star of the buffets, all to rave reviews from members.

“It’s a rather overwhelming sense to witness others get so much satisfaction when tasting the things I make,” she said.

For more information and to see photos of Ebaktiques creations, click here.