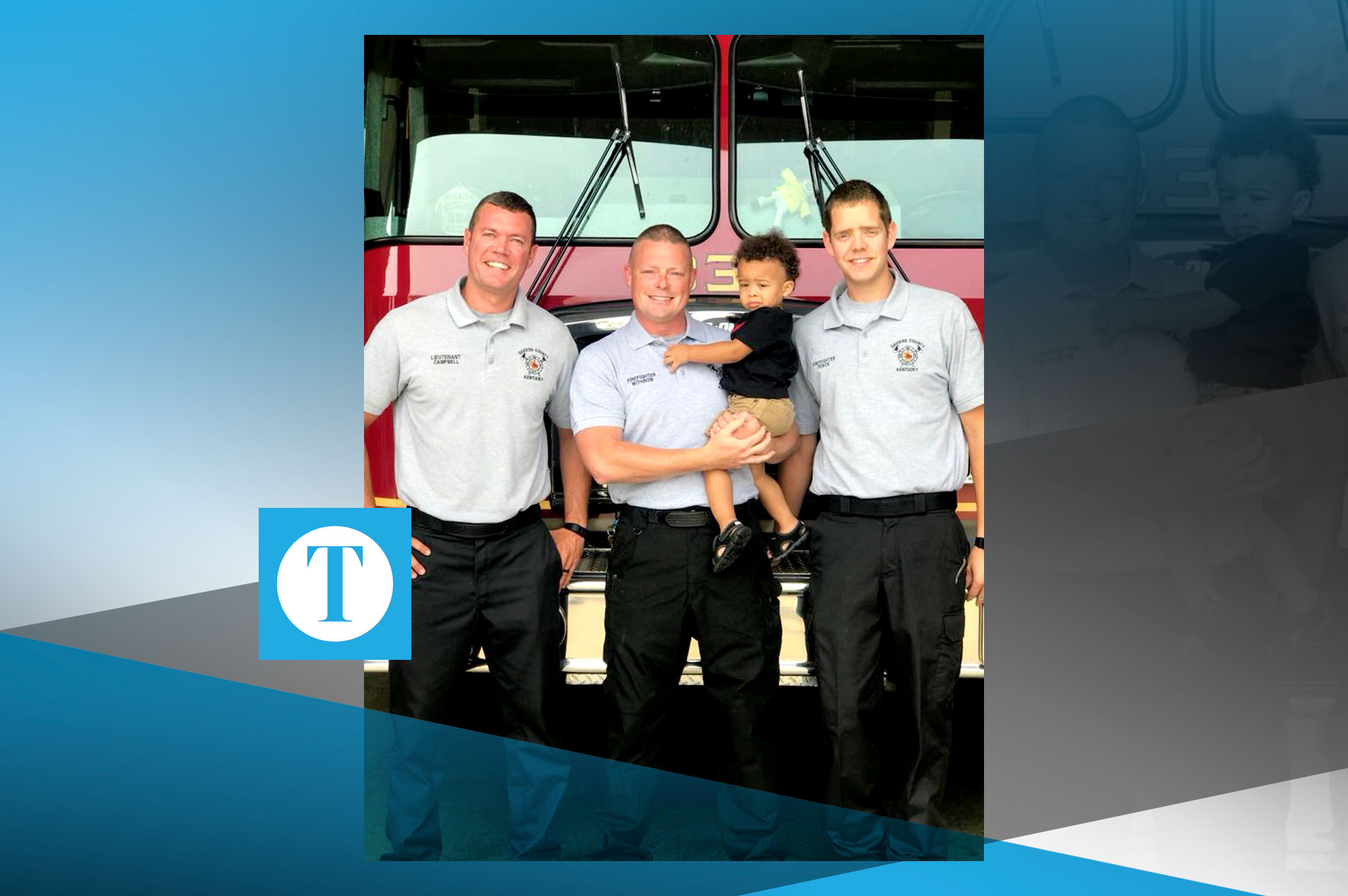 On Aug. 13, 2018, Becky Young was watching Kaynan Mason, her almost 2-year-old grandson eat his hot dog when he began choking. She was right next to him but even vigilance could not stop his choking.

Young immediately turned him upside down and hit his back, but Kaynan took a breath and the hot dog traveled further obstructing his airway.

Young called 911 then continued CPR on Mason. Within minutes, Daviess County Fire Department Chief Dwane Smeathers and Assistant Chief Jeremy Smith arrived. Kaynan was unconscious and obviously in distress, so Smith picked up the child and, because nothing was visible in Mason’s mouth, began back blows, the Heimlich maneuver for a child. The crew arrived and Paramedic Joseph Withrow used a pharyngoscope to lift the tongue and see the airway.

“The hot dog was on the lower airway, on the other side of the vocal cords, which is abnormal,” Withrow said.

He tried back thrusts as well, but it only moved the hot dog up the airway slightly, not enough to remove it.

Since DCFD is a non-transporting fire department, a paramedic rides with the crew, all of which are EMT-trained. Yellow Ambulance arrived shortly after DCFD, and Firefighter Quinton Pence carried Kaynan to the ambulance to ride with him, along with Withrow. During transport, Withrow continued attempts to dislodge the hot dog and soon succeeded in removing the obstruction.

“We did artificial ventilation for 45 seconds and then he began breathing on his own,” Withrow said. “I won’t lie, tears came to my eyes when I noticed reaction and movement [from Kaynan].”

Chief Smeathers and Assistant Chief Smith drove Young to the hospital and when they arrived Kaynan was sitting up, conscious.

Daelyn Mason, Kaynan’s mother and a student at Ross Medical Education Center, immediately left class and met her mother and son at the hospital.

“They had him on oxygen because his levels were low, but he was in so much pain,” Mason said.

Owensboro Health routed Kaynan to Norton Children’s Hospital in Louisville where doctors kept him overnight, releasing him the next morning.

The emergency responders who responded to Kaynan’s incident say the quick responses of everyone involved are what saved the 18-month-old’s life last Monday.

“It’s an absolute miracle,” Withrow added. “It was an excellent team effort.”

DCFD got a visit from Kaynan when he returned and posed for a photo with him.

“These are the kinds of things that make it all worth it,” Chief Smeathers said.