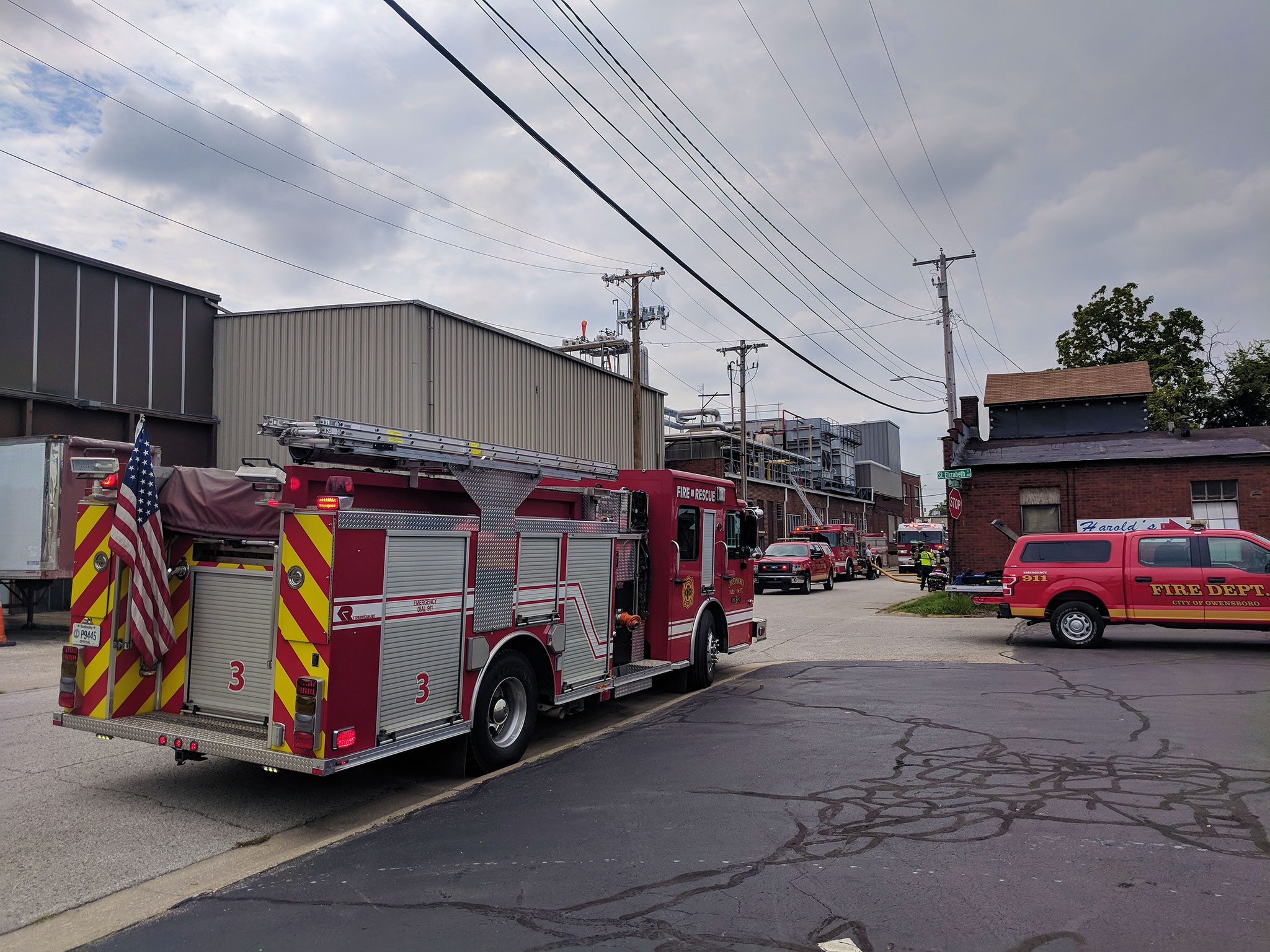 According to the Owensboro Fire Department, Stations 1, 2, 3 and 4 are currently working a fire at Echo Lakes Foods at 11th and Frederica. The scene is still active. In a Facebook post by OFD, the department said, “units are checking for extension and conducting overhaul. An additional engine has been dispatched to rotate personnel. Smoke removal is a challenge in large buildings.”

Owensboro Times is on the scene and spoke with Battalion Chief Steve Leonard who said that units arrived right before noon and witnessed smoke coming from the oven vents on the roof.

According to Leonard a large oven allegedly caught fire, yet the reason why is still unknown.

Chief Leonard said units are doing a thorough check of the interior of the building to ensure there is no concern of extension fires.