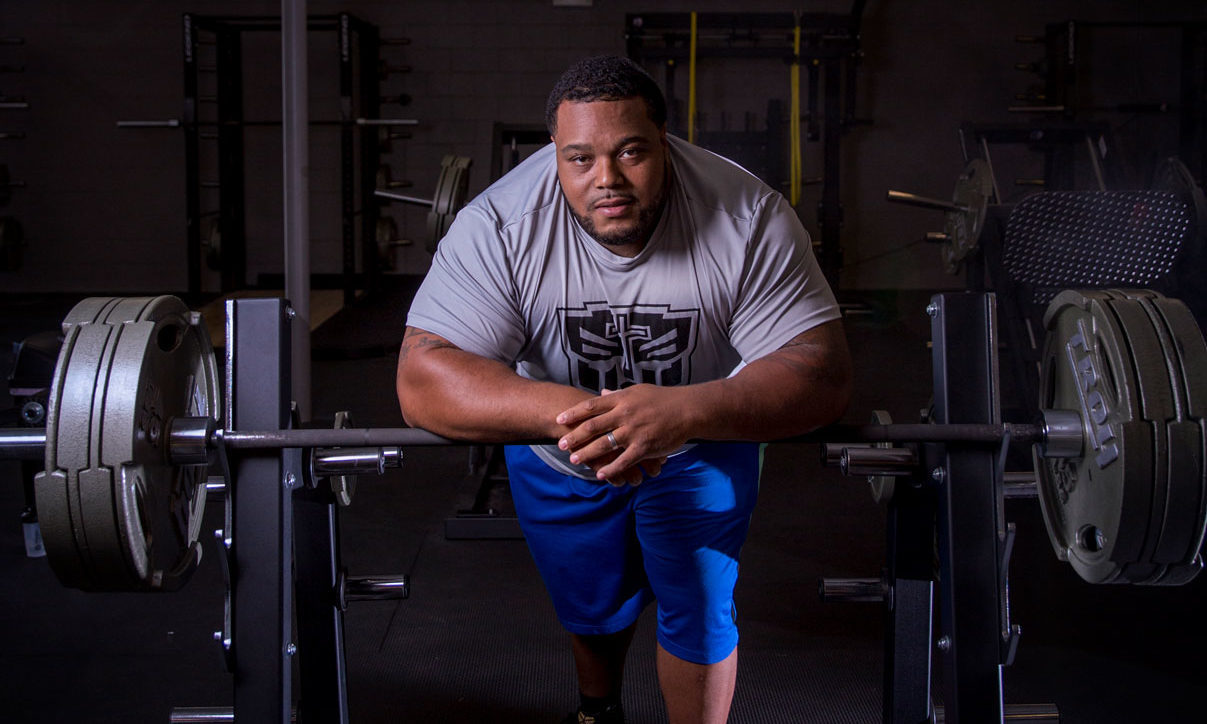 If Julius Maddox accomplishes his goal in San Jose, California this weekend, Owensboro will officially be the home of the “World’s Strongest Man.”

On Aug. 24 and 25, Maddox, 31, will compete in the “Boss of Bosses V,” a competition sanctioned by the World Raw Powerlifting Federation. There, Maddox will attempt to raw bench press over 738.5 pounds, breaking the current record. He is only the fifth person in history to bench press 700 pounds.

“I’ve been really confident up to now, but I’m proceeding with caution,” Maddox said.

In addition to prizes and being ranked number one in the world if he achieves his goal, winning will likely mean more sponsorships and invitations to more competitions. For Maddox, a father of four who works as a supervisor at Friends of Sinners, a local recovery program, and serves as character coach for the Owensboro High School football team, powerlifting is more than a hobby; it’s a lifeline.

At 25, Maddox was incarcerated and facing prison time. Instead, he was accepted into Friends of Sinners and turned his life around. After getting clean and taking on the responsibilities of sober adult life, he started weightlifting to cope with stress.

His success has been rapid. Most of the weightlifters in the upcoming competition have been lifting about 15 years, according to Maddox. He has been competing for only 4 and a half years.  Despite being comparatively early in his lifting career, Maddox is already sponsored by two national brands: TuffWraps, a clothing and gym apparel line, and Sapper Nutrition, a vitamin and supplement line. He’s also sponsored locally by “Gourmet to Go.”

Maddox says that there are a lot of misconceptions about powerlifting.

“People automatically assume because you’re a big guy that you can just lift a ton of weight,” Maddox said.

But that’s far from true. It takes hours in the gym for days, weeks, and months on end to improve and maintain.

Maddox says people also assume he is on a banned substance. “I am a drug-free athlete; no PED [performance-enhancing drugs], no peptides. A lot of people don’t believe that’s true.”

For Maddox, the glory of winning on the platform is second to what he sees as his true purpose — to be a positive member of his community and to share the Gospel and his story of redemption and redirection.

While it would be great to get to add “Home of the World’s Strongest Man” to Owensboro’s list of accolades, it’s clear to all who encounter Maddox that the community is already being strengthened simply by counting him as one of its own.