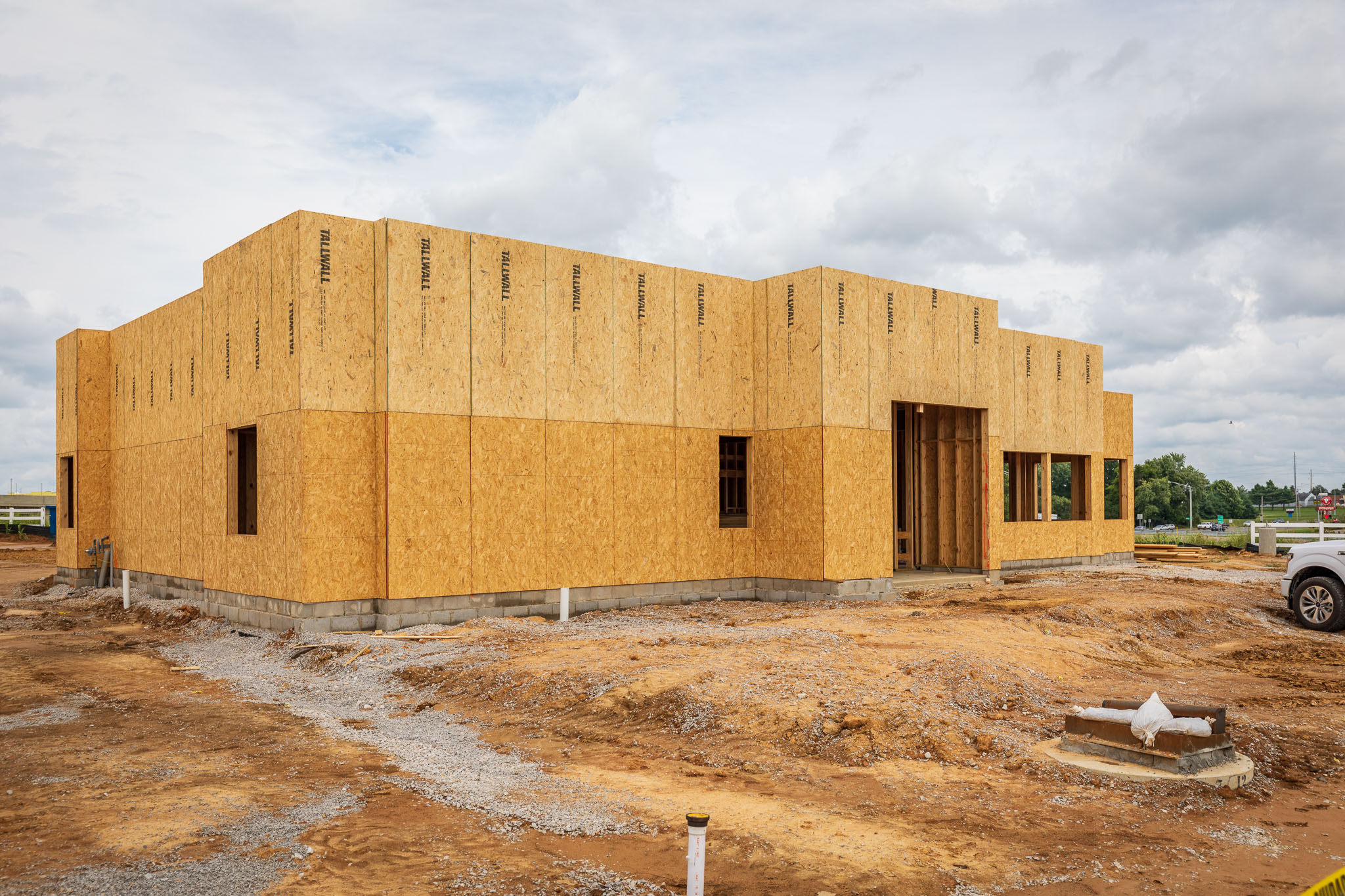 Next to LongHorn Steakhouse, in Heartland Crossing, the structure of Raising Cane’s Chicken is up. Raising Cane’s is a fast-food restaurant chain that was founded in Baton Rouge, Louisiana, and specializes in chicken fingers. The chain announced it was coming to Owensboro in May of this year. It was announced in April that Church’s Chicken, another fast-food chicken restaurant, will be coming to Owensboro. It will be located in Gateway Commons, but construction has not yet begun.

Just down the road, dirt is moving between the Nation’s Medicine and Re/Max building and Wendy’s restaurant. According to planning and zoning documents, this is a 4,700 sq. ft. parking lot expansion for Lewis Properties, who owns the building currently housing the pharmacy and real estate office.

Heading out of town, just before reaching Philpot, the land is being prepared for Perfect Storage, a four-building, 13,600 sq. ft. storage facility. The land sits just in front of Perfect Swing, a self-serve golf driving range owned by Floyd Tapp, who is also developing the storage facility.