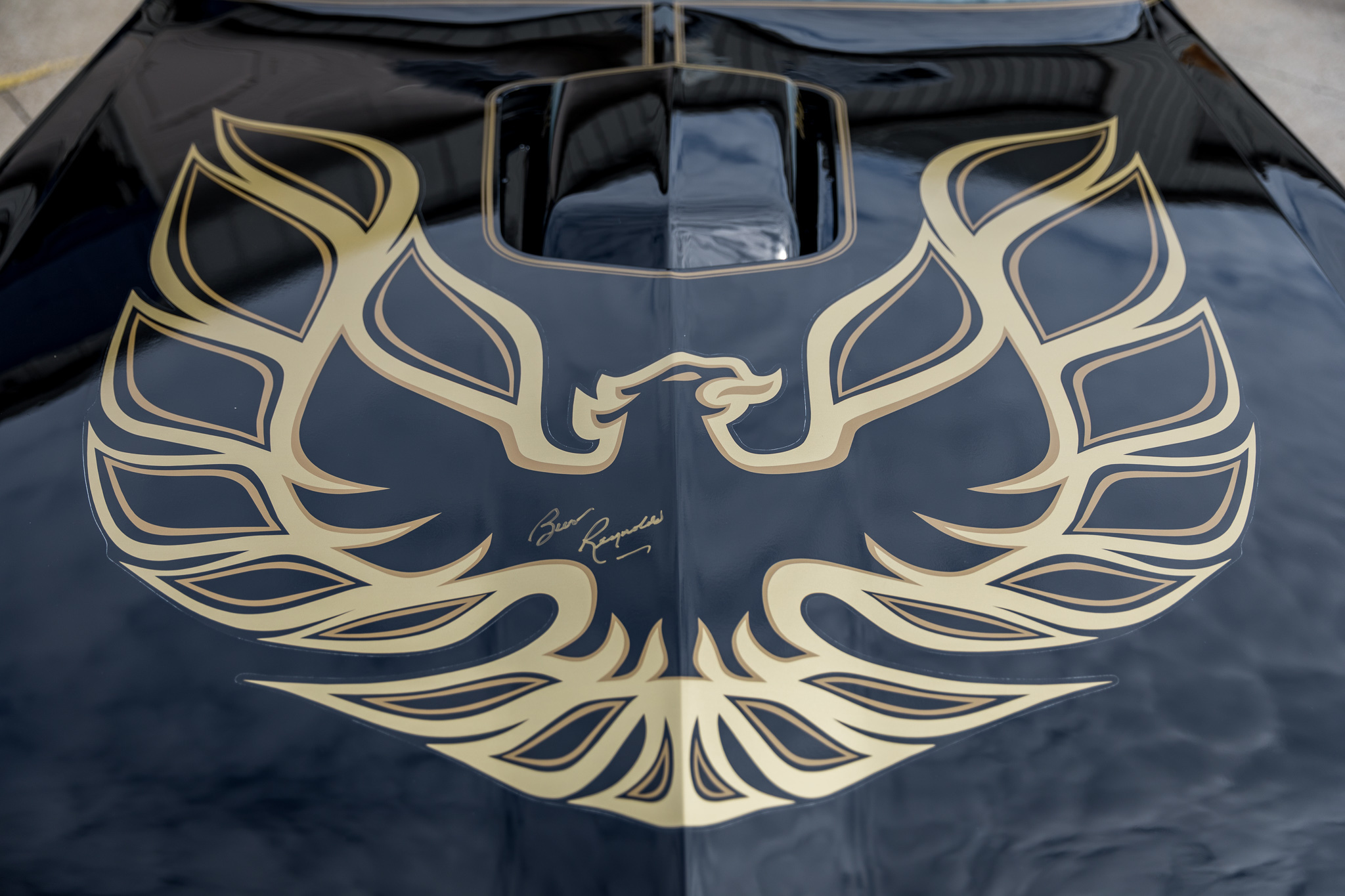 Jarrod Lanham has been a “Smokey and the Bandit” fan since he was ten years old and can still recall going to the old Malco downtown with his father when the movie first came out. Lanham will celebrate his 50th birthday this week, but received a priceless gift on Aug. 12 from Burt Reynolds, the Bandit himself, less than a month before the actor died.

Over Lanham’s lifetime, his love for all things “Bandit” has developed into an extensive memorabilia collection as well as a deep passion for cars. He has not only become an avid car collector but also owns Specialty Motors car dealership on Second St.

“I’ve got several Trans Ams,” Lanham said. “At one time we had seven.”

While Lanham has spent his life collecting and repairing cars, there was one particular car that has always been on the must-have list.

The iconic car that Burt Reynolds drove in the “Smokey and the Bandit” film is a sleek black and gold 1977 Trans Am SE with T-tops, which, according to a recent Parade magazine tribute to Reynolds, was more than just a car in the film.

“In ‘Smokey and The Bandit,’ the 1977 movie that became his cinematic signature, he was a gum-popping, gear-jamming rascal racing across the country escorting a big rig full of Coors beer—and for all practical purposes, one of his costars was a muscle car.”

Lanham has been pursuing the “Bandit” car for years, but he never could seem to find the right one. His son, Devin, now 21, would tirelessly search online and often report to Jarrod with, “Dad, I found the one.” Each time Jarrod would dismiss the car, waiting for just the right one to come along, a bone stock 77 SE Trans Am with air conditioning and power windows.

Almost ten years ago, they finally found “the one,” in Columbus, Ohio. Lanham will not divulge or brag about the cost of any of his vehicles. Instead, according to his wife Lisa, he jokingly refers to them as his 401K program.

“My wife has always said I waited to get the ‘Bandit’ car last because I knew she was going to cut me off after that,” Lanham said.

Once Lanham tracked down the ideal “Bandit” car, the next step was to have it autographed by the Bandit himself, played by actor Burt Reynolds.

After several years of researching, Jarrod and Lisa were finally able to meet the iconic actor in June 2017 at the “Smokey and the Bandit” 40th Anniversary event in Jonesboro, Ga. Reynolds was not signing autographs at the time, so the couple had to settle for a photo instead.

Jarrod and Lisa said that Reynolds was already beginning to look frail, but Jarrod did take the opportunity to introduce himself to Reynold’s manager. The two corresponded back and forth for over a year until the right opportunity finally presented itself this August in Pigeon Forge, Tenn.

“There was a post online that he was coming to Pigeon Forge and doing autographs,” Lanham said, “ So I seized the moment.”

Jarrod and Lisa loaded the car up into the trailer and headed to Tn., but there was a significant cost involved in the meeting and the autograph session.

“My 50th birthday is in a few days,” Lanham said. “When I told my wife I had a chance to get the autograph, she said, ‘Happy Birthday to you,’ and I got to knock off one of my bucket list items.”

Lanham said that there were hundred present seeking the famous actors autograph, along with those of other celebrities like racecar driver Richard Petty, and Million Dollar Man actor, Lee Majors.

“I could have taken the hood in, but I wanted him to the sign car itself,” Lanham said. “The setting was different, so I was able to meet him one on one. When he came over there, I shook his hand. He talked about how nice a car it was,” and the two joked about who would drive.

For those who think Lanham has intentions of making money off the car, he begs to differ.

“It was a childhood memory. I didn’t do this for profit; this was for me, “ Lanham said. “It was the highlight of my year.”

Now that Lanham has his dream car signed by his childhood hero, it would seem there isn’t much else to go after.

“He is very content now that he has the Bandit. Getting Burt Reynolds autograph just makes the car,” Lisa said. “Now he wants the Snowman semi,” she laughed.