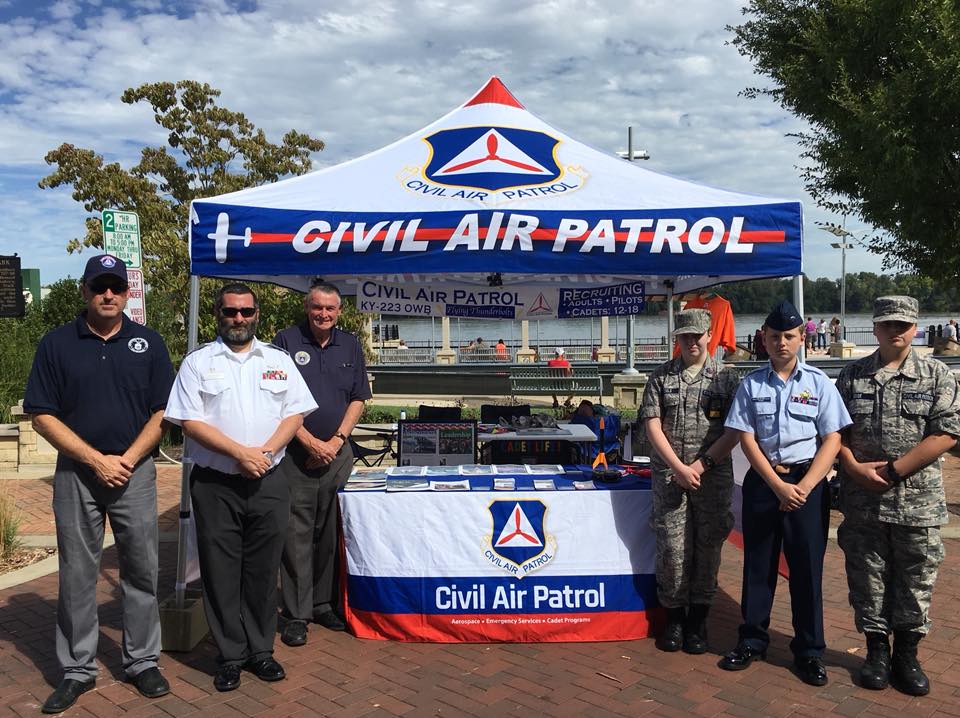 After the success of the Owensboro Air Show, the Owensboro Squadron of the Civil Air Patrol is inviting community members to attend their open house from 6-8 p.m. Sept. 25 at the National Guard building on Tamarack Road.

While CAP Captain Patrick Deem doesn’t know exactly how many people stopped by the CAP booth at the air show, he said he is excited about the potential in recruits and those interested in learning more about the programs they offer.

“As far as the visibility and education of our existence it went well,” Deem said. “Friday night was our best night — we probably spoke to about 100 people and showcased our aircraft to about a few hundred people. Saturday went well with about the same amount of people stopping by getting familiar with us.”

Deem said the CAP not only inspires youth to learn more about aviation, but they also get to actively participate.

“The cadets get to go on actual flights with Civil Air Patrol Pilots,” he said. “They learn about rocketry, the four forces on an airplane, flight simulation and flying air space.”

Cadets also learn respect, discipline, how to rely on other and be relied on by others.

CAP also goes in the field on missions, learning how to triangulate a downed aircraft by communicating with the CAP airplane in the sky.

“We are hoping to inspire the next generation of pilots,” Deem said. “These recruits are really needed for the pilot shortage going on currently.”

CAP is the volunteer, nonprofit auxiliary of the U.S. Air Force. Its three missions are to develop its cadets, educate Americans on the importance of aviation and space, and perform life-saving, humanitarian missions.

For more information on the Owensboro squadron visit ky223.kywg.cap.gov.