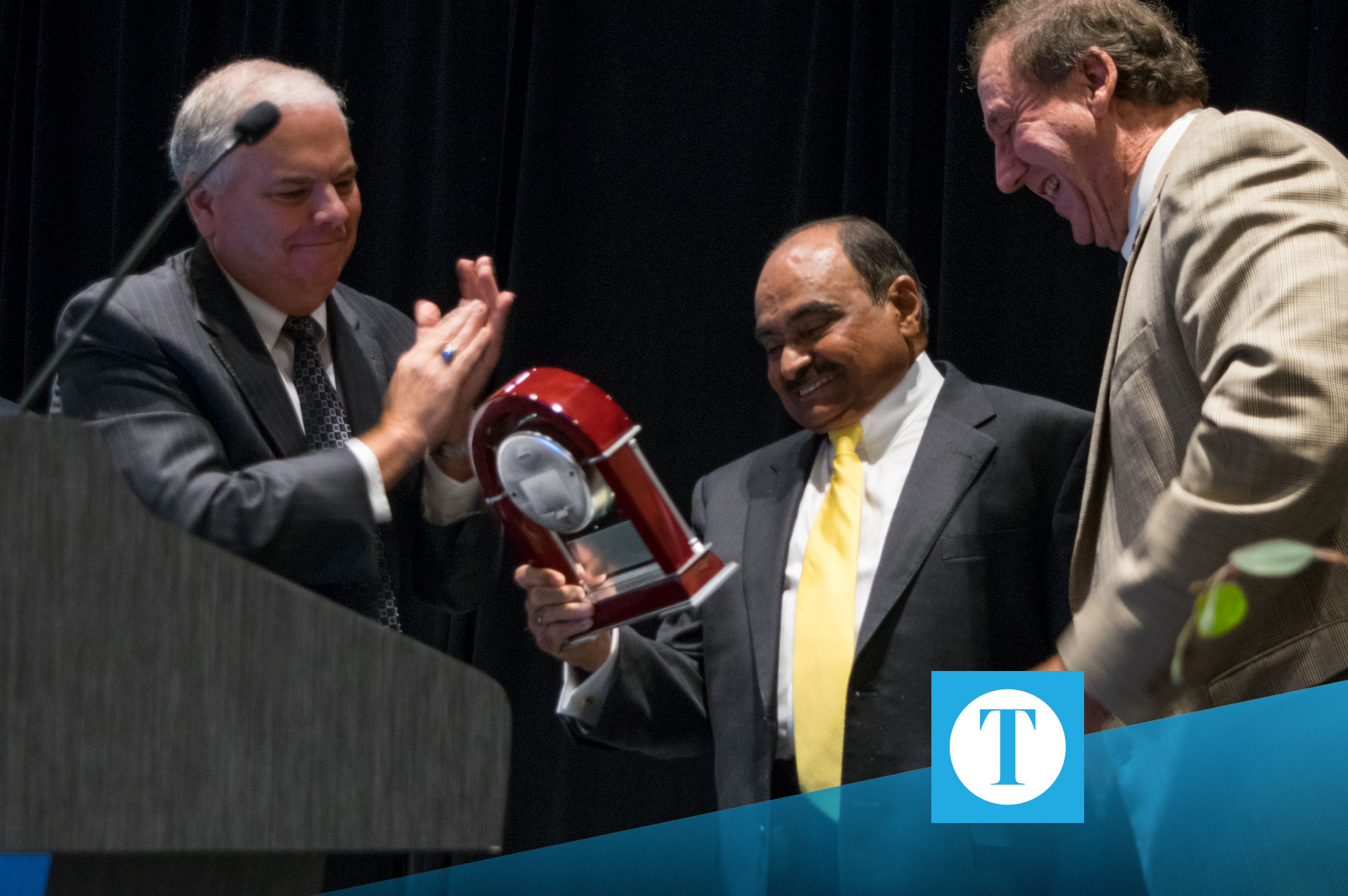 Over 550 people from the communities attended the celebration. Along with GRADD board members, city commissioners, judges and governors, Jan-Zahradnicek from the Czech Republic was also in attendance. The Czech Republic and GRADD have a sister region partnership.

Several awards were given throughout the night-

Community of year was awarded to Dixon, KY for the development of its sensory and spray park for children with disabilities.

Jiten Shah, who serves as the Executive Director of GRADD, awarded the Lifetime Achievement Award to George Russell.

A 50th anniversary video expressed stories of GRADD’s assistance in helping people in each of the communities. Workforce development, meals-on-wheels, grants and loan programs for start up businesses, were highlighted during the program. Many of the recipients conveyed their lives and communities would be very different if they hadn’t received the assistance from GRADD.

Judge/Executive Kelly Thurman made closing remarks and a toast to the next 50 years of GRADD. Thurman then presented GRADDs Executive Director, Jiten Shaw, with an engraved clock for his 45 years of service in the GRADD organization.