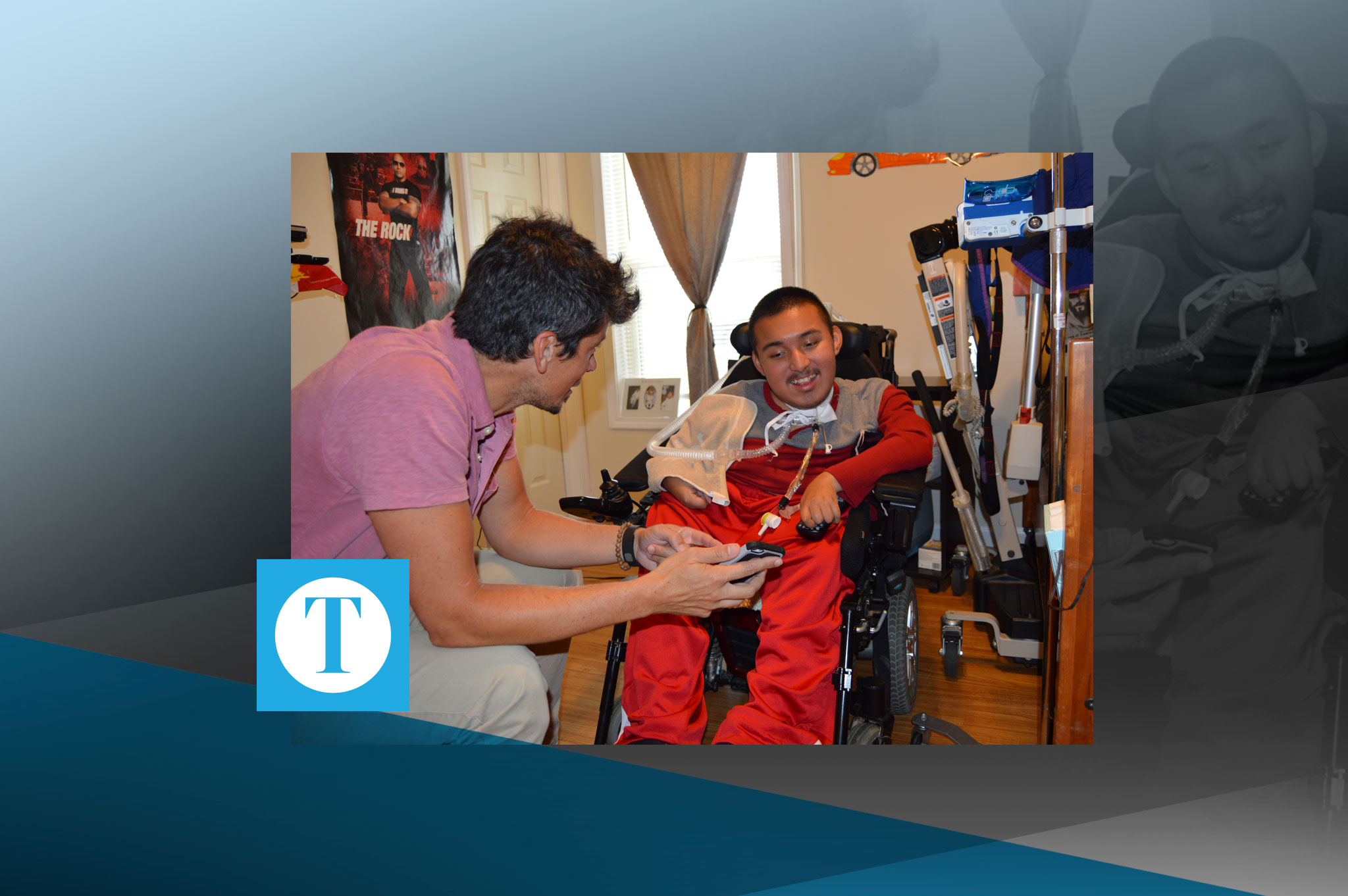 Ruben Matias was diagnosed with muscular dystrophy at 8 years old after several significant falls. Despite the advancement of his disease, which leaves Ruben with little to no movement of any of his body, his long-time teacher, Robert Williams, says Ruben is always positive and worried about others.

“Ruben is an amazing kid,” Williams said. “He is unbelievably thoughtful and genuinely thinks of others before himself.”

Williams, a special education teacher at Deer Park Elementary, met Ruben in the fourth grade. At that time, Ruben was 11, had much more mobility and was able to attend school regularly. The teacher-student duo joined Team Karlie and ran several local races together — Ruben in his wheelchair with Williams pushing.

Once Ruben moved on to middle school, Williams kept in touch with him and his family. Williams would bring gifts for Ruben’s birthday or stop by with his favorite meal, a chicken strip basket from Dairy Queen.

In the ninth grade, a bout of pneumonia left Ruben in the hospital for two months. He survived but now requires a permanent tracheostomy. Since then, Ruben’s muscular dystrophy has progressed so much he can’t even operate his electric wheelchair. Able to make slight, barely noticeable movements with his hands and very small neck movements, Ruben, 19, is confined to his home most days.

Now a senior, Ruben receives two hours of homebound teaching from Williams twice a week. Despite being an elementary teacher, Williams couldn’t pass up the opportunity to help Ruben. Williams has now gone a step further with a quickly funded GoFundMe campaign.

“With so little opportunities for entertainment and interaction, I was raising money to provide Ruben some entertainment,” Williams said.

Williams estimated a $900 goal would pay for a year’s worth of internet, Netflix, Spotify, and a Google Home and Chromecast. In three weeks, Williams raised $1,175 for Ruben.

“Mr. Williams is a really good teacher,” Ruben said. “He is always so helpful. I am so thankful for him.”