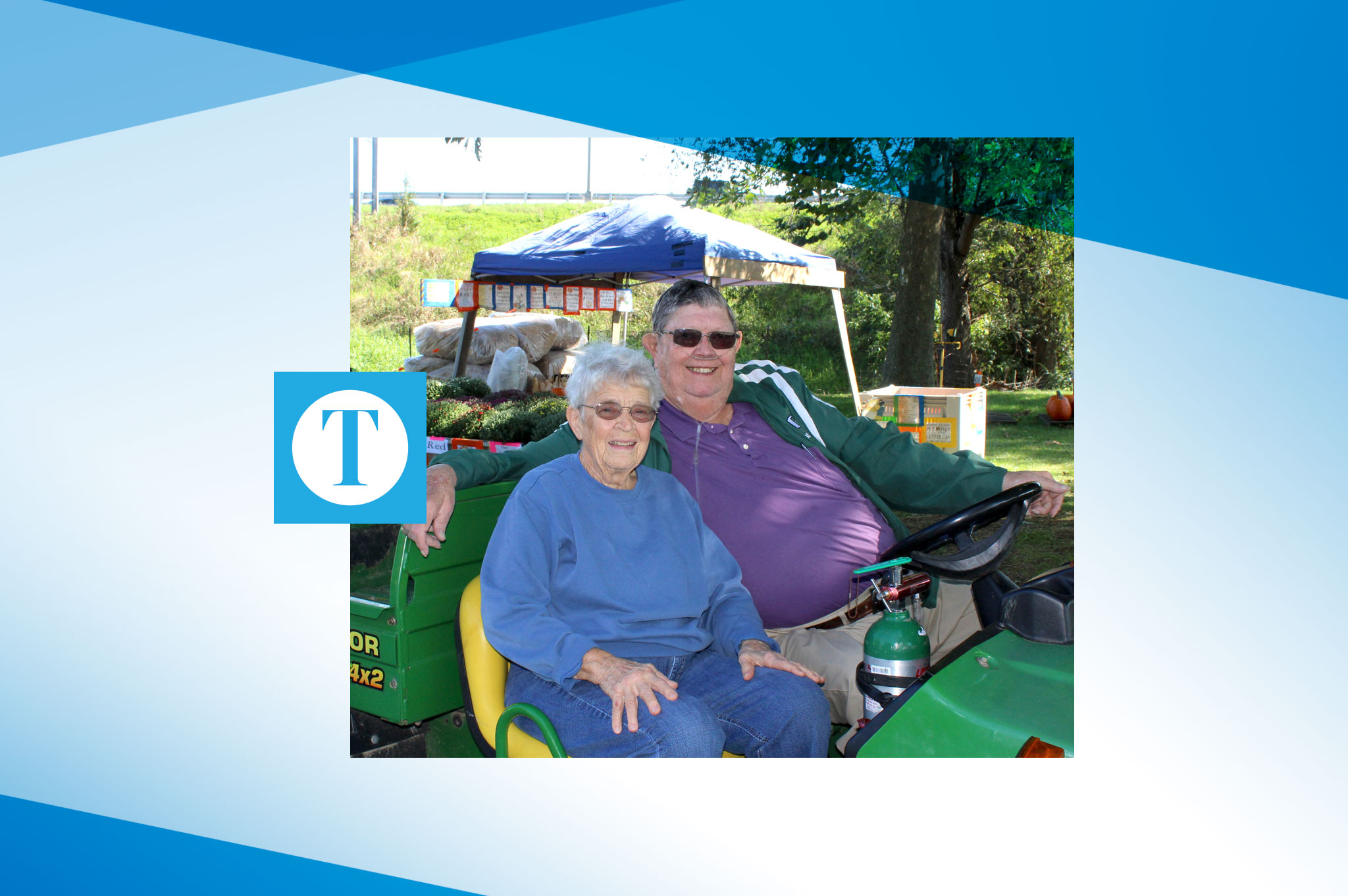 If you have driven down Bittel Road during the fall, chances are you have passed by the home of Mike and Cloa Thompson. Brimming with old wagons full of mums, and pumpkins on pallets under covered tents, the Thompson’s home sits just past the Greenbelt and overpass. The fall items are not from the Thompson’s farm and are not intended to benefit the Thompson family; they are the vessel in which they minister to the needy.

“It all started under a 20’ red and white striped tent on the Parrish Ave. side of the Old Owensboro Armory,” Mike Thompson said. “The Glenmary Guild started selling pumpkins and mums in the Fall of 2000 as a Fundraiser for the Guild to be able to help support the Glenmary Sisters in their efforts to feed and clothe the least advantaged folks at the Glenmary Home Missions.”

Since that time, Mike and Cloa have restored old wagons and assembled tents in an effort to provide an appealing display for customers.

The pumpkins they sell have been purchased at a discount from Trunnell’s Farm Market. The mums are purchased from radio announcer Jeff Nalley who uses a computer system to test the soil and ensure the health and quality of the fall flowers.

Mike Thompson said they enjoy supporting Nalley because he is raising mums to put his three boys through college at the University of Kentucky.

Mike and Cloa could not do what they do without the help of volunteers like Gary and CathyGrundhoefer, and Jody Thomson. Jody is a high-functioning adult with disabilities that greets everyone with a smile as he escorts them to the car with mums or pumpkins in hand.

The two usually raise somewhere between $7,000 – $8,000 a year for Glenmary Home Missions. Mike said Cloa uses that as “seed money” to make purchases at a discount at area stores and department stores. Mike Thompson said between Cloa’s tendency to be thrifty and the generosity of various stores, they can turn the $7,000 into $40.000.

Although they find great joy in raising and donating thousands of dollars each year to the Glenmary Sisters, the Thompsons are equally as happy when families return year after year with children and grandchildren in tow.

“I always give ‘em a ride on the Gator,” Mike Thompson said.

As each year passes, Mike Thompson suggests it may be their last.

The Thompson’s Glenmary Mission fall fundraiser is located at 3201 Bittel Road and will be open for pumpkin and mum sales through October.