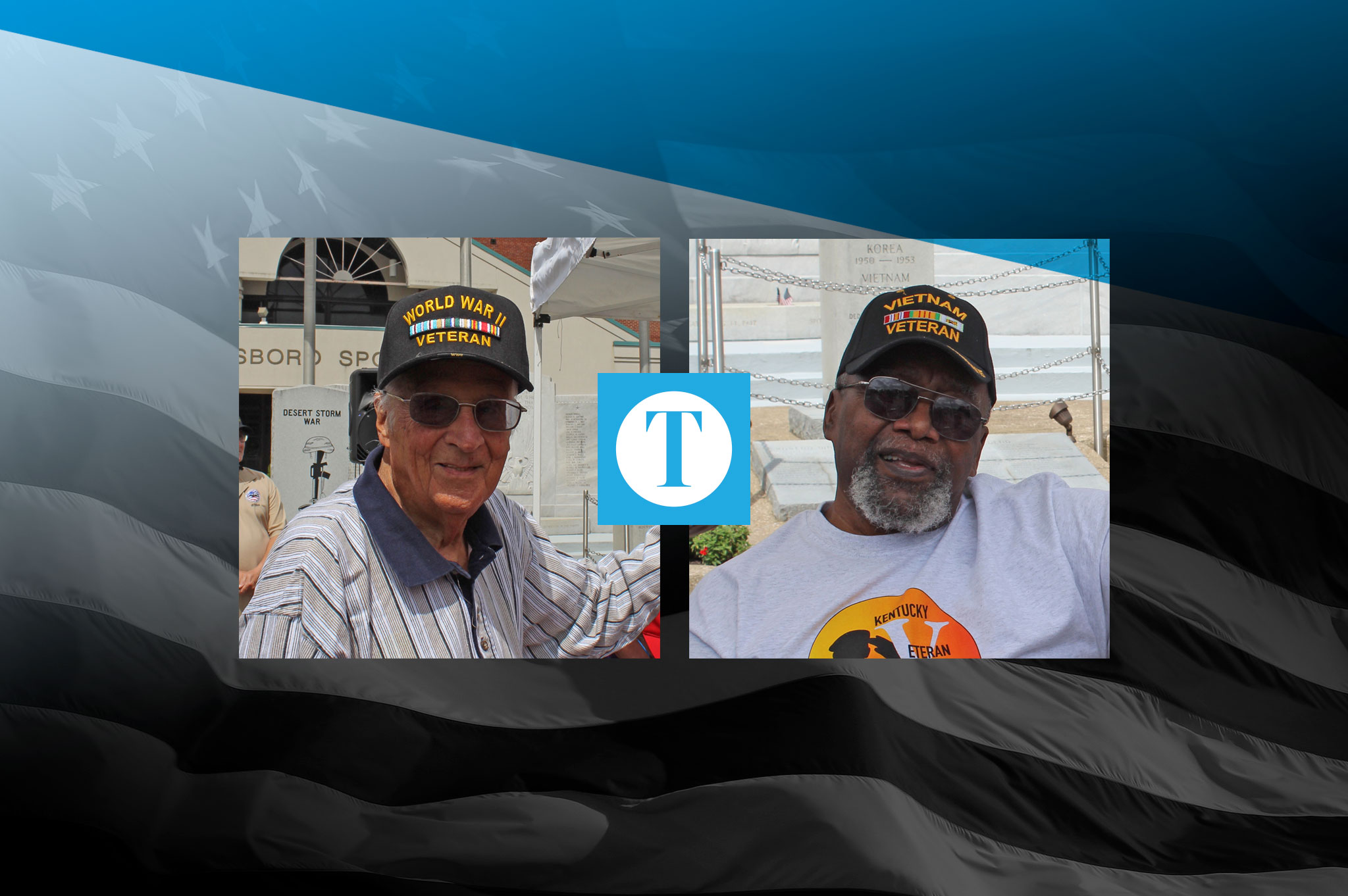 Since Sept. 10, 2012, September 11 has been recognized as Patriot Day, officially known as the National Day of Service and Remembrance. Patriot Day is observed in honor of the individuals who lost their lives as a result of the terrorist attacks on September 11, 2001.

This particular Patriot Day is especially significant to two area veterans who have been selected for today’s Honor Flight.

Honor Flight is a non-profit organization whose sole mission is “to transport America’s veterans to Washington, D.C. to visit the memorials that are dedicated to honoring their service and sacrifice, as well as that of their friends.” The current Honor Flight will have the bittersweet honor of departing Owensboro on Sept. 11, Patriot Day.

One man that offers a unique perspective on the meaning of today’s flight, is World War II veteran Arch Bamberger. Mr. Bamberger not only served as a Navy aviation electrician during WWII, he then spent the majority of his life as a first responder.

Bamberger worked for the Owensboro Fire Department for 29 years, before retiring as Captain.

A man who enjoys the simple things in life, such as his view of the Ohio River, Bamberger has been invited on the trip several times but finally made the decision last month to go. A 97-year-old WWII veteran, Bamberger was given top priority and will be taking his son Ron along as his guardian.

As far as which monument he was looking forward to visiting the most, Bamberger said, “I guess Arlington Cemetery; I wouldn’t mind seeing that.”

“The will be my first time (taking the Honor Flight),” Gainey said. “I’m told it’s a trip to behold.”

While Gainey is a bit nervous about the impending weather along the east coast, like Bamberger, he too is looking forward to visiting Arlington National Cemetery, but for different reasons.

Gainey’s wife, Frances, died in Aug. 2016 and was interred in Arlington that October. The two had been married for 53 years, but, due to poor health, Gainey was unable to make the trip to Arlington.

Gainey’s daughter, Maria Kelly, who will be his guardian on the Honor Flight, moved her father from Boston to Owensboro after her mother died.

“When my mom passed, my dad was in the hospital for 45 days in Owensboro,” Kelly said. “The doctor said it literally stemmed from a broken heart.”

The Honor Flight to Washington, D.C. will not only afford Gainey the chance to see the many monuments that span his decorated career, it will also offer him the opportunity to visit his wife with his daughter by his side.

“Keith Cain is making something available to my dad,” Kelly said. “That my dad is going to be with his band of brothers and get to visit the grave of his wife for the first time. It’s an honor.”

There will be a “Welcome Home” parade beginning at 10 a.m. on Thurs., Sept. 13, en route to the National Guard Armory.