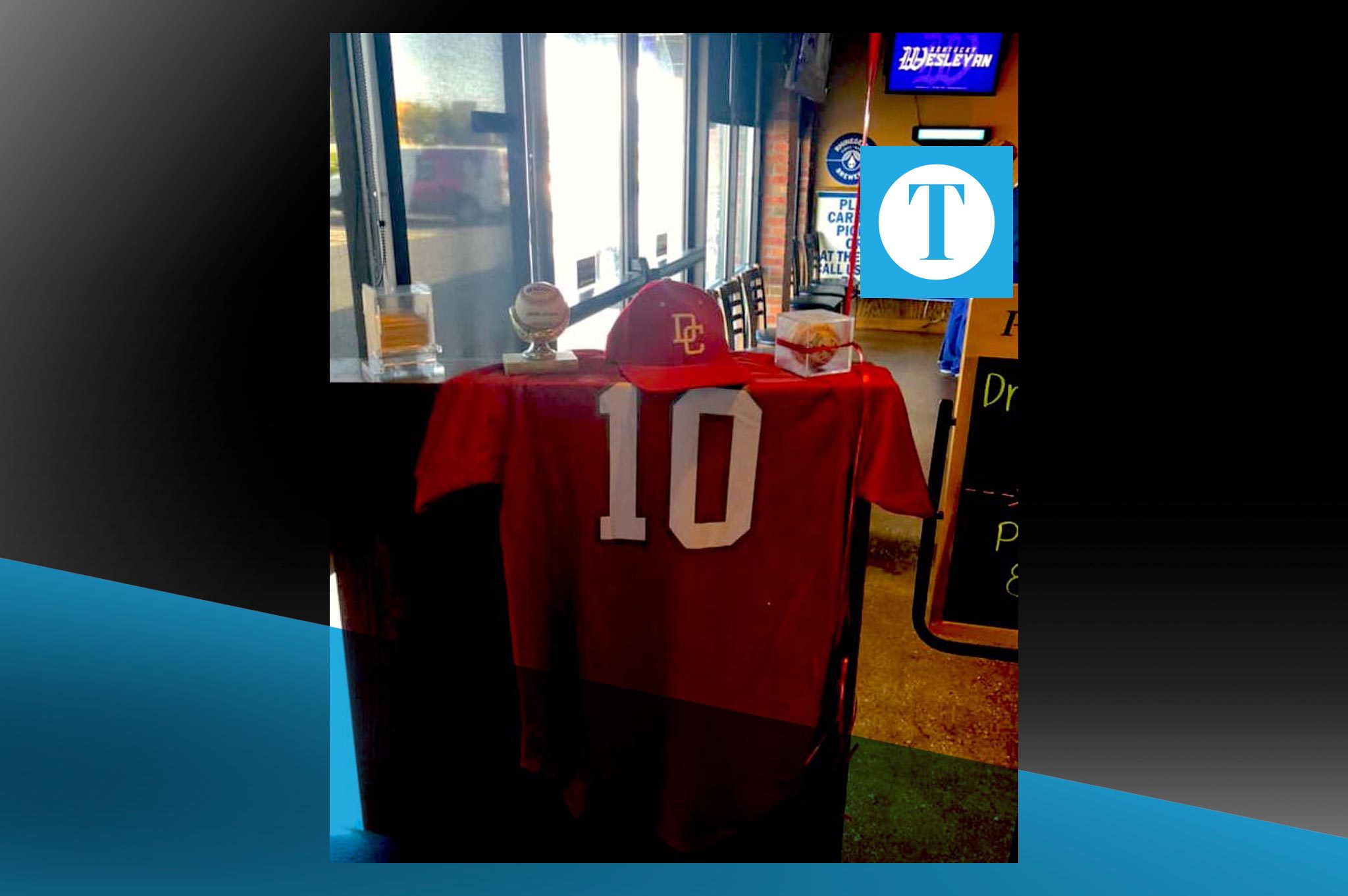 The calls came in before the restaurant even opened. The waitlist finally ended a little after 8:30 p.m. Businesses phoned in to-go orders for large parties, some people walked in and donated cash without eating and some donated above and beyond the cost of their bill and gratuity. It was all part of a community effort to benefit the 16-year-old boy whose jersey hung on the host stand.

Although Daviess County High School junior Grant Oller has been frequenting Beef ‘O’ Brady’s with his parents for several years, Grant is also an employee. When multiple news outlets reported that Grant was hospitalized at Norton’s Children’s Hospital in Louisville with severe bilateral pneumonia, the community began to rally around the Oller family.

Beef ‘O’ Brady’s co-owner, Stacy Bratcher, said she was overwhelmed by the outpouring of support for Grant Oller and his family during the fundraiser Wednesday, but she still couldn’t help but reminisce about the enjoyment the family brought to the restaurant.

“The Ollers have been coming in here to eat as a family forever,” Bratcher said. “Before you know someone by name, you call them by their order.”

Bratcher went on to explain that Nick Oller routinely ordered wings with a side of sour cream. So the Ollers eventually became known as “the sour cream family,” until everyone learned their names, and Grant began working there.

Like they so often do, the Bratchers offered to donate a portion of the sales to Grant’s family to help with extra expenses during Grant’s hospitalization. While Bratcher did not wish to share a final dollar amount raised out of respect for others that have had funds raised, she did speak to the volume of business.

“We’ve been open 12 and a half years and this is the biggest day we’ve ever had,” Bratcher said.

Although Bratcher stayed in constant motion throughout the day, she did have the chance to witness a few special moments. She said it was really touching to see all the kids come out without their parents in order to support their friend.

She also mentioned the man that had obviously left work, parked his car and tracked her down — “I can’t stay and eat, but I heard there was a sick kid,” he said as he opened up his wallet.

Bratcher said people were incredibly patient throughout the day, as well as exceedingly generous.

Her staff worked above and beyond as well, with several working through the lunch shift and staying for dinner. One server purchased a get well card for the entire staff to sign, while Shaina Tinnell filmed the crowd throughout the day to create a special video to share with the Oller family.

When comments were made about the Owensboro community coming together to show their support for Grant and the Oller family, Bratcher said, “That’s my favorite part really about Beefs.”