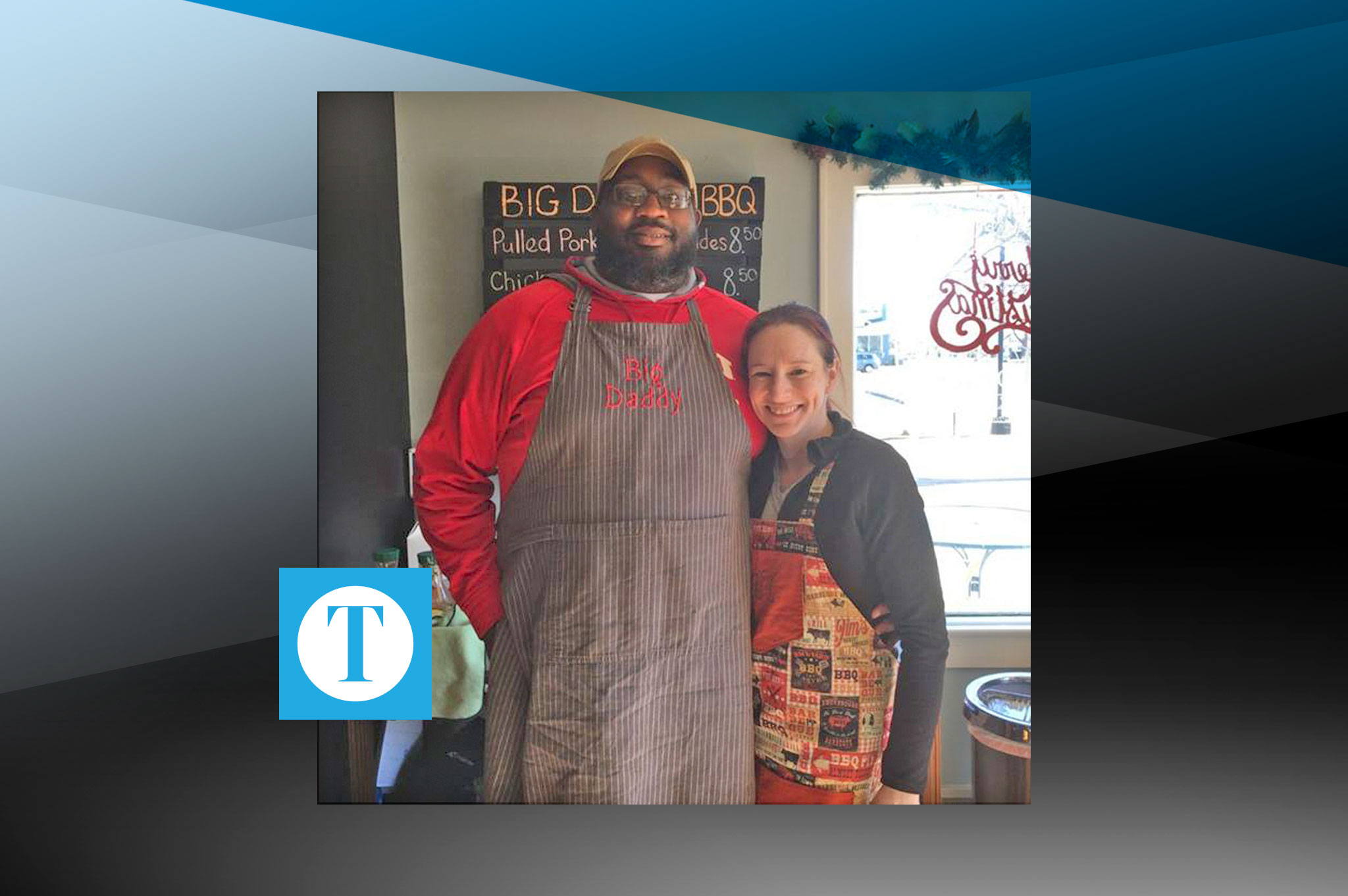 Big Daddy’s BBQ (BDB) was gaining fame across Daviess County for its unique flavors and homemade recipes, when the unthinkable happened.

Joshua Taylor and his wife, Jill Emerson Taylor, worked together for years to build their business when Josh fell ill after having his cardiac pacemaker replaced. The replacement was done so Josh could have an MRI-ready pacemaker for a scheduled MRI on his knee.

“It was supposed to be a routine procedure,” Jill said of her husband’s pacemaker replacement.

However, during the replacement pacemaker procedure, Josh’s heart gave out, and doctors had to use a defibrillator twice to bring him back. After the incident, Jill said her husband continued getting sicker.

“At the end of April, he was hospitalized with pneumonia,” Jill said. “He gained 30 pounds of fluid.”
Because of the severity of Josh’s condition and the additional prospect that his kidneys weren’t functioning properly, Josh was referred to a hospital in Lexington for treatment.

After levels for Josh’s heart function continued to drop, worrying the doctors and Josh’s friends and family, he was finally admitted to Albert B. Chandler Hospital on July 9 in Lexington, Ky.

On July 14, Josh’s heart, lungs, and kidneys failed simultaneously, causing him to undergo a lifesaving ECMO surgery. He then became the first name on the heart transplant list due to his condition. However, he was then removed from the list because he was determined to be too weak to sustain the transplant.

Doctors determined Josh would need a left ventricle assist device (LVAD), a machine that does the work for the heart. The LVAD surgery was scheduled and then pushed back, adding extra stress to the couple as they waited incessantly for good, or at least better, news. Finally, Josh was able to have the LVAD procedure on July 29, and his surgery was successful.

Since the LVAD procedure, Josh has been deactivated from the heart transplant list as his body needs a few months to heal. Jill says he will be reactivated 90 days following the surgery.

“We’re looking at a year for his new heart,” Jill said. Adding that Josh’s condition had also improved to the point of only requiring kidney dialysis three times a week, rather than the daily dialysis he was receiving beforehand.

As Josh’s condition slowly but surely improves, Jill–who has stayed by her husband’s side the entirety of his stay in Lexington–says it’s been a frightening, tough road for the two of them.

Josh, she says, has lost 100 pounds since the three-month journey began. He only recently has been able to speak out loud to his wife, which is a huge blessing in Jill’s eyes.

“At first, he had to mouth his words to me, and I had to lip-read, which was awful,” Jill said. “He doesn’t have his same voice back yet — it’s starting to sound closer to what it sounded like before though.”

Other recent improvements have included the removal of Josh’s feeding tube, which was taken out a week ago. Jill said they just began receiving daily schedules to further Josh’s progress, which means the two of them are one step closer to leaving the hospital.

While most healthy adults take the little things for granted, a daily schedule for Josh consists of activities such as touching his index and middle fingers on both hands to his mouth, rolling over from side to side without help (but with assistance from the bedrails), feeding himself 75 percent on his own, and removing his own glasses.

“They took him outside a few days ago,” Jill said, adding that it was the first time Josh had felt the sun on his skin in months. “On non-dialysis days, they’re going to get him outside.”

Bedsores on Josh’s backside and his head have caused some minor issues with his rehabilitation process but, in two to three weeks, Jill said they should be relocated to Cardinal Hill–a rehabilitation facility that specializes in addressing bed sores and other discomforts Josh experienced during his recovery.

For those wishing to donate to help assist Josh and Jill in their journey, a GoFundMe has been set up for Joshua’s Heart Failure Campaign.