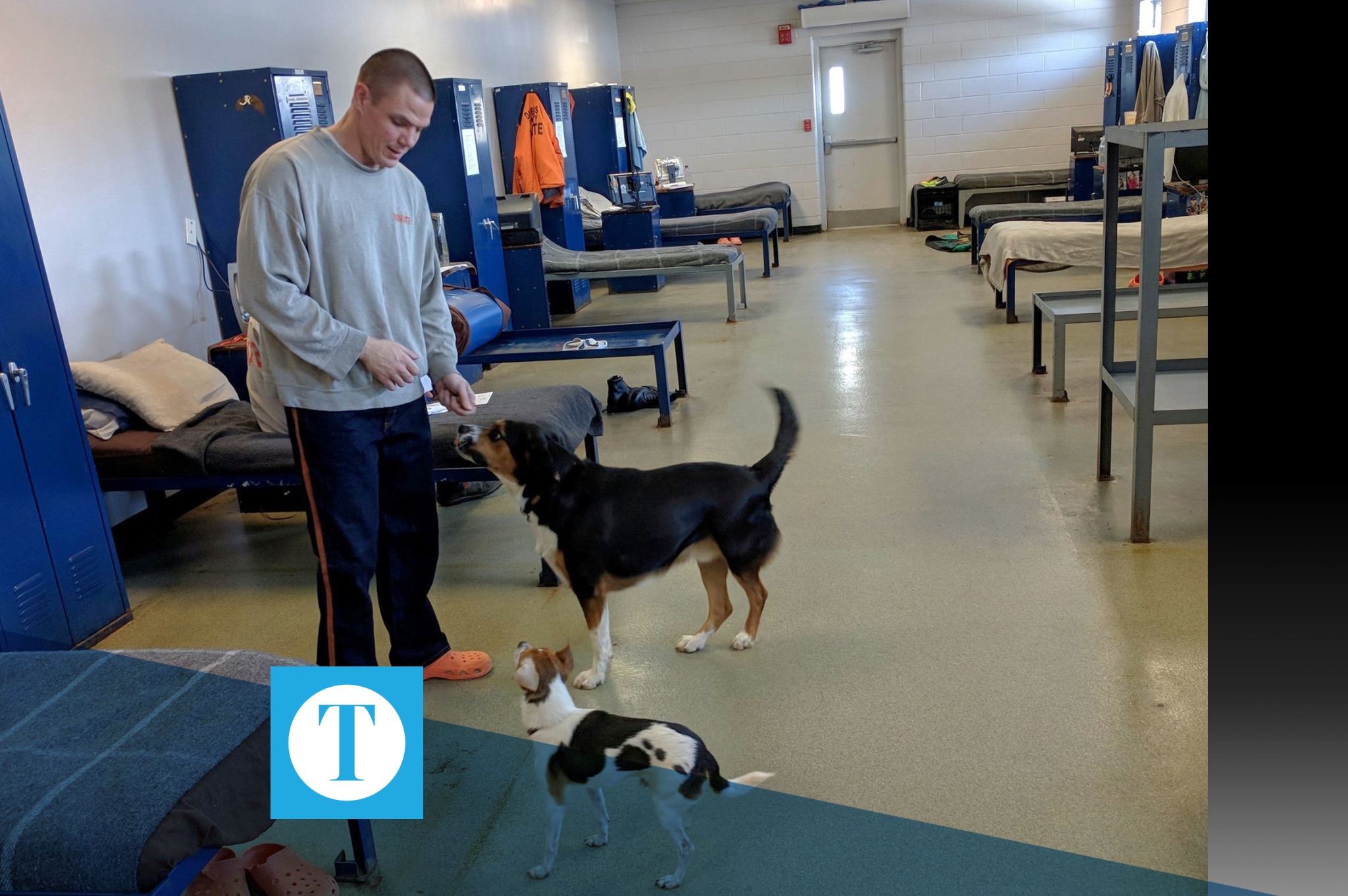 Shelter dogs and inmates have a lot in common — they are confined to small cells, don’t get a lot of interaction with the outside world and just want something to do to pass the time.

John Austin, president of SparKY, said one advantage of the program is the inmates have the time to really bond and get to know the dogs.

“We get to know about their temperament, personality, likes and dislikes — we get to have a better idea of the type of environment they might flourish in, where in the traditional shelter model we would not,” he said.

The dogs, who get full attention from the inmates, love the companionship. For more than 10 years the program has been growing and thriving.

When the dogs complete the 12-week course, a graduation ceremony is held to recognize their accomplishments — pomp and circumstance and all. The next round of training starts in October with about 12 dogs being accepted into the program.

If someone is considering adopting a death row dog, Austin suggests they come to the ceremony and talk with the inmates who worked with the dog so they can better understand the dog’s personality. The dogs are required to complete the death row dogs program before adoption.

Austin said, while the facilities pay for items for the dogs, donations of food and toys are always welcome.

The dogs at the jail are placed with non-violent offenders — some of the most trusted inmates at the facility — who are close to the end of their stay.

Austin said to be chosen to work with a death row dog is considered a real perk, something the inmates desire, so often criteria is established relating to caretaking and behavior.

“Some of it is due to the fact that they have a sense of purpose with the dogs,” Austin said. “I think the socialization is crucial. I do think it’s beneficial to our inmates.”

Daviess County Jailer Art Maglinger said, from his experience, most of the inmates express that they enjoy and are rewarded by caring for the dogs.

“I personally like the SparKY’s program because the inmates learn responsibility and compassion for dogs,” he said. “It benefits the community while the dogs are waiting to be transferred. For the inmates, doing jail time can be rough on them and their families they are separated from. Caring for the dogs should enable the inmates to develop a bond in the absence of being apart from their family for a prolonged amount of time.”

Additionally, the inmates help care for several acres of gardens, as well as numerous chickens and ducks at the facility, giving them life skills they may choose to utilize upon their release.