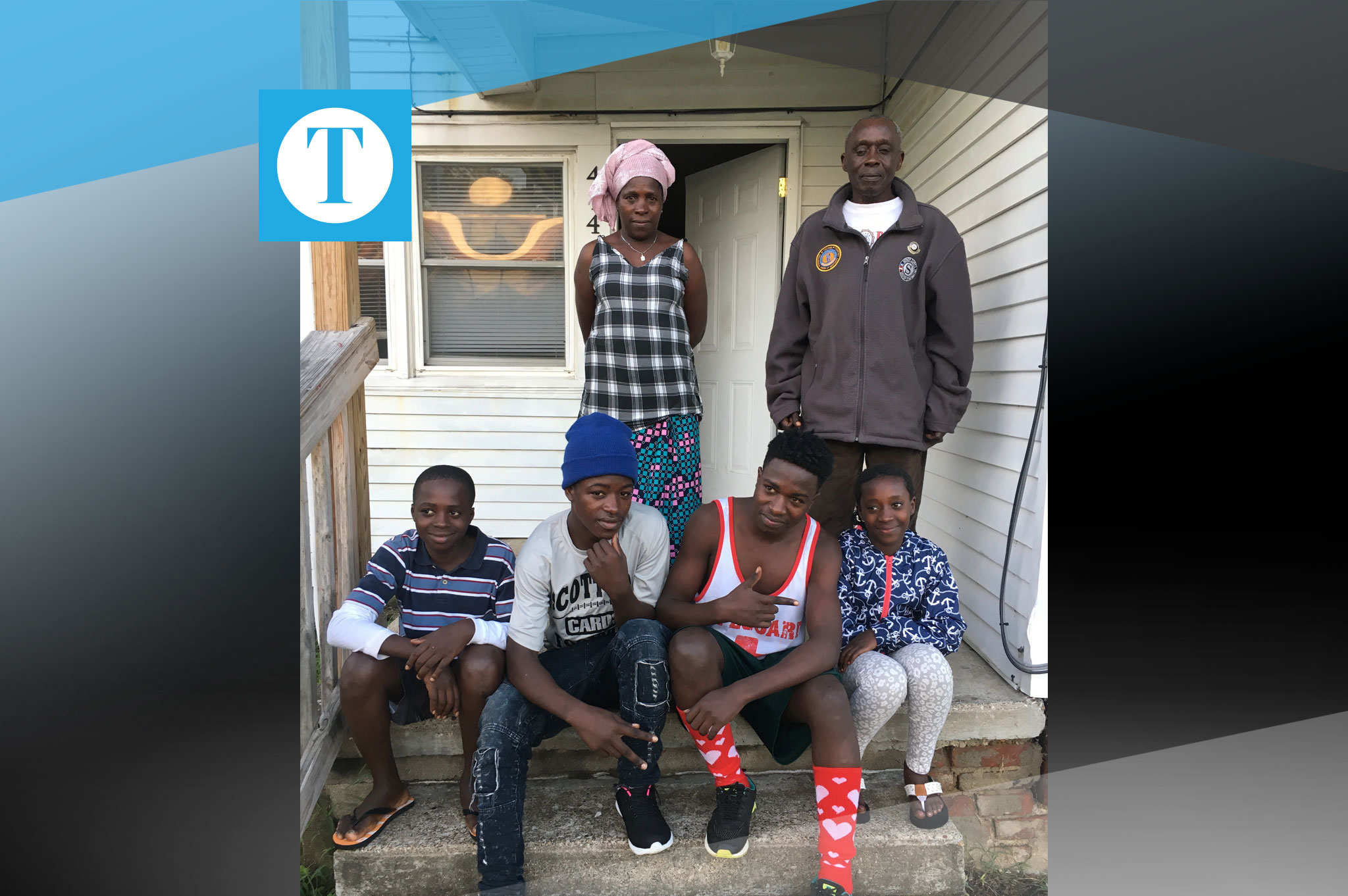 On Sept. 8, 2018, Owensboro welcomed its first refugees from the Democratic Republic of the Congo (DRC), the Katokwa family. Displaced from their homeland and living in a Ugandan refugee camp for as many as 22 years, Bagaye Jean, his wife, Jane, and four of their children, Musafiri, Tushukutu, Inocent, and Penina, were relieved to have found refuge in their new home here in Owensboro.

Over the past twenty years, war and political upheaval have continued in the Katokwa family’s homeland, expanding to include conflict with nine African countries, another presidential assassination, and unrest from rebel armies that disagree with current leadership. As a result, Congolese natives remain unable to return home.

“We fled on foot and walked for twenty-two days,” Katokwa said.

During the 22 years Katokwa spent in the refugee camp, he lost four children, including one daughter who had five children of her own. One of his surviving daughters is still in the Ugandan refugee camp, caring for her sister’s children. Her plan is to join them in Owensboro as soon as they are granted passage. Katokwa’s wife, Jane, gave birth to four of their children while in the refugee camp.

When asked what life was like in the refugee camp for his family,  Katokwa recounts that everyone was fed on corn and potatoes because the camp contained a working farm. He credits the United Nations with providing rice, beans, flour and peanuts for sustenance.

After years of waiting, Katokwa was finally able to obtain resettlement to the United States for part of his family.

Anna Allen, site coordinator of the International Center of Owensboro, and Dr. James Litsey of The Welcome Project, have been instrumental in assisting the Katokwa family with necessary appointments, paperwork, and every part of assimilation to Owensboro.

Dr. Litsey and The Welcome Project have made it their mission to assist the International Center in welcoming refugees to Owensboro by enlisting churches to help with their transition.

This non-profit organization trains church groups to walk with refugees through the 90-day refugee resettlement program, including tasks like registering with Social Security, signing up for English classes, helping with grocery shopping, obtaining photo identification and registering children for school.

Aside from the mandatory tasks, Litsey says that the goal in matching an Owensboro family with a refugee family is to welcome them and build relationships as commanded by Jesus in Matthew 25.

The United Nations News states that “as 2018 began, some five million Congolese were displaced.”

Even though he has endured war, grief, tragedy, and the loss of his homeland, Katokwa has a jovial personality and positive outlook on his future. He dreams of his children living well in the United States, attending school and working.

“We want to stay here and work. Even me!” he said with a laugh.

For more information on how you can get involved with The Welcome Project, please call 270-363-3856 or [email protected]