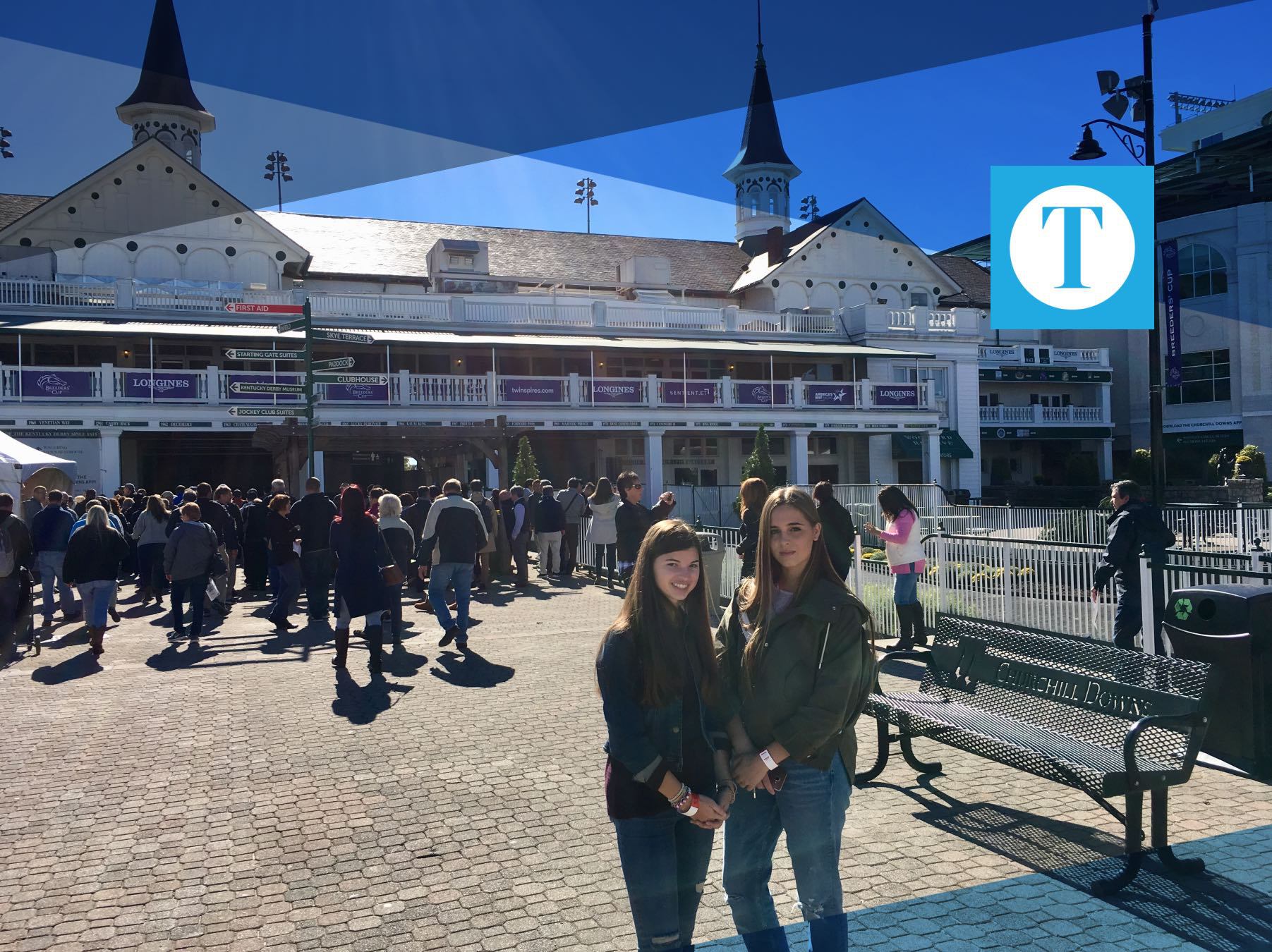 For two weeks in October, Owensboro families are playing host to eight high school students and their teacher from Olomouc, Czech Republic, as part of an ongoing cultural exchange program through Owensboro Sister Cities and Regions.

Nela Vitovjáková is a 17-year-old junior at Gymnázium Hejčín in Olomouc, Owensboro’s sister city in the Czech Republic. She is living with the David and Sara Hemingway family during her visit to Owensboro, and Mary Grace Hemingway, a junior at Owensboro High School, is her host student.

This is Vitovjáková’s first visit to the U.S. and her first flight.

Because this is a cultural exchange, the students don’t spend every day attending classes. Vitovjáková and her Czech classmates have toured and spent time with students at Owensboro, Apollo and Catholic High Schools, Tamarack Elementary School and Brescia University.

Vitovjáková saw some differences between high schools here and in the Czech Republic.

“[The students here] can choose all of their subjects, or most of them,” she said. “We cannot do that. We have 13 subjects that we have to take and only three that we can choose.”

In the Czech Republic, students stand when their teacher enters the classroom as a sign of respect.

“We know the teacher is in the room and [this shows] we are ready to listen,” she added.

The students have also visited City Hall to meet with Mayor Tom Watson and attend an Owensboro City Commission meeting. Other items on their itinerary include a walking tour of downtown, museum tours, time at the HealthPark and a Thanksgiving/Halloween party to give them a taste of these uniquely American holidays.

Vitovjáková said she really enjoyed their time at Puzzle Pieces and is looking forward to the tour at Wendell Foster.

The itinerary also includes plenty of time with the host family. Mary Grace Hemingway has taken Nela to the movies with her friends, to watch high school soccer and football games, to eat at Chick-Fil-A and to shop at Target and Ulta. She has also introduced Vitovjáková to Oreo cookies.

Because Vitovjáková competes in show jumping and dressage in Czech Republic, the Hemingway family took her on a road trip to visit the Derby Museum, tour Churchhill Downs and watch some races at Keeneland.

“We had such a great experience the first time,” said Sara Hemingway, whose son Will hosted a Czech student when he was a junior at OHS.

Mary Grace Hemingway says she is learning about Czech culture from Vitovjáková.

“I didn’t really know much about Czech culture before she came,” she said.

She said she has learned about social clubs just for teens and that Czechs cannot get a driver’s license until they are 18, which is also the legal drinking age.

As a host in the exchange, Mary Grace Hemingway is eligible to travel to Olomouc to stay with Vitovjáková for two weeks next fall.

“I really want to,” Hemingway said. “I hope my schedule lets me.”

Vitovjáková is happy that she made the trip to Owensboro.

“I thought this was going to be like a whole different world,” she said. “It is different, but it is not as different as I thought it would be.”