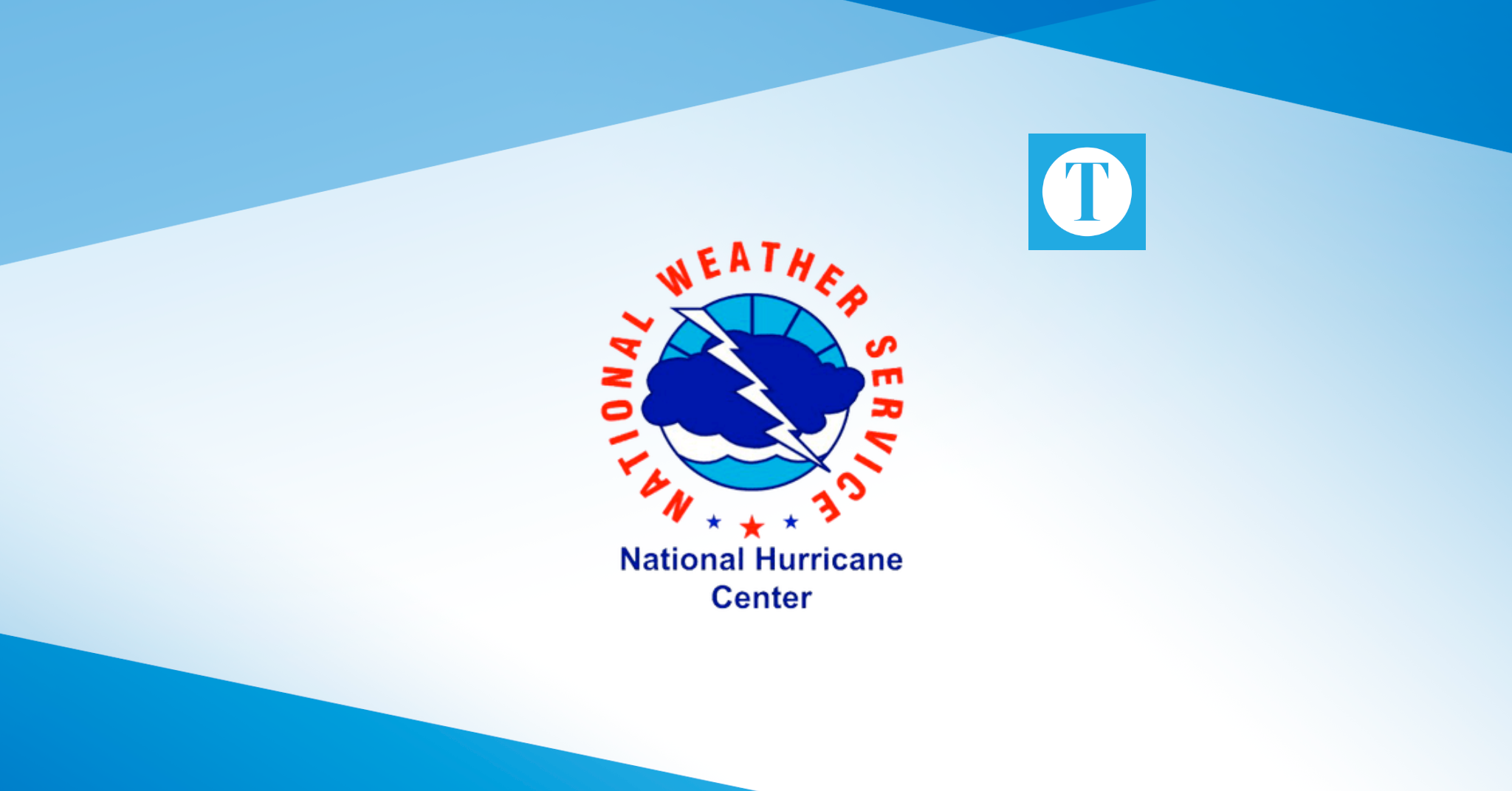 According to the National Hurricane Center in Miami, Fl, the core of Hurricane Michael is closing in on the coast of the Florida Panhandle. It is currently 60 miles from Panama City.

The National Hurricane Center in Miami, FL has warned that an “extremely dangerous Category 4 hurricane” is strengthening as it heads to Florida’s Panhandle. “Life-threatening storm surge, hurricane force winds and heavy rainfall” are expected along Florida’s coast.

Michael is currently 140 miles from Panama City with maximum sustained winds at 140 mph.

A NOAA bouy, located about 90 miles south-southwest of Panama City recently reported sustained winds of 60 mph and a wind gust of 76 mph.

According to FloridaDisaster.org, a division of emergency management, Florida Governor Rick Scott requested that President Trump declare a pre-landfall emergency in preparation for Hurricane Michael, which is currently forecast to make landfall as a Category 3 hurricane in the Florida Panhandle very soon. This declaration will provide important resources and assistance from the federal government, as well as free up funding sources for emergency protective measures.

Walton County Emergency Management has an issued a mandatory evacuation order for coastal evacuation in zones A, B and C.

Three other Florida counties have issued mandatory evacuations as of 6:00 p.m. — Gulf, Wakulla and Bay.

A hurricane watch is now posted for the northeast Gulf Coast from the Alabama/Florida border to Suwanee River, Florida. This includes Pensacola, Panama City and Tallahassee. Hurricane watches are issued 48 hours before the arrival of tropical-storm-force winds which is when outside preparations become dangerous, according to FloridaDisaster.org.

Alabama Gov. Kay Ivey has also declared a state of emergency ahead of Hurricane Michael’s arrival.

According to Florida Emergency Services in Bay County, Florida, evacuation orders are prepared to go out Tuesday morning at 6 a.m.; however, “Chief Mark Bowen is asking for those who can do so to evacuate Monday.”

“At 11 a.m. (EST), Michael was upgraded to a hurricane and could potentially be a Category 3,” said Dennis Feltgen the Communications and Public Affairs Officer for NOAA’s National Hurricane Center in Miami.

The greatest impacts will be from wind and water, with 8 to 10 inches of rain in the Panhandle and 7 to 12 foot storm surges along the coastline, Feltgen said. The Panhandle area includes: Pensacola, Fort Walton, Destin and Panama city beaches.

Residents in the storm surge and hurricane watch areas should follow any advice given by local officials, as storm surge and hurricane warnings will likely be issued later today. To those who are vacationing and may make light of this storm, Feltgen said, “this is a big deal,” and to pay attention as this is developing and be aware of the dangers.

Hurricane categories are not determined until the center moves onshore, but high winds are expected Tuesday night and will increase throughout the night and into the next day, when the hurricane is expected to make landfall.

According to the National Oceanographic and Atmospheric Administration’s (NOAA) National Hurricane Center (NHC), the satellite presentation of Michael has continued to improve overnight and this morning and an eye is becoming visible. Imagery was confirmed by the Air Force Reserve reconnaissance aircraft.  The aircraft found flight-level winds that support the upgrading of Michael to a hurricane for this advisory.

Michael is forecast to be a dangerous major hurricane when it reaches the northeastern Gulf Coast on Wednesday, and a life-threatening storm surge is possible along portions of the Florida Gulf Coast, regardless of the storm’s exact track or intensity.

NOAA NWS National Hurricane Center is providing Facebook live broadcasts to provide viewers with the most immediate information as they track Michael.

A storm surge watch is in effect from Navarre Beach, Florida, eastward through Destin, Florida. Possible storm surges between 2 and 4 feet will be possible in the watch area as the core of Michael moves inland along the coast of the Florida Panhandle. To the west from Navarre Beach to the Alabama and Florida state line, coastal flooding with surges between 1 and 2 feet will be possible.

Flash flooding is also a threat across portions of the forecast area, especially along and southeast of Interstate 65.

Uncertainty still remains with regard to the latest track and intensity of Michael, but the threat for impacts have increased across much of the forecast area.

According to the NWS in Tampa, FL, parts of the west coast is also under storm surge and tropical storm watches.

The storm is currently 710 miles south-southeast of Mobile, AL or about 690 miles south of Pensacola, FL and is moving north at 7 mph.

Those in the path of the storms are asked to monitor the latest forecast and prepare now for possible strong winds, heavy rainfall, and storm surge flooding.

With many people from Owensboro currently vacationing in the Florida panhandle, the elevated risk of Tropical Storm Michael moving to a Category 1 hurricane has now become a threat for those in Florida and a concern on the minds of those remaining at home.

With the U.S. National Hurricane Center on Sunday upgrading Michael from a tropical depression to a named tropical storm, due to wind speeds increasing up to 50 mph, Governor Rick Scott has issued an executive order declaring a state of emergency for counties in the Florida Panhandle and the Big Bend region, as the state continues to monitor and prepare.

“Michael has the potential to bring devastating impacts to communities across the Panhandle and the Big Bend,” Scott said. “Every family must be prepared.”

TS Michael has the potential to bring devastating impacts to communities across the panhandle and the big bend. Every family must be prepared.

According to FloridaDisaster.org, a division of Emergency Management, “Governor Scott is ensuring that state and local government has ample time, resources and flexibility to get prepared for this storm.”

Tropical Storm Michael is expected to bring heavy rains and strong winds to Cuba tonight and Monday, with the threat to the northeastern Gulf Coast continuing to increase.

The NHC is calling for total rainfall amounts of 3 to 7 inches over western Cuba, with isolated totals of 12 inches. Lower rainfall amounts of 2 to 4 inches were predicted for the Florida Keys and Mexico’s Yucatan Peninsula. The storm is moving north at close to 5 mph with an increase in forward speed expected in the next few days.

According to the National Oceanic and Atmospheric Administration (NOAA), a Tropical Storm Warning means that tropical storm conditions are expected somewhere within the warning area, and in this case, within the next 12 hours.

Michael is expected to strengthen over the next two days and become a hurricane Monday night or Tuesday. Since Category 1 hurricane wind speeds are 74 to 95 mph, Gov. Scott says Michael could become a Category 2 by the time it makes landfall mid-week with winds in those areas possibly reaching more that 100 mph.

The National Weather Service in Mobile, AL has issued a Coastal Hazard Message that dangerous and life-threatening surf conditions are a concern along the beaches of Alabama and northwest Florida with advisories for high rip current risk and high surf in effect from 7 a.m. Monday to 5 a.m. Thursday.

Surf heights will quickly build through midweek with heights of 3 to 5 feet on Monday, increasing to 5 to 8 feet Tuesday, and 8 to 10 feet on Wednesday.

People who are in the projected storm path are encouraged to listen to NOAA Weather radio for more information and updates.