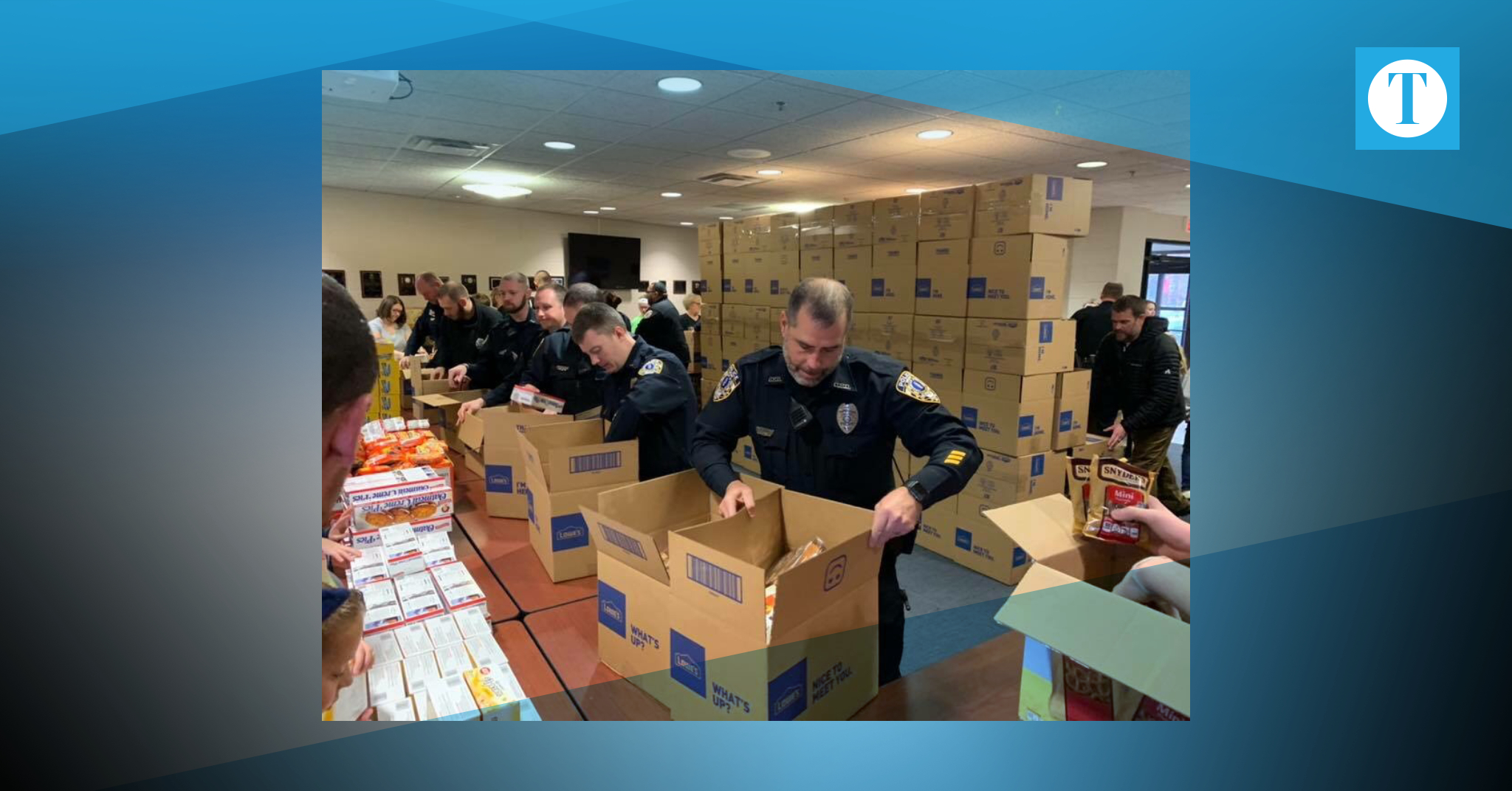 OPD officers and families were involved in Operation Santa. | Photo courtesy of OPD

Close to 300 Owensboro families were given boxes of donated goods as part of the Operation Santa program implemented by the Owensboro Police Department. On Thursday morning, around 30 OPD officers, OPD administration workers and alumni from the Citizens Police Academy — as well as OPD family members — loaded the 300 boxes into multiple vehicles and distributed them for nearly three hours.

Items inside the boxes included canned soups and stews, spaghetti pasta noodles and sauce, crackers, granola bars, cereal, and other dry goods. Each family also received a ham as part of their Operation Santa package.

“We get the names of families [served] from a variety of places,” said Andrew Boggess, Public Information Officer for OPD. “Some are names we get from Meals on Wheels, the Elizabeth Munday Center (now known as the Senior Community Center of Daviess County) and the school systems. Officers have also run across families they know are having a hard time.”

Lowe’s donated the 300 boxes the food items were delivered in, while other businesses and organizations either donated items free of cost or heavily discounted.

Boggess said the reaction OPD received from the families was “overwhelmingly positive.” One woman sent a message to OPD expressing her gratitude for the box her family was given. She told OPD that she’d run into a rough patch with her job, and that her family had been struggling.

“She said it couldn’t have come at a better time,” Boggess said. “It’s a great cause and very worthwhile. It just feels good to do stuff for others, especially at this time of year.”