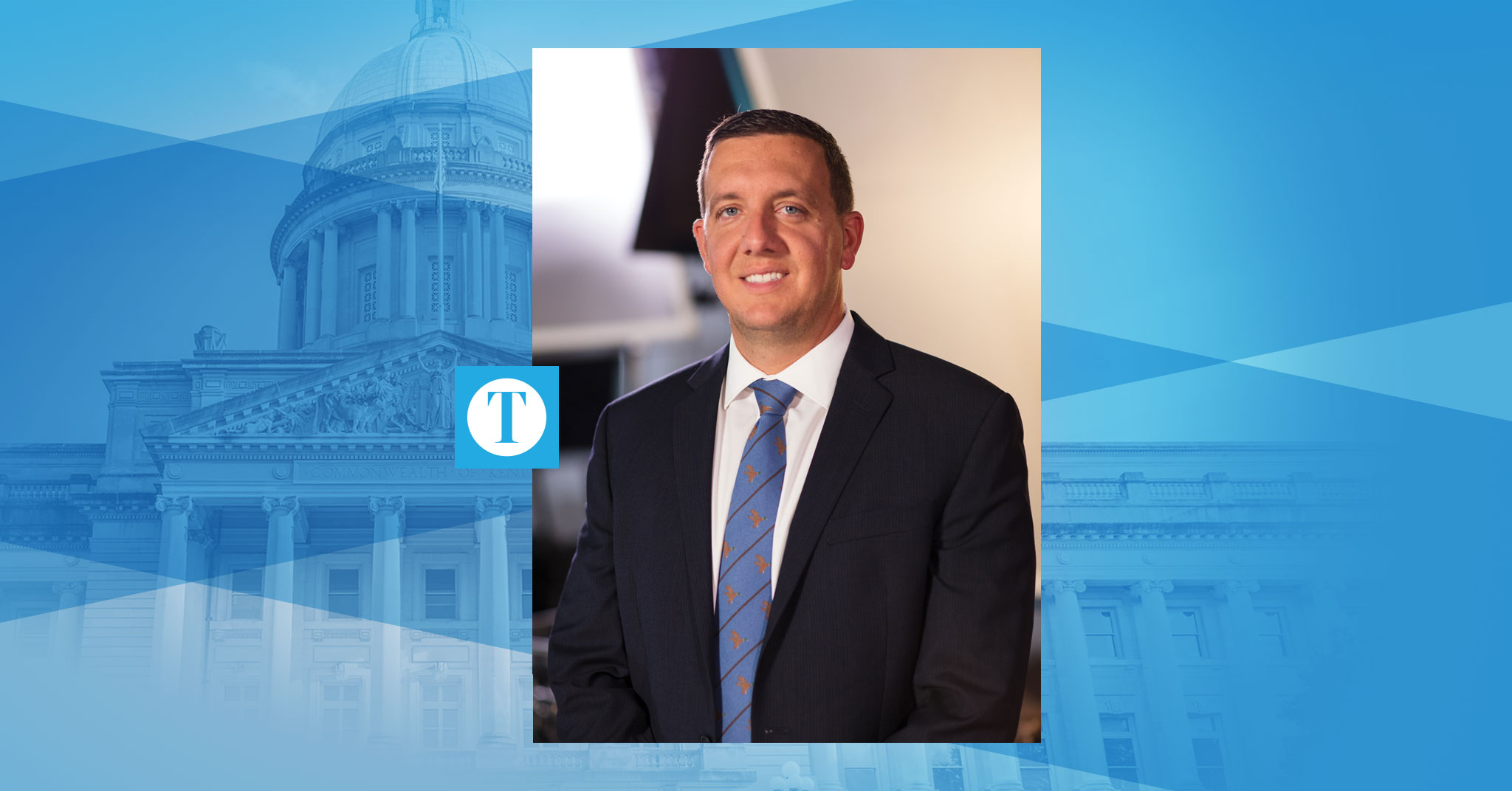 Kentucky State Senate rules require members to be at least 30 years old. At 32, Matt Castlen is one of the youngest state senators ever elected in Kentucky, but he does bring experience to the job. After spending two years in the Kentucky House of Representatives, he defeated Bob Glenn in the November 2018 election to fill the 8th District Senate seat of the retiring Joe Bowen.

As he travels to Frankfort to be sworn in as a Senator at the beginning of the 2019 legislative session, Castlen, who also owns Castlen Steel in Owensboro, relishes the days ahead.

“It’s exciting to see what the direction will be for 2019,” he said. “The economy is strong and the unemployment rate is at an all-time low. It’s exciting to go up and continue efforts to move Kentucky forward.”

In the Senate, Castlen will have to adjust to fewer members – 38 instead of 100 in the House – and he can settle in for a four-year term instead of the House’s two-year terms. He’s also building relationships with local officials and constituents in his new district. The 8th Senate District includes Daviess, McLean and Hancock Counties whereas his the 14th House District he represented included Daviess and Ohio Counties.

Here is a look at a few issues Castlen expects to face in the 2019 30-day short session (the legislature meets for 30 days in odd-numbered years and 60 days in even-numbered years):

After the tragic shooting at Marshall County High School a year ago this month that left two students dead and 18 injured, the General Assembly created a working group to study school safety in Kentucky. The group is expected to file the results of their study as a bill this session. “It’s a priority of the House and Senate to work together to protect our students,” Castlen said. The bill is not expected to address gun control. More details will be available when the bill is filed.

The General Assembly passed major changes to the tax code in 2018, but the legislation also led to some unintended consequences, such as requiring non-profit organizations to pay sales tax on their fundraising events. There appears to be bipartisan support to fix this issue; Castlen said a bill has already been pre-filed to address the problem.

Castlen said he has already spent quite a bit of time working on a bill that would make abortions in Kentucky illegal after a heartbeat has been detected, which usually occurs at about the sixth week of pregnancy. He is sponsoring the bill and plans to introduce it this session. “I believe it stands a really, really good chance of passing,” he said. “It’s a very pro-life session. I feel like that will be law before we know it.”

The Kentucky Supreme Court recently struck down the pension reform bill the General Assembly passed in 2018. A special legislative session just before Christmas failed to pass a new bill, so the issue is still waiting for lawmakers as they return in 2019. While Castlen said lawmakers will continue to discuss the issue, any resolution may be difficult. “It’s an issue for all of us,” he said. “We sat through the special session and couldn’t rally the votes. I would hope we could get something to pass. I’m supportive of pension reform – some are skeptical.”

The legislature will meet from Tuesday to Friday this week to elect leaders, make committee assignments and cover main priorities as they begin to address a few bills. They will then recess until February 5, when they will begin the 26 remaining days. From March 14 to March 28, the governor will consider the possibility of vetoes before lawmakers return for the final two days of the session on March 28-29.

Juggling his Senate duties with the demands of his business and time with his wife and two children is a balancing act, but Castlen is invigorated for the next few months.

“[Running a business] helps with understanding what constituents deal with on a daily basis,” he said. “It’s tough and requires a lot of hours and a lot of dedication, but I’m young and energetic and I’ll carry on like I am for now.”

Castlen encourages residents of Daviess, McLean and Hancock Counties to call his legislative office with their comments and concerns.

“I value everyone’s opinion,” he said. “It’s nice to hear from everyone back at home.”