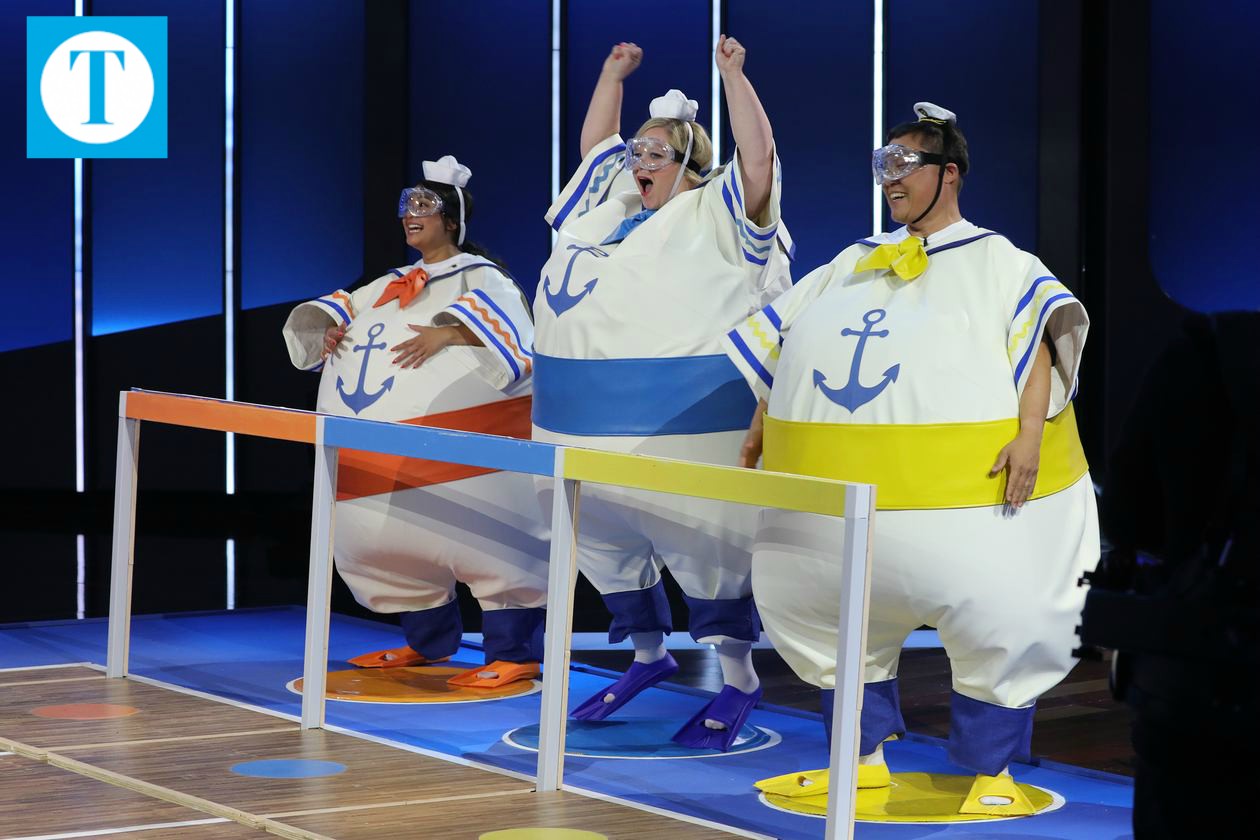 For superfan Jodi Scott of Owensboro, being chosen as a contestant for the NBC show “Ellen’s Game of Games” hosted by talk show host Ellen DeGeneres, was dream come true. But Scott said applying to be on the show was a whim after a tough day at work.

“I never expected to hear anything,” Scott said. “I was in shocked when I got the call from Warner Brothers.”

But what was even more surprising to Scott was the process required before she could officially be a contestant.

“I had three months of intensive interviews,” she said.

Producers interviewed Scott via Skype, even playing games with her through the video conference. Scott had to submit photos and videos of herself actually playing games.

“I knew I had to stand out,” Scott said.

What possibly set her apart was the variety of her videos, which showed Scott playing in inflatable bubble balls, a ping pong tournament, a game of pool and throwing darts. Beyond this, Scott was asked a lot of personal questions about what she liked to do in her spare time, her family and three children, her passions for her job.

Scott is a nurse in the Owensboro Health Regional Hospital NICU, a job she has had for the last seven years. “I love my job,” Scott said. “It’s a blessing to go to work every day.”

After being accepted on the show, Scott said she and her husband were flown to Hollywood, where a driver picked them up from the airport and took them to a hotel at Universal Studios, courtesy of the show. The day of the taping, Scott went through hair, makeup and wardrobe, a highlight for her.

Scott was one of three contestants who played a game called “Oh, Ship!” In the game, DeGeneres asks contestants, who are dressed in inflatable sailor costume and flippers, questions. The contestants then have to run across a slippery surface to three portholes, all with different answers. The goal is to be the first to the porthole with the correct answer. Contestants at the portholes with incorrect answers are blasted with water.

Scott said her only interaction with DeGeneres was during her game, but said that she was very kind.

“I love Ellen,” Scott said. “I’ve been watching her all my life. She’s just so giving to others.”

Scott was unable to reveal the results of her game or if she progressed further in the show. If she won “Oh, Ship!” Scott would advance to “Know or Go,” where contestants of winning rounds answer questions and are dropped through a trapdoor if incorrect. The final player left in that round then plays the final game, “Hot Hands,” where the finalist is given 30 seconds to identify 10 celebrities photos.

“People will just have to watch to see if I win,” Scott said.